The Government has unveiled plans to roll out 6,000 new electric vehicle (EV) charging points across A-roads and motorways by 2035, in order to spur the adoption of zero-carbon transport. 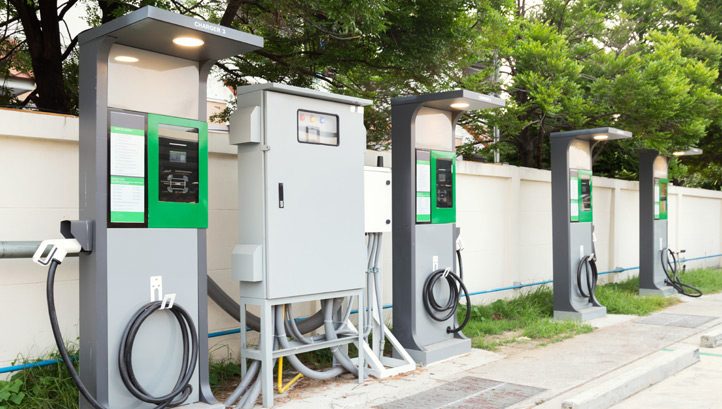 The Rapid Charging Fund is part of a £500m EV commitment issued by the Government in its most recent Budget announcement. It will facilitate the delivery of 2,500 high-performance charge points across key roads in England by 2030, which will rise to 6,000 charging points by 2035 – the year the Government is aiming to ban the sale of new petrol and diesel vehicles.

The Department for Transport (DfT) currently notes that EV drivers in England have access to around 800 50kW chargers on motorways and A-roads, averaging around two per service station. As such, motorists may have to drive more than 20 miles to access their nearest charging point.

The new chargers promised in the Rapid Charging Fund include 150 350kW rapid chargers and at least six rapid, open-access charge points at service stations by 2023. For larger stations, up to 12 rapid charge points could be installed. The 350kW chargers can deliver ranges of up to 140 miles in around 15 minutes.

The news was announced following the Transport Secretary last week announcing £2bn in funding to encourage more people to begin cycling and walking.

DfT figures show that there were 38.9 million vehicles on UK roads last year, 32 million of which were cars. However, EV integration remains low, with new registrations reaching 27,000 in 2019.

Commenting on the announcement Dr Nina Skorupska CBE, chief executive of the REA said: “We welcome the vison released today for rapid charging along the major motorways and A-roads. Targets are important, and that these are being bolstered by a major pot of funding for electricity network upgrades shows significant Government commitment to this agenda.

“This is an important moment for the UK’s electric vehicle sector, one which should give confidence to investors, fleets, and individual drivers alike. Rapid charging is a crucial part of the overall network that the industry is building, and complements the slower chargers currently being installed en-mass on-street, in businesses, and in homes across the country. Ensuring consumer choice in where, how, and with whom drivers charge is a key part of this major technology change.”

Switching all cars on UK roads to available EVs like the Nissan Leaf and Tesla Model 3 would cut the nation’s emissions by almost 12%, new research from Nottingham Trent University (NTU) has found.