25,000 jobs could be created through nature investment, charities tell Treasury

By providing funding for 330 "shovel-ready" nature restoration projects, the UK Government could create 10,000 jobs in the short-term and a further 15,000 in the long-term, while putting itself on track to meet key climate, biodiversity, tree planting and wellbeing targets. 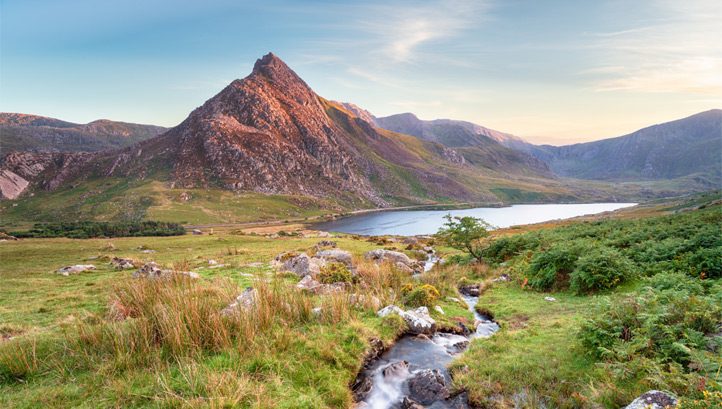 A play on 'build back better'

That is according to an open letter sent to Chancellor Rishi Sunak today (22 July), coordinated by the Wildlife and Countryside Link (WCL) and signed by dozens of organisations in the conservation space and beyond.

The letter presents a list of 330 nature protection and restoration projects which were either underway pre-pandemic and paused during the lockdown, or whose start dates were postponed by coronavirus, where work could begin right away. Project detailed include afforestation, reforestation and peatland enhancement.

Delivering these projects will require £315m of initial investment, according to WCL, and will deliver rapid payback in terms of natural resources, reduced healthcare and wellbeing spending, and job creation. On the latter, the Link foresees the creation of 10,000 full-time equivalent roles in the short-term, and a further 15,000 by the end of the decade. More than 600,000 UK workers are believed to have lost their jobs as a result of Covid-19 to date.

Other benefits touted include the planting of 4.5 million trees, the restoration of 200,000 hectares of at-risk habitat, and, ultimately, the sequestration of a minimum of 100,000 tonnes of CO2 by 2030. The UK Government is notably developing a new tree planting strategy after years of insufficient progress.

In order to deliver the 330 projects, WCL is urging the creation of a ‘National Nature Service’ – a scheme which would provide training for skills around habitat creation and conservation, and, ultimately, paid employment in these fields. Young people in disadvantaged communities, both urban and rural, should be prioritised for participation, WCL argues, as part of the Government’s ambition to “level up” regional economies.

Such a service should be co-developed and co-delivered with assistance from NGOs, community groups, local authorities and businesses, WCL states, to ensure that the maximum benefits are reaped. Services provided by the body in the short-term would include large-scale nature restoration, waterway and public footpath improvements and help for farmers seeking to embed regenerative techniques. The Service would also create a biodiversity taskforce to combat invasive species and ecocide and undertake a “citizen census” on natural capital, to complement the Treasury’s ongoing review into the value of nature on a national and international scale.

Signatories of the call to action include WWF UK, Greenpeace UK, RSPB, Friends of the Earth and the Black Environment Network. From the public sector, the National Union of Students (NUS) Hart District Council, North Lincolnshire Council, North East Lincolnshire Council are represented and, from the private sector, consultancies Bioregional and Forum for the Future, alongside Barclays UK and ClientEarth.

WCL concluded its letter by stating that the recommendations are “just the beginning” – both in regards to the fact that its members will submit additional green recovery demands in the coming days, and that more action and ambition will be required to deliver against key policy aims detailed in the 25-Year Environment Plan, Agriculture Bill, Environment Bill and Fisheries Bill.

“Together, these projects will help to ensure that the economy recovers quickly from the current downturn and, crucially, that it remains resilient in the face of future shocks,” the letter states. “They will also help to even out inequalities, ensuring everyone can live and work in a better environment.”

The Treasury and No 10 have received a string of open letters demanding a “green” Covid-19 recovery package, given that the pandemic has served to highlight social inequalities and has come just as many nations and businesses were planning to ramp-up ambitions and actions in line with the scale of the twin nature and climate crises.

The general consensus within the green economy and beyond is that the package should spur progress towards – not detract from – the UK’s long-term climate targets.

Nature, however, has not formed such a prominent part of the discussion to date.  Business For Nature last week penned an open letter to CEOs, urging them to embed nature regeneration in their business strategies post-Covid-19. The organisation claimed its online event to launch the letter was the first to focus solely on nature.

The key facets of the UK’s recovery package are due to be unveiled in a speech by Boris Johnson later this month. Ministers will then meet next month to fix the specifics, it has been reported.