8 in 10 meat and dairy suppliers failing to act on climate change, investors claim

An analysis of 60 of the world's biggest meat, fish and dairy suppliers has found that most have not set meaningful targets to reduce emissions - leaving the companies who buy from them at risk of missing their climate goals. 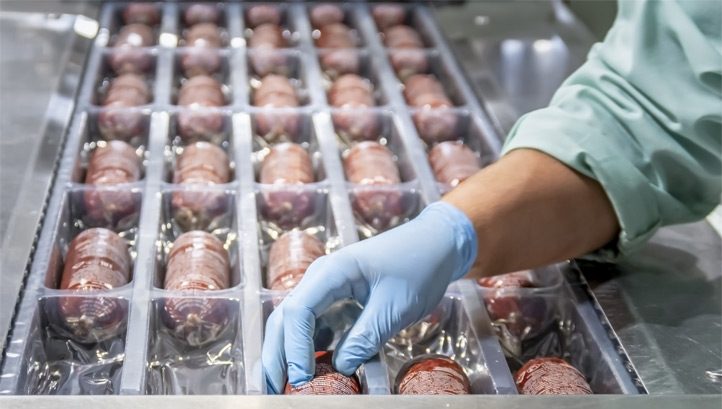 Only three of the 60 companies ranked as 'low-risk' overall

The research was conducted by investor network FAIRR, whose members collectively manage more than $25trn of assets and whose purpose is to help the food sector align with climate science.

It analysed the environmental commitments and performance of 60 of the world’s biggest suppliers in this sector – many of whom have contracts with high-street brands that have robust climate targets, like Tesco, McDonald’s UK and Nestle.

Of these suppliers, 86% have either failed to set or failed to publicly disclose emissions targets which are aligned with the Paris Agreement and only one-quarter have measured their emissions across all scopes. Moreover, a third believe their emissions will increase on a year-on-year basis in 2020, despite the impact of Covid-19.

While many have committed to have targets approved by the Science-Based Targets initiative (SBTi) in the coming months, FAIRR believes that progress has, on a sector-wide basis, been slower than in industries like automotive and mining.

FAIRR also assessed the suppliers’ performance across a broader range of environmental issues, resulting in equally concerning findings. More than nine in ten firms do not discuss metrics or targets to manage wastewater or other potential pollutants and almost three-quarters (72%) are classed as having a high deforestation risk. The biggest deforestation risk for the sector arises from the soy used to make animal feed.

Suppliers were also generally failing to reduce their antibiotic-related risks (70% rank as high-risk); champion animal welfare (68% rank as high-risk) or ensure good working conditions for employees. Less than one-third of the firms analysed report having worker representatives on their health and safety committees.

Across the board, the three worst-performing suppliers were found to be Venky’s, based in India, and Fujan Sunner Development and Fortune Ng Fung Food Hebei, both based in China. The only suppliers classed as low-risk overall are Mowi, Maple Leaf Foods and Bakkafrost.

“The Covid-19 pandemic pushed an already under pressure meat and dairy industry to a tipping point, with many investors losing their appetite for the sector unless standards on sustainability are raised,” FAIRR founder Jeremy Coller said.

“Factory farms are undermining both the climate ambitions of high-street brands and the viability of the Paris Agreement.”

Back in July, FAIRR published research on how food and drink brands and investors are approaching the transition to plant-based diets.

FAIRR dubbed 2020 a “watershed year” for plant-based alternative proteins, as concerns over climate change, animal welfare and nutrition intersected with the trend toward home cooking during lockdown.

The organisation revealed that four in ten food giants now have dedicated teams for plant-based products, including Nestle and Unilever from the consumer goods sector and Coles, Kroger, Sainsbury’s, Marks and Spencer and Tesco from the supermarket sector.

FAIRR’s latest analysis outlines how this trend has impacted suppliers. It shows a 46% increase in the number of companies meeting best practice on alternative proteins. Maple Leaf, based in Canada, ranks best in this category. It has a target to secure $3bn in plant protein sales by 2029.