All change for forestry and food systems: CCC calls for ‘major’ land-use shift to meet net-zero

The way in which land is used in the UK accounted for 12% of national emissions in 2017, meaning that agri-food systems will need to be "rapidly" changed to ensure that the Government's legally binding net-zero target is met. 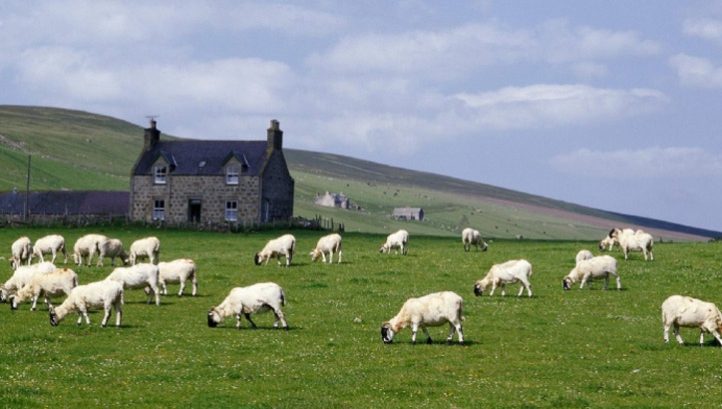 That is the headline takeaway from the Committee on Climate Change’s (CCC) first in-depth advice paper on agricultural policy’s role in the net-zero transition to the UK Government, published today (23 January).

The paper outlines how emissions from land-use can be reduced by almost two-thirds (64%) by 2050, and the residual emissions accounted for through offsetting.  The CCC believes that five key measures, all deadlines at 2050, could deliver this reduction:

The CCC is proposing a mixed portfolio of regulations to drive progress against these aims, which prioritise incentives and tougher legal requirements over taxes and other deterrents.

Recommendations include a new market-based measure to promote tree planting, either through auctioned contracts similar to those offered for renewable electricity or with the inclusion of forestry in a carbon trading scheme. The CCC would like to see this funded through a levy on highly emitting sectors such as fossil fuels, heavy industry or aviation.

Also detailed are a ban on peat extraction and burning on peatland by 2023; investment in education and resources around low-carbon farming practices; low-interest, government-funded loans for bioenergy crops and biomass generation facilities; and new powers to measure and regulate on-farm emissions.

In line with the Treasury’s review into the cost of the net-zero transition and how it could be financed, the CCC report states that the cost of implementing these measures will cost £1.4bn per year between 2021 and 2050. But it also details how their full and timely implementation would deliver at least £4bn worth of wider benefits each year within the same timeframe and notes that annual Government spending on existing agricultural policy measures stands at £3.3bn.

CCC chairman Lord Deben summarised: “The options we are proposing would see farmers and land managers – the stewards of the land – delivering actions to reduce emissions. Doing so can provide new revenue opportunities for farmers, better air quality and improved biodiversity, and more green spaces for us all to enjoy.

“But major changes are required and action from government is needed quickly if we are to reap the rewards.”

The publication of the CCC advice comes at what the Committee is calling a “time of significant change” for green policy in the UK.

Ahead of Brexit, which will see the UK exit the EU’s Common Agricultural Policy, the Department for Food, the Environment and Rural Affairs’ (Defra) this month re-introduced its much-awaited Agriculture Bill to Parliament following a delay of almost two years.

While the Common Agricultural Policy has been widely criticised by green groups for its failure to address biodiversity loss and damage to nature, the Agriculture Bill will see farmers and land managers rewarded financially for work to improve air and water quality; boost soil health; implement flood mitigation and adaptation measures; improve access to the countryside or bolster animal welfare. These payments will be phased in from 2021.

The Agriculture Bill also contains plans to delink direct payments for farmers from a requirement to farm the land, as introduced by the EU; a new requirement for the UK Government to regularly report on food security to Parliament, and stronger powers to improve traceability.

As expected, there has been broad support for the Bill’s main environmental measures, and for the fact that leaving the Common Agricultural Policy will reduce subsidies for factory farming.

However, calls for further detail and action in specific areas – particularly preparing for the impact which post-Brexit trade deals will have on British businesses, from both an environmental and economic angle – remain. At the recent Oxford Farming Conference, delegates told Defra Secretary Theresa Villiers that they do not trust the Government to safeguard food security, given that almost half of food consumed in the UK annually is imported, without compromising on green standards.

Villiers maintains that the Bill’s measures in their entirety will “enable a balance between food production and the environment which will safeguard our countryside and farming communities for the future”.

The CCC’s recommendations build on the IPCC’s landmark report into land use on a global scale, published last summer. The Panel’s research found that 72% of the world’s ice-free land surface is currently being used by humanity – largely for agriculture – and that systems around its use will need to change radically in order to limit the global temperature increase in line with the Paris Agreement.

Based on the findings of thousands of scientific studies from across the world, the report concludes that land use currently accounts for almost one-quarter (23%) of human-caused greenhouse gas (GHG) emissions, with deforestation, other habitat destruction and livestock accounting for the largest proportions of these emissions.

Since the report’s publication, discussions around natural climate solutions and “net-positivity” have increased across the policy and business spaces. However, delivery remains in its infancy.