Almost half of London's commercial buildings are at risk from floods fuelled by the climate crisis, new analysis has warned. 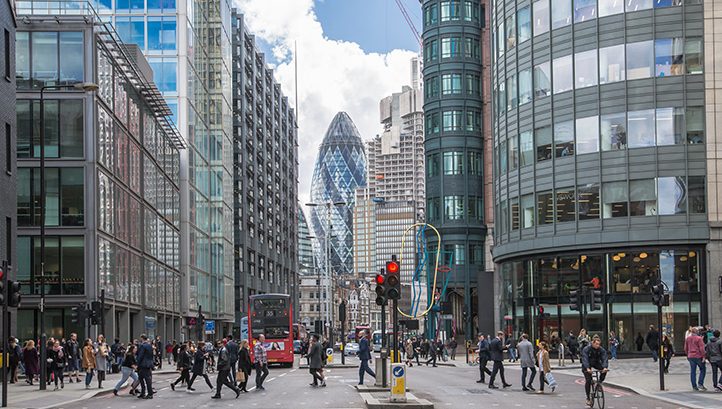 New analysis from Zurich UK has found that 42% of London’s 301,000 commercial buildings will face heightened risks and likelihoods from flooding driven by the climate crisis.

Following last July’s flash floods, Zurich has analysed commercial and mix-use properties in the capital and mapped them against areas at risk of flooding from heavy rain.

The research found that the borough of Kensington and Chelsea was found to have the highest percentage of buildings at threat of flash flooding (63%), followed by Hammersmith and Fulham (56%), Merton (54%), Southwark (54%) and Wandsworth (53%).

The research also warned that 14,780 of London’s 44,3205 basement properties in commercial use are exposed to surface water flooding. Of these, 5,692 face a “high” or “extreme” flood risk, with the greatest number of buildings in Westminster.

Zurich UK pinpoints, paving, a lack of green spaces and increased use of basements as reasons that are putting extra pressure on an already antiquated sewage system in the city.

Zurich UK’s chief claims officer David Nichols said: “Flash floods are one of the most serious climate threats facing the capital. Even at current levels of global warming, we saw the chaos heavy rains caused last year.  More frequent and severe rainstorms could be hugely disruptive for Londoners, businesses and the city’s economy.

“Extreme weather is the new normal, and businesses need to adapt.  It’s crucial that firms urgently assess the flood risks they face and put in place plans to respond and recover.”

Last year the Environment Agency issued a new report outlining how the UK is not prepared for the impacts of a worsening climate.

Entitled ‘Living Better with a Changing Climate’, the report warns that the UK is dangerously underprepared for the physical impacts of climate change that are already baked in, regardless of future emissions reductions on the road to net-zero by 2050.

An increase in winter rainfall of 6%, and a decrease in summer rainfall by 15%, by the 2050s, is predicted. This would have devastating impacts for farmers and would exacerbate water scarcity challenges that are already gripping cities including London due to population growth and aging infrastructure.

The report also has some worrying predictions on flooding, stating that London’s sea level is expected to rise by 23cm by the 2050s and 45cm by the 1980s. Across the UK, river flows will be more extreme, the report warns; they are forecast to be 27% higher in the 2050s than today.

The EA’s findings are similar to those put forward in the Climate Change Committee’s (CCC) latest assessment of climate risk. Published in June, that assessment stated that none of the risks facing the UK have decreased in urgency since the last assessment in 2016. It warned that the costs of damage from extreme weather events could triple by the 2080s without decisive policy action and increased investment in the short term.