Business Secretary Alok Sharma delivered rhetoric that the Government will approach the net-zero emissions commitment for 2050 through a "joined-up thinking" approach, but was unable to confirm any concrete policy announcements that would ensure fossil fuels aren't locked into the future economy. 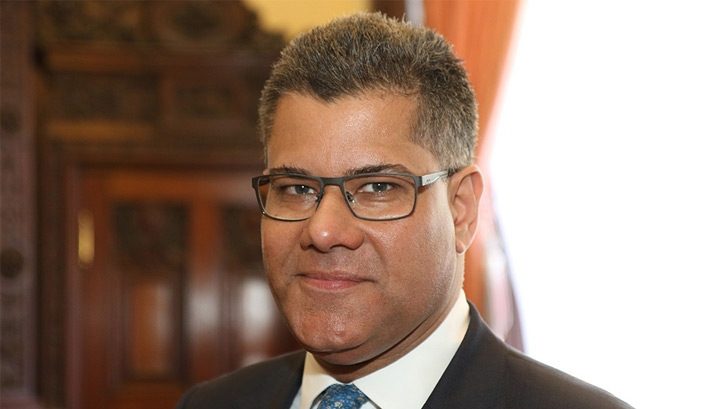 Sharma was quizzed on the UK's roads programme

Business Secretary Alok Sharma faced a barrage of questions from MPs today on efforts to align policy with the UK’s net-zero ambition as part of a virtual hearing with the Environmental Audit Committee (EAC).

Marking the first time that Sharma had appeared in front of the committee, the 90-minute sessions saw the COP26 President quizzed on a plethora of green agenda issues, ranging from green buildings and transport to electronic waste (e-waste) and COP26 preparations.

During the session, Sharma remained adamant that the Government was approaching the net-zero target through a joined-up and strategic approach. This method would see that financial budgets and policy decisions are all aligned with the net-zero target for 2050.

“We are ensuring a lot of joined-up thinking from the Climate Action Committee that we’re sitting on,” Sharma said. “We are ambitious, and we want to make sure that whatever we do is deliverable. Plans are in some ways even more important than ambition and I’m hoping we can set out more of this over the coming months.”

The UK’s climate watchdog, the Committee on Climate Change (CCC) has noted a sizeable “policy deficit” between recent, current and planned short-term action, and what is required to put the UK on track to meet its long-term net-zero target. Of particular concern to the CCC is the fact that no sector is prepared to adapt to 2C of warming above pre-industrial levels by 2100; the ongoing delays to the delivery of the National Infrastructure Strategy and Energy White Paper; the fact that the Buildings and Heat Strategy may be delayed and the lack of a clear carbon pricing trajectory.

The Government’s own projections show that the UK is set to miss future carbon budgets – which will require emissions to fall by an additional 31% by 2030. It is estimated that current government policies will deliver a 10% reduction.

MPs were, therefore, quick to question just how joined-up the Government’s approach to net-zero is.

Caroline Lucas, Green Party MP for Brighton Pavilion questioned the £27bn roads programmes. Highways England confirmed last month that it will be undertaking projects accounting for £14bn of the government’s £27.4bn Road Investment Strategy 2 (RIS2) as part of the UK’s Covid-19 stimulus plan. RIS2 was confirmed by Chancellor Rishi Sunak at the 2020 Budget and will run through to 2025.

The body was keen to emphasise the potential sustainability benefits of its plans, touting £1bn of investment in community-centric projects intended to improve walking, cycling and horse riding infrastructure; boost flood resilience or conserve cultural heritage. It also argued that its plans would help to halt biodiversity loss and would support 64,000 jobs in the construction industry.

Transport Action Network has been threatening to take legal action over RIS2 since April, on the grounds that it is incompatible with the UK’s 2050 net-zero target and the nation’s commitment to the Paris Agreement. It is currently crowdfunding to take its case to the Court of Appeal, which, in February, blocked the expansion of Heathrow Airport on climate grounds.

Lucas said: “If you’re building £27bn worth of new roads, it doesn’t matter what you put on them. The destruction of nature from that many miles of roads is going to be problematic.”

In response, Sharma reiterated that the Government was looking at every policy decision “in a systematic way”.

“When we set out ambitions, we knew that they have to be practical,” Sharma said. “The key issue here is the sort of vehicles…switching to electric vehicles (EVs) it’ll be the biggest driver in cutting transport from the road.”

Sharma faced similar questions on joined-up thinking for impending strategies that have suffered delays as a result of the coronavirus pandemic and the ongoing distractions caused by Brexit.

He again reiterated that the Energy White Paper, Heat Strategy and Buildings Strategy and National Infrastructure Strategy would all arrive later this year, and that all policy recommendations had been discussed with a view to assisting the net-zero target.

Sharma also failed to provide an update on the UK’s Nationally Determined Contribution (NDC) to the Paris Agreement. A handful of nations, namely Chile and some smaller island states, have updated NDCs ahead of the COP26 conference. The UK will be required to update its NDC, having originally submitted one as part of the EU and since setting the net-zero emissions goal for 2050. It could be that the Sixth Carbon Budget – advice on which is set to be published in December – could form the UK’s new intermittent contribution to the global agreement. When asked about timeframes for the NDC, Sharma was unable to confirm whether it would be published this year.

The UK’s updated NDC will likely act as a lightning rod for other nations to set raised ambitions to the global climate accord. Sharma, who has been liaising with the UNFCCC “frequently” this year, expects many nations to delay these submissions until next year as a result of the coronavirus.

Strengthened commitments from nations will likely set the groundwork for how well negotiations go at next year’s delayed COP26 conference.

Sharma revealed that the Government was exploring contingency plans against a variety of potential disruptions – from not being able to hold the summit physically due to Covid-19 and potential protests from the likes of Extinction Rebellion.

Sharma reiterated that a physical “face-to-face” summit would be required to deliver the level of negotiations required to create a new global agreement on climate action.

“Whilst we have the [COP26] presidency, any success we have belongs to all of us. This resonated with other countries. We are discussing with the small island developing states, the big emitters are going to be key also…there’s a lot of joined up thinking going on.

“We have a real desire for face to face negotiations to take place…we want it to be inclusive. We want further participation from individuals virtually as well and are exploring this.”