Online retail giant Amazon has been accused of destroying millions of unsold items every year by ITV, which sent journalists to film undercover at the Dunfermline warehouse. 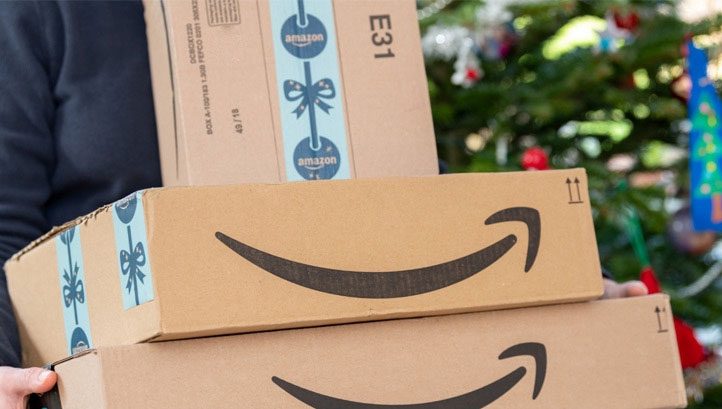 Items pictured in the boxes are said to be a mixture of returned and unsold goods. Unsold goods may be destroyed when the third-party vendor stocking them sees the cost of housing them in an Amazon facility outstrip the benefit of selling them. ITV tracked the lorries that came to collect these “destroy” boxes from the Dunfermline warehouse and found that they were taking them to recycling centres and landfill sites.

Former employees told ITV’s journalists that staff at the warehouse – one of 24 operated across the UK by Amazon – were set targets on how many items to destroy. At one point, they claim, the target reached as many as 130,000 items. ITV claims to have seen documents showing that more than 124,000 items were marked “destroy” in the course of one week in April.

In a statement to media representatives, Amazon did not deny setting such targets. However, it claimed that it never sends returns or unsold goods to landfill in the UK, stating that the “priority is to resell, donate to charitable organisations or recycle any unsold products”. The statement added: “As a last resort, we will send items to energy recovery”. In other words, unsold items may be incinerated in energy from waste (EfW) plants.

Amazon has also insisted that the amount of products destroyed is “extremely small” relative to the amount of goods it sells and that it is “working towards a goal of zero product disposal”. However, no deadline has been set publicly for this goal.

Time will tell how Amazon now pivots. After Burberry was found to be burning millions of pounds worth of unsold stock in 2018, the British luxury fashion house halted the practice within months.

Green groups including Extinction Rebellion (XR) and Greenpeace are now urging Amazon to set stronger circular economy targets and calling for more action from the UK Government to ensure that online retailers are held to higher standards. The Environmental Audit Committee’s (EAC) 2020 review into electronic waste accused online marketplaces of “dodging responsibility” on the issue, as they are subjected to different rules than bricks-and-mortar stores and often claim it is difficult to work with a disconnected value chain of third-party vendors and customers in various locations.

Writing on LinkedIn, Reconomy’s commercial project lead Ben Whitaker said: “Absolutely disgraceful from Amazon, as far as I’m concerned. So much more could be done to help charities both locally and internationally. The volumes of waste [are] astronomical.”

Also on LinkedIn, XR Catalysers member Zoe Cohen wrote: “This is truly obscene. There is no other word for it. How many of us and out national and international institutions are complicit? Governments, investors, insurance companies, banks, regulators, the media…”

Somewhat ironically, the ITV report has been released in the same week that Amazon is marking its annual ‘Prime Day’ sales event in the UK.

Reacting to the ITV report and subsequent media coverage, the Department for Food, the Environment and Rural Affairs (Defra) reiterated its commitment to ensure that at least 65% of national municipal waste is recycled by 2035, with a maximum of 10% going to landfill by that time. The remaining 25% or so could go to EfW under the commitment.

A Defra spokesperson said: “It is vital that more goods are reused or recycled and not condemned to landfill or incineration. Every item thrown away is a waste of valuable and finite resources, and that is why we are committed to creating a more circular economy for our waste and resources.

“We are now reviewing the regulations for waste electrical equipment to drive up reuse and recycling, encourage better eco-design and ensure manufacturers and retailers – including online marketplaces – take greater responsibility for waste electricals.”