Amazon has committed to source 100% of the power generated by a new 115MW onshore wind farm in County Galway, Ireland, as it strives to reach 100% renewable electricity by 2030. 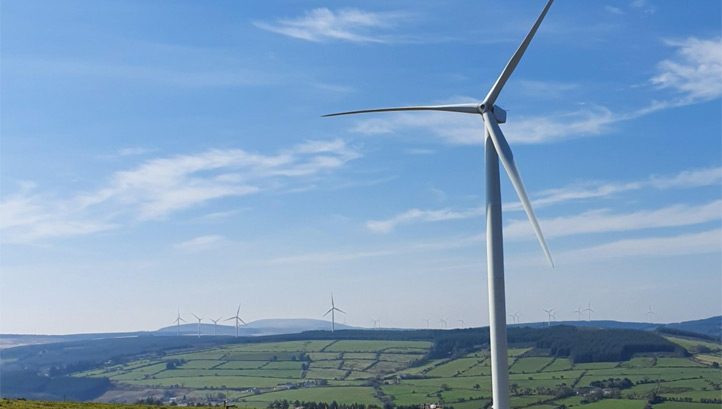 Once the new facility comes online

The e-commerce giant has signed a corporate power purchase agreement (CPPA) with the developers of the wind farm, which is due to come online in 2022. Under the agreement, no public or government subsidy funding is being used to finance the construction of the wind farm.

Power from the new facility will be used to support Amazon’s Web Services data centres in Dublin. While Amazon has a 2030 target to reach 100% renewable electricity globally as part of its Climate Pledge, a 2025 deadline has been set for Amazon Web Services.

The new wind project in Ardderoo builds on Amazon Web Services two existing CPPAs in Ireland, which will see it source power from wind farms in Esk, County Cork, and Meenbog, County Donegal, from September 2020 and early 2022 respectively. Collectively, the three projects will add 229MW of renewable generation capacity to Ireland’s network. The newest project is the biggest of the three.

Amazon said in a statement that by signing CPPAs with the developers of the three sites, mitigating the need for subsidies, €229m (£205m) worth of Public Service Obligation (PSO) costs were avoided by Irish energy consumers.

“Once all projects are operational, we will be the largest single corporate buyer of renewable energy in the country, and we won’t stop here,” the statement read. “Amazon has built a significant presence in Ireland and we are proud to contribute to Ireland’s strong international reputation as a global technology leader. We are even prouder to be contributing to help Ireland meet its renewable energy targets while making our operations sustainable.”

On a global basis, Amazon Web Services also has CPPAs with renewable generation assets in Virginia, Ohio, North Carolina and Indiana in the US; Scotland; Sweden and Spain.

According to the International Energy Agency, about 1% of the electricity produced annually is used in data centres. With streaming and cloud-based technologies set to play an increasingly prominent role in society and the economy in the coming decades, this proportion is only set to increase.

As such, it is important that data centre operators like Amazon Web Services transition to renewables and invest in efficiency improvements. On the latter, the business claims that its method of using fewer servers and achieving higher utilisation rates can reduce power demands by 84%.

Another tech giant with data centre facilities in Ireland is Facebook. It has signed a CPPA with the developers and operators of the 28.8MW Lisheen III wind farm to power its European headquarters, situated in Dublin, and its data centre in County Meath, which is currently being expanded.