Greenpeace and other climate campaigners have accused the Bank of England of backsliding on its green finance commitments and are calling on it to stop providing extensive support to high-carbon sectors as part of its Covid-19 recovery process. 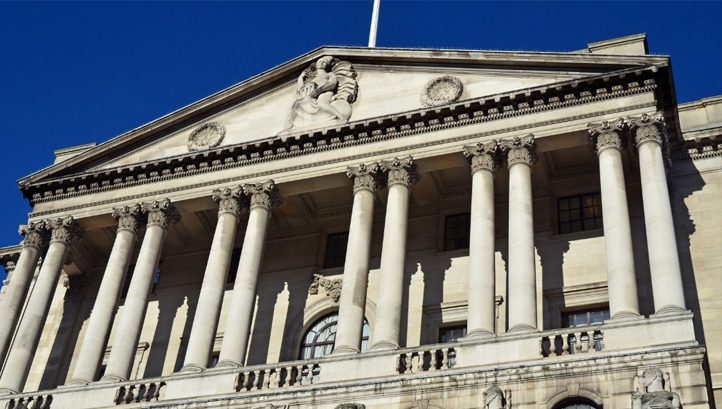 The Bank has, like many financial institutions, faced mounting pressure from environmentalists for some time. When it released its Monetary Policy Report and Financial Stability Report on Thursday (6 August), campaigners took fresh aim at the bank.

The reports confirm that the Bank has been offering – and will continue to offer – support packages to large companies without environmental conditions. They also make no direct reference to climate change. This is misaligned with what Bank of England governor Andrew Bailey promised the Government earlier this year. He told MPs that the Bank would strive to prioritise low-carbon finance and to align its bond-buying programme with the Paris Agreement.

A recent analysis by the New Economics Foundation concluded that the Bank’s Corporate Bond Purchase Programme has invested £11.4bn of its total £20bn in energy-intensive and high-emitting sectors, such as fossil fuels and transport. Pre-pandemic, the Programme stood at £10bn. It was doubled in a bid to help the economy cover after the biggest contraction in modern history.

The Bank of England’s has admitted that its current Bond Purchase Programme approach has resulted in a portfolio which is misaligned with the Paris Agreement. Its 2020 climate-related financial disclosure report concludes that the Bank’s activities are consistent with a 3.5C trajectory.

Regarding the Corporate Bond Purchase Programme specifically, the Bank said its processes and remit were developed to “help the economy recover and keep the financial system safe and stable” which, in turn, “promotes the good of the people of the UK”.

But green groups argue that delivering on these aims would require the Bank to align with the UK’s long-term climate target – net-zero by 2050 – at a bare minimum. The Bank should keep the volume of purchasable bonds level but ensure that the majority go to low-carbon businesses and sectors, the New Economics Foundation, Greenpeace, Positive Money and fundourfuture UK are urging.

These groups are keen to highlight not only the moral and environmental imperative of taking such action, but the economic benefit it could bring. Greenpeace claims that the highest-carbon sectors in the UK only account for 13.8% of employment and 19% of gross added value. Analysis by McKinsey has, similarly, shown that $10m of investment in fossil fuels would create just 27 jobs, compared to 77 and 75 respectively for the same level of investment in energy efficiency and renewable energy.

“The Bank of England is missing a significant opportunity to propel investments that are supportive of a green recovery,” said New Economics Foundation senior economist Frank Van Lerven.

“In fact, the structural carbon bias in the Bank’s corporate quantitative earing programme may lower the cost of borrowing and encourage the most carbon-intensive firms to issue more debt. Consequently, corporate quantitative easing contravenes the UK government’s own environmental goals. But more to the point, it is actively exacerbating climate-related financial risks – and is inconsistent with the high prudential standards to which the Bank holds other financial institutions to account.”

Van Lerven is referring here to the Bank’s strong stance on climate-related disclosures in line with TCFD recommendations, and to its climate ‘stress tests’, which it will begin applying to large banks and insurers in 2021.

The question of whether the actions of Government and of businesses will bring about a truly ‘green’ national recovery from Covid-19 has been looming large since lockdown measures were first imposed in the UK in March.

Given that less than £6bn of the Treasury’s £160m recovery plan has been directly allocated to low-carbon projects to date, green groups broadly feel that the answer is “not yet”. A swathe of new supports are due to be announced in the second half of 2020, which will contain the Autumn Statement; the publication of the Heat, Buildings and National Infrastructure Strategies, alongside the Energy White Paper; the launch of the Department for Transport’s net-zero roadmap; and, potentially, the creation of a major reskilling initiative designed to help those made redundant get back to work in the renewable energy and energy efficiency sectors.

For now, though, the Government and the Bank of England are facing legal action over their recovery plans. Plan B has dubbed the existing approach incompatible with the UK’s long-term climate targets and argued that it creates “a new deal for polluters”.

Have your say in edie’s Great Green Recovery Survey

If you work in CSR, sustainability or energy and want to anonymously have your say on the global green recovery movement, you’re encouraged to take edie’s new reader survey.

The 20-question survey takes just a few minutes to complete and will provide a snapshot of how the economic, social and logistical impacts of coronavirus are affecting sustainable business – and whether professionals believe green recovery plans are up to standard.