After facing much scrutiny over the climate credentials of its Corporate Bond Purchase Scheme, the Bank of England has published a roadmap for aligning the Scheme with net-zero by 2050. 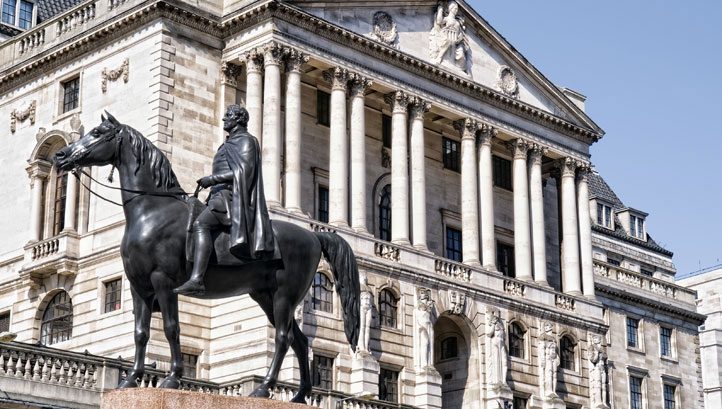 By the Bank's own admission

The moves outlined in the Bank’s “Approach to Greening the Corporate Bond Purchase Scheme (CBPS)” framework, it claims, are conducive to a 25% reduction in the carbon intensity of the portfolio by 2025 and “full alignment” with net-zero by 2050.

There are some new exclusions. Companies with any coal mining activities are not eligible to have their bonds backed by the Bank. Those using thermal coal are also ineligible unless they set science-based emissions reductions pathways and have credible plans to increase renewable energy use.

The Bank’s Governor Andrew Bailey has stated that it wants to “tilt” eligible firms’ debt towards low-carbon activities and to tilt its own portfolio in a way that reduces emissions intensity. The extent of purchases available to any given firm will depend on its emissions intensity in-house, its climate disclosures, its decarbonisation progress to date and its future emissions reductions targets. There is not a requirement for future targets to be verified in line with science by a third party, but companies with this verification will receive more credit.

Three principles underpin the framework; incentivising companies to achieve net-zero; leading by example and ratcheting up requirements over time. To this latter point, the Bank has said it will increase requirements over time and take actions “including reduced purchases, removal of eligibility or even divestment” against “weaker prerformers”.

Bailey stated that the Bank’s short-term view is that “incentivising change is more powerful than immediate divestment to encourage the significant shifts in behaviour required across the economy in order to achieve net-zero by 2050”.

In the corporate space, green and sustainability bonds are becoming more common. The Climate Bonds Initiative recently released an updated forecast projecting that global green bond issuance is likely to pass the half-a-trillion-dollar mark this year and that the possibility of issuance surpassing $1trn in 2023 is strong. This forecast includes bonds issued by corporates and by nations.

The new framework is the result of a consultation into the sustainability credentials of the CBPS, conducted earlier this year. Before the consultation took place, MPs on the Environmental Audit Committee (EAC) released evidence that the Bank’s CBPS was not aligned with the Paris Agreement, in a misalignment with the UK’s long-term climate targets and position as COP26 host.

By the Bank’s own admission, its 2020 activities were consistent with a 3.5C trajectory. The Paris Agreement’s targets are “well below” 2C and 1.5C, with improved climate science in recent years having invigorated the global movement to keep 1.5C within reach.

Earlier this week, the Prudential Regulation Authority of the Bank of England announced that it is prepared to adjust the amount of capital banks hold to reflect climate risk.

The Authority released a Climate Change Adaptation report, stating that said that there is scope to use the existing capital regime to address the “financial consequences” of climate change. A full assessment and consultation, the report states, will take place in 2022. This is something of a U-turn, as the Bank stated in June that it would not change capital requirements when announcing climate stress tests.

Last week, an updated  Green Central Banking Scorecard was published by thinktank Positive Money. The Bank of England slipped from fourth to fifth place year-on-year, being leapfrogged by the European Investment Bank (EIB).

“It is especially worrying to see the UK, as host of COP26, fall behind when we should be showing leadership. When you consider that the UK financial sector is responsible for more greenhouse gas emissions than the UK itself or even the whole of Germany, the Bank of England simply cannot afford to sit idle.

“As the host of COP26, the UK is uniquely placed to lead the way with ambitious, high-impact policies. As the regulator of our financial system, the Bank of England must use its considerable powers to bring UK finance in line with the 1.5C target the British government is committed to.”