The UK Government should adopt the World Health Organisation's (WHO) guidelines on air pollution and step up funding and communications to help businesses and communities deliver on stricter goals to reduce particulates. 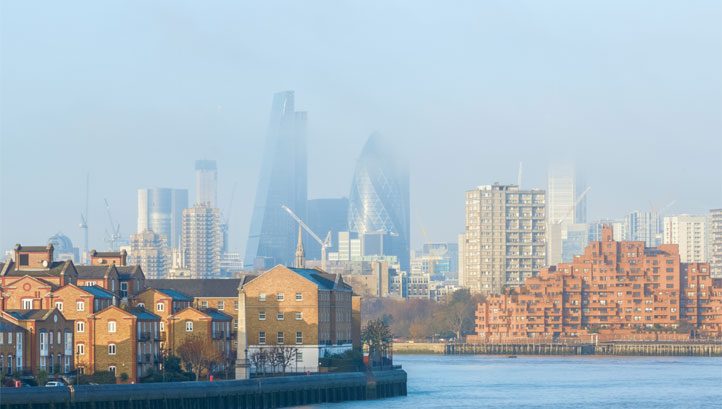 That is according to a new air quality report from the Environment, Food and Rural Affairs (EFRA) Select Committee, which provides an update on both how air quality in the UK has changed over the course of 2020 and how policies in this space have evolved.

On the former, the report reveals that NO2 levels in urban areas were down 30-40% year-on-year in April. This is primarily attributed to a reduction in road transport.

EFRA Select Committee members have heard evidence that the UK Government is not doing enough to lock in these reductions once lockdown restrictions lift. The Centre for Cities told MPs that, in autumn, air pollution levels had risen “at least to pre-lockdown levels” in 39 of the 49 locations it assesses. The Centre speculated that “the long-term impact of the pandemic may be to make pollution worse as changed behaviour becomes entrenched even as economic activity is restored” – a particularly concerning behaviour being the shift away from public transport and towards individual car use.

On the former, MPs want the UK to enshrine the WHO’s recommendations on particulate matter, NO2 and ammonia in the Environment Bill – as the current limits detailed in the Clean Air Strategy exceed these limits. Defra is planning to introduce new limits in statute by October 2022, but recent delays to the Environment Bill’s progression through Parliament have cast doubts on the Department’s plans for meeting this ambition. The Bill has been rolled over into the next Parliamentary session and the Green Party is speculating that delays could last for six months.

As for funding for local authorities, the report details a string of evidence that the current Clean Air Strategy “delegates too much responsibility to local authorities without sufficient resources to deliver, and without effective engagement from Government”. It calls for Defra and the DfT to work with other government departments, including the Treasury, to develop mechanisms and roadmaps that provide councils with long-term certainty.

The report welcomes the inclusion of £5bn for walking, cycling and low-carbon buses in the Ten-Point Plan. But it questions how much of this is really new funding, especially given that Boris Johnson announced £2bn for walking and cycling just four months before the Plan’s publication, and urges the government to build on funding with a public communication campaign. During the first and second lockdowns, members of the public were urged to avoid public transport where possible.

The EFRA Select Committee has been keen to emphasise, through its annual reports, that air pollution is a social as well as an environmental issue.

The latest report cites papers from the European Heart Journal and the Royal College of Physicians and Royal College of Paediatrics and Child Health which, respectively, attribute air pollution to 64,000 and 40,000 premature deaths in the UK each year.

MPs on the Select Committee have heard evidence that these deaths, as well as health issues including asthma, have been concentrated within low-income communities in urban areas.

The UK’s first inquest to rule that air pollution was a major factor in a person’s death was that of nine-year-old Ella Adoo-Kissi-Debrah, who died in 2013 after a series of asthma attacks. She lived in Lewisham, south London, near to the south circular road, which regularly exceeds air pollution limits.

“In rebuilding after the pandemic, we have a moral duty to put improving air quality at its core,” EFRA Select Committee Chair Neil Parish MP said.

“While the Clean Air Strategy is a step in the right direction, the Government needs to be more ambitious. Before the Environment Bill comes back, commitments to reduce the levels of toxic particulates that cause the most harm must be strengthened – and targets on reducing the health impacts of air pollution included too.

“We were quick to return to our old ways following the spring lockdown, with pollution levels bouncing back by the summer. The Government has rightly banned the sale of new petrol and diesel cars by 2030, but we need more work to help accelerate towards a greener, cleaner future, so that commuting less and using electric vehicles more will be a real option for the majority.”