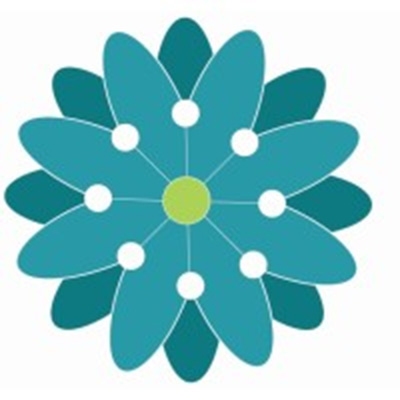 David has significant experience in nature conservation and company business strategy. David is a Fellow and past President of the Chartered Institute of Ecology and Environmental Management. He has published extensively on ecological issues over the past 30 years.

A new countryside: Restoration of biodiversity in the UK

'This is our last chance'. These were the words of Sir David Attenborough at COP26. They apply equally to rebuilding biodiversity as they do to addressing climate change.


Fully functioning ecosystems, comprising the full complement of species, are of ultimate importance in providing resilience to our food supplies, nutrition, the quality of our landscapes, protection from flooding, crop pest control, air and water quality, pharmaceutical products and medicines, health and well-being. Once species become extinct, particularly those unknown to science, their contribution to ecosystem function is lost forever.

Without biodiversity we humans would cease to exist. Biodiversity loss represents an impending existential threat to us.

And yet we have treated biodiversity as a nice to have, a luxury. We have not valued it. We have traded natural capital for short-term economic capital. But, some 55% of global GDP (even though GDP is seen as a poor measure of progress) relies on what nature provides and yet nature has been, until now, economically invisible.

However, I believe our attitudes have changed and biodiversity is being valued at last. There is unequivocal agreement that immediate action is needed to avert biodiversity meltdown and a collapse in the ecological systems that support us. The evidence of the critical role that biodiversity plays in global economics has been building. For example, the work of TEEB (The Economics of the Environment and Biodiversity) and more recently the Natural Capital Committee and Dasgupta review has placed a value on nature and that value is bewilderingly huge.

The Government has embraced the challenge. The 25-year Environment Plan underpinned by The Environment Act that’s just recently passed in Parliament sets out an ambition for a 500,000ha Nature Recovery Network. In fact, building back resilience will need a far greater area of land than this. Much work is being done on how to finance that programme.

It is pretty much a certainty, given the current economic climate, that the public purse will not be able to fund the scale of interventions required to tackle the problems and make the transformational changes necessary. So, Government has looked at how markets can be used to leverage private investment, largely into private landholdings, in many instances in association with government funding, in order to deliver the ambition. There are three key players.

First, there is now a mandatory requirement on all built and infrastructure development to deliver a minimum 10% uplift in biodiversity as a result of development projects. I introduced the concept of biodiversity offsetting and gains from development in 2007 when I set up the Environment Bank. Having spent many years designing mitigation schemes for all types of developments I concluded that biodiversity was receiving a very poor deal. What was needed was a transparent and easy system for developers to do what they can within their development site boundary but to offset the residual impacts.

The idea has been embraced by Government and is about to become law, with planning authorities having the responsibility for ensuring this biodiversity net gain (BNG) mandate is applied to all development.

Second, the Government’s replacement for farm subsidies stemming from Pillar 1 of the EU Common Agricultural Policy (which has had devastating impacts on wildlife), known as the Environmental Land Management Scheme (ELMs) will pay farmers to deliver public goods including environmental enhancement.

Third, there’s now a mandate on all corporates to be required to measure, reduce and offset their impacts on natural capital (natural capital accounting).  There are now conditions for corporate business to engage in land-based management interventions to restore natural capital in order that they themselves are sound investible entities. Investment fund managers have a very serious role to play in creating the incentives to restore biodiversity.

The funding challenge is significant – it has been calculated that between £44 – £97bn will be needed to fill the gap in nature finance over the next decade. Finance from BNG could contribute up to £1bn per annum as long as the mechanism is applied properly and development doesn’t try and cram all the BNG on-site. We know that on-site delivery has failed in the past because, for example, housing residents like tidiness whereas proper biodiversity areas are usually untidy ‘wilder’ places. In commercial logistics developments, ports, and linear infrastructure there is even less capacity for delivering on-site, so off-site solutions will be paramount.

Other income streams will develop through philanthropists and entrepreneurs supporting projects such as the popular rewilding models or just holding land, speculating on the development of new asset classes around carbon, biodiversity, nutrients and other ecosystem services.

Farmers and landholders will benefit through diversification in income streams that will support a new set of skilled labour in the rural environment where job prospects are currently challenging. Bringing innovation and finance together will deliver the restoration economy and provide the much-needed transformation in the way our countryside looks and the wildlife for which it provides a home.