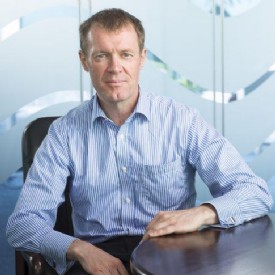 Prompted by a leaflet at a garden centre and the general plight of pollinators, I have made a modest donation to the Bumblebee Conservation Trust. The decline of honeybees attracts quite a bit of attention, but the poor old bumblebee is often left out of the conversation.


You’ll probably know that the word dumbledore was an old dialect name for the bumblebee (from Southern England) long before it became a literary wizard. It’s a shame that the entomological variety doesn’t enjoy JK Rowling’s reach and fame. If the picture below (taken in my garden in June 2016) had audio, you would be able to hear the buzzing of dozens of bumblebees. Last year there were noticeably fewer and I hope that was just a consequence of seasonal temperature variation.

I spent 2 days at edie Live at the NEC this week, where I was flattered by playing a part in a number of events. I’ve mentioned before that I work with edie fairly regularly (see 'Think Global, Act Local' below, for instance), and congratulations to them on reaching their 20th anniversary. As well as presenting and then taking part in subsequent discussions on the SDGs and the value of water alongside such luminaries as Tesco, WWF and Adnams, I also moderated a workshop on the Sustainable Development Goals (SDGs) which brought together delegates from a number of sectors including food, ethical finance, local authority and central government. It was surprisingly unsurprising that the interests brought by the group had so much commonality, irrespective of their sector. Their key goals were to use the SDGs within their reporting and communications, either as a framework or by reflecting them in existing activities.

There was general agreement that the SDGs are not readily made relevant to business, although it isn’t impossible, and that they aren’t yet meaningful enough to or understood by the bulk of citizens. Most people get their information from the general media, where the subject isn’t really covered. Even Blue Planet II, for which I have so much praise for the way it has brought ocean plastics to a wide audience (see 'It's Not In The Bag Yet' below), didn’t use the opportunity to highlight SDG14 as the face of marine protection. The conclusions of the discussion were helpful as a summary of how businesses can interact with the SDGs in a manageable way:

As part of my presentation on the SDGs, I used the Sustainable Futures project as an example of collaboration to deliver on a number of the Goals. More resource-efficient farming will clearly contribute to reduced hunger (SDG 2), improved profitability & resilience for farming businesses (SDG 8) and better environmental outcomes (SDGs 6, 13, 14 and 15), and it will do this through innovation and multi-sector collaboration (SDGs 9 and 17). The project will also be used as a case study within the material produced by Sedex to help their members engage with the Goals. There is more progress expected on the sustainable landscapes component of the project in the next week or so with major funding close to being secured for 2 years of collaboration and innovation across three pilot areas. There was a further preparatory meeting this week around engaging with the iCASP programme based at the University of Leeds which sets out to generate benefits for Yorkshire by applying environmental science to catchment challenges. The project overall is a textbook illustration of the systems nature of the agri—food sector and it is great to see such a wide range of interested stakeholders including NGOs, academia, manufacturers, technology providers and farmers all working together to deliver positive change.