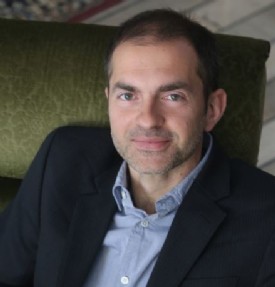 Joan Marc Simon is the Director of Zero Waste Europe. Zero Waste Europe is a network of European organisations advocating for zero waste strategies in Europe and beyond. Our mission is to empower communities to rethink their relationship with resources.

@JMSimonL More from this blogger Create your own blog

Brexit: a bad choice is no excuse for not moving towards zero waste

How will Brexit impact Britain's waste management practices? Joan Marc Simon of Zero Waste Europe says that it doesn't have to mean the end of the path to a zero-waste future for Britain.


“Brexit means Brexit”. This is the most concise explanation we have received so far from the British authorities about how are they planning to implement the results of the referendum held in the UK in June 2016.

Not surprisingly, the immediate impacts of the referendum boosted the support for EU membership around the EU. However, one could think that after the first critical moments, things went back to normal; the economy continued to run, etc. And, after a few months, all seems ok.

Well, this is the result for Britain of continuing to live within the EU; in the Customs Union, in the Single Market and implementing the acquis communautaire. For as long as Article 50 is not invoked, the UK might be able to protect its economy, albeit hampering future investments in the country which will instead look for a place where there is more legal security.

But even when Brexit happens – if it ends up happening – there is agreement that the path to leave the EU will be long and tortuous with great potential to harm economy and negatively affect social and environmental standards in the UK.

With this article, I intend to analyse how the different scenarios of a Brexit might impact the waste sector in the UK.

But before that, let’s make one thing clear: from a democratic legitimacy standpoint, there is no reason why EU legislation implemented so far should stop being British law, for the simple reason that they were laws that were approved with the active participation of the British Government in the council negotiations and the British members of parliament in the European Parliament (EP). The European legislation is as British as it is Italian or German. Nevertheless, when contemplating the different types of European laws, one can make a difference about the legitimacy between EU Directives and EU Regulations.

Directives such as the Waste Framework Directive or the Industrial Emissions Directive were jointly approved by co-decision procedure by the Council and the EP, but they need to go through the national parliaments in order to be transposed into EU law into national law. Hence all directives have gone through the Westminster Parliament and they are fully legitimised to continue to be applicable.

Even more so, considering that normally, with transposition of an EU directive into national law, each Member State (MS) has a certain amount of leeway as to the exact rules to be adopted. Indeed, directives require Member States to achieve a particular result without dictating the means of achieving that result. So, there is nothing to prevent MSs from fixing higher national standards.

Regulations are something else: the European Commission and the Council can produce regulations which have the main characteristic that they need to be applied in MS and they don’t go through national parliaments, being directly applicable in its entirety and enforceable by law. The British legislators might feel legitimated to remove the regulations but this has the risk of creating loopholes or legal lacunae; for instance the waste shipment regulation rules the move of waste for recovery and disposal within EU borders and to the outside. If the Shipment Regulation was repealed, it would mean that the UK needs to create a new law that is compatible with the Waste Framework Directive and the Basel Convention. It makes more to just keep the regulation as it is.

This is an important point because if the UK leadership manages to convince the brexit supporters that in fact the UK participated in the making of the EU law and the British Parliament has transposed them into British law, it will be easier to convince them to keep the laws as they are, thereby saving time and efforts to everybody. Definitely, it would be a measure that should be supported by the local authorities, the industry and the NGOs for it provides legal certainty about what is going to happen in the coming years.

Besides the democratic legitimacy perspective, keeping the acquis communautaire can be observed from the position of the advantages of staying in the single market, which would involve accepting free movement of people. This is where we find at least three possible scenarios for the UK.

Firstly, there is the “out is out” option, with the UK not having access to the EU internal market. This would mean increase in tariffs and controls, less access to European and foreign markets which according to calculations from UK treasury would total a 7,5% loss of GDP over 15 years. The catastrophic consequences for Britain speak in favour of ruling out this option.

The second option is to try to emulate the Swiss option. Switzerland is not a member of the EU nor the EEA. Instead, it has negotiated a series of bilateral treaties governing its relations with the EU. Usually, each treaty provides for Switzerland to participate in a particular EU policy or programme. Adopting the Swiss model following Brexit could be appealing if the UK is looking for an ‘à la carte’ approach to European integration. But this depends also on the EU approach, indeed Commission and key Member States will be concerned about creating precedents for similarly complex and à la carte arrangements in the event of other Member States choosing to leave the EU in future. This option is therefore to be ruled out because of the bad predisposition of the EU to concede such an agreement.

Finally, there is the option of following the “Norwegian model”; that is implementing the EU acquis and being able to participate in the single market whilst allowing the UK to strike its own trade deals outside the EU. This is likely to be a more acceptable option despite implying new bureaucratic burdens for British exporters who will have to comply with complex “rules of origin” and which includes some contributions to the European budget too.

Obviously, if/when Brexit happens, the UK will end up developing a model of its own but it wouldn’t make legal, economic or environmental sense to scrap current Environmental legislation in order to create a completely new set of disparate laws which are not compatible with the definitions, procedures or targets set by its immediate trade partners.

It is indeed a paradox that the result of Brexit would mean that the UK will end up having to implement laws that they didn’t make, hence being in a “worst situation” than before the Brexit. This is not necessarily bad news for the EU environmental policies for it has been because of the UK filibustering that most environmental policies have been delayed or lacked ambition over the last years. As a result of UK’s departure from the negotiating table one could expect faster moves towards a circular economy.

In either case one should not forget that what the EU legislation does is provide the baseline for member states but those are always free to be more ambitious than what the directives say I.e. member states are obliged to achieve 50% recycling by 2020 but they can aim for more –not less - if they want. Examples from the network of zero waste municipalities show very well how in those municipalities where there is political will moving towards zero waste is possible. The UK history, England in particular, is not one of success or vision when it comes to resource and waste management. Countries that joined the EU 30 years later than the UK are performing substantially better; Slovenia and Ljubljana in particular have implemented ambitious and efficient waste collection systems and Estonia and Lithuania already have deposit and refund schemes operating for packaging.

Why can’t we envisage the UK implementing deposit and refund schemes, widespread separate collection at the kerbside and moving away from incinerators, landfills and waste exports? The recent microbeads ban in the UK shows that where there is a will there is a way. If the Brits are so brave to break away from the EU they will surely dare to provide a more resilient future for their new generations, won’t they?