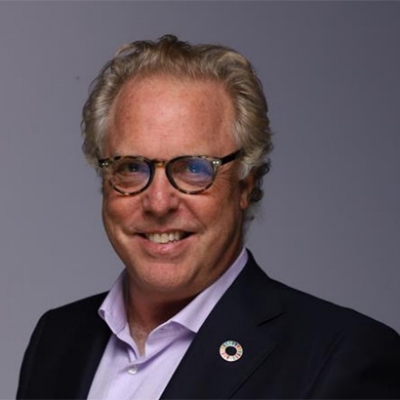 Jeff Seabright is Chair of Xampla. Previous roles include being the former Climate Change Adviser to President Bill Clinton and Chief Sustainability Officer of Unilever.

Against a background of dismay with the outcomes of COP26, it would be an easy reaction to dismiss such climate talks as pointless window dressing. The last-minute weakening of draft commitments to end coal and fossil fuels rightly provokes fury among climate campaigners. Yet much of what was achieved would have been out of the question only a few years ago.


The agenda at Glasgow was sprawling, encompassing everything from gender equality to electric vehicles, and much was agreed on these territories. That means we cannot give up on the COP process, even if it is frustrating. But there was one glaring gap in the programme, which must be remedied next time. Astonishingly, there was no discussion at all of an enormous carbon culprit: plastic.

This omission seemed to be the product of an extraordinary feat by the plastic industry, which has successfully decoupled the plastics crisis from the climate emergency. They are keen for us to think these are separate issues – one about marine pollution and the other about emissions. In fact, the two are intrinsically linked since the global plastics industry is the fifth-largest emitter of greenhouse gases on the planet, behind the US, China, India and Russia.

At the next COP, just 12 months away, the world must take a long, hard look at why the fossil fuel industry is so chipper despite its part in energy production being reduced all the time, all around the world. The likes of Saudi Aramco, BP and ExxonMobil are not enjoying stable stock prices because they have invested modestly in renewables. No matter how many pictures of solar panels adorn such companies’ annual reports, their primary business is still oil.

These fossil fuel giants are shifting their resources heavily to plastics, recognising that global plastics production is set to triple by 2040. As fossil fuel use in energy is decreased, the percentage of the world’s national carbon budget taken up by plastics increases. In other words, the relative impact of plastic on climate change grows every month.

Together with the chemical industry, it is in the fossil fuel lobby’s interests to put an alarmed public back at their ease with plastics by promoting recycling. In the last twenty years, consumers in Europe particularly have got used to a duty to recycle, and for many sorting their rubbish at home is a matter of pride: everyone doing their bit; green credentials in action. But only 9% of all plastic waste ever produced has been recycled. About 12% has been incinerated, while the rest — 79% — has accumulated in landfills, dumps or the natural environment.

And even when it happens, recycling does not reduce the climate impact of plastic. The chimera that plastic can be recycled again and again is becoming part of the problem, with industry and citizens alike happy to believe their production and consumption is sustainable. The sad truth is this is just a fantasy:  plastic is only ever ‘downcycled’, with its quality diminishing each go round. New means of ‘chemical recycling’ are even more damaging since for every tonne of plastic treated by this method three tonnes of CO2 are pumped into the atmosphere.

Only by radically reducing the amount of plastic in production – just as the world has reduced the amount of coal it mines – can we really deal with its climate impact. Plastic films – of the sort we use to package food and wrap products such as dishwasher tablets and laundry capsules are a particular challenge. They are very hard to recycle even once, let alone twice, and are a major source of microplastics.

More insidious still are tiny plastic microcapsules found within common products such as fabric softener and washing liquids, which help to retain fragrance in a product.  Yet consumers rely on the qualities of these plastics to maintain shelf life in food and to make their laundry smell good weeks after it has been washed. Big brands, in turn, say they need plastics in order to meet consumers’ expectations.

International efforts, therefore, need to shift from arguing only about targets and energy usage, to focus on catalysing and scaling innovation to replace plastic. The US should not be seeing 42 new plastics polymer plants opening up in the coming years – as is presently planned. There should instead be investment, and regulatory help, for insurgent replacements for plastic.

Having spent a lifetime in sustainability both in Bill Clinton’s government and then in major multinational Unilever, these days I spend more time with scientists at Cambridge-based Xampla.  Working with plant-based proteins, they have created a natural polymer that banishes the need for fossil-fuel feedstocks in production, and requires no chemical input to get it to break down at the end of life. The technology is already sitting in people’s kitchens as the wrapping for stock cubes and if scaled up has the potential to make plastic obsolete in the coming years.

Moving beyond Glasgow, climate campaigners should start to exert pressure now to place plastic front and centre of the agenda for the COP27 summit. Their ambition should be no less than a commitment from the world’s governments to phase out petroleum-based plastic altogether, and in so doing to help turn fossil fuels into a loss-making industry of the past.

Jeff Seabright is a former Climate Change Adviser to President Bill Clinton and was Chief Sustainability Officer of Unilever. He is now Chair of Xampla, a Cambridge-based company producing natural replacements for plastic.