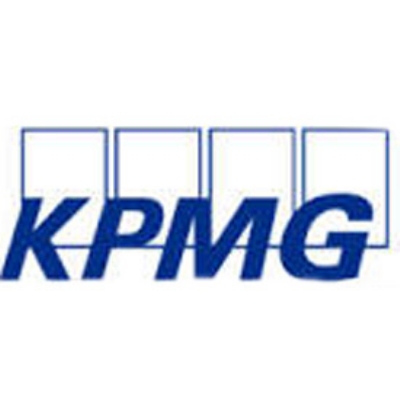 KPMG International Cooperative is a multinational professional services network, and one of the Big Four accounting organisations. Richard Betts is sustainability director at KPMG

@kpmguk More from this blogger Create your own blog

Climate warriors and the race to net-zero

A new team within KPMG is trying to do its bit in contributing to the fight against the climate and biodiversity crises: the KPMG Climate Warriors. edie spoke to sustainability director, Richard Betts, who started the new group end of last year and is based in Istanbul, Turkey.


Can you tell us a bit more about why and how you started the Climate Warriors?

Sure. As edie readers will all know, the climate crisis and the connected biodiversity crisis, are now top issues facing us all, but we can all contribute to the solutions. Initially, I established the volunteer network in Turkey, from CEO to assistant and across the business, and then to other countries across Europe and Asia. More recently, we have created a Climate Warrior team page for fundraising and events that is open to all our teams to join. We have launched events in Turkey, the UK and other countries such as the Netherlands and are now working on the next initiatives.

We did this initially by supporting official events like races but then, due to the COVID-19 restrictions, by improvising and organising activities from the safety of our homes. I ran an Istanbul half marathon in our basement after the official race was postponed due to COVID-19.

What causes have you been supporting and why?

We have been supporting the charity Rainforest Trust UK that focuses on supporting conservation projects across the tropics. We chose them due to their global reach – climate change is obviously a global problem and due to their impressive results: Rainforest Trust has already secured protection for an area over 10 million hectares in size, which is a similar area to Hungary.

We decided to support rainforest conservation as numerous studies have shown how saving the rainforest is amongst the most effective things that a company or individual can do to balance their carbon footprint and fight climate change. Rainforests, like other natural ‘green assets’, provide us all with many benefits for free. For example, rainforests are home to an estimated 50% of the world’s species. Studies also indicate that rainforests produce an estimated 20% of the oxygen we breathe.

Rainforests store over 250 billion tonnes of carbon but at a global level they are being rapidly destroyed and tropical deforestation accounts for up to 15% of net global carbon emissions, which, up until Covid-19, was comparable to the whole of the global transport sector. As Covid-19 has also underlined, in a highly interconnected world, unsustainable practices in one part of the world can lead to planetary level systemic risks for us all. In short, rainforest conservation is essential in the fight against many systemic risks including the climate crisis, the connected biodiversity crisis and to help mitigate the risk of future pandemics.

The total impact of our initiative to date has been to secure permanent protection for over 12,000 acres (5,000 hectares – an area almost 25 times the size of the country of Monaco) of rainforest and to lock in an estimated 2 million tonnes plus of carbon.

In addition to supporting Rainforest Trust, I have recently become a founding member of Ark2030. Ark2030 is a really exciting new global initiative with a really bold, ambitious vision: ‘to reverse the climate crisis and end the destruction of Planet Earth by restoring 500 million hectares of the world’s greatest ecosystems and investing in the companies that will turn back the dial on the climate crisis.’

As part of the initial activities, Ark2030 launched its Race to Net Zero on Earth Overshoot Day, which this year fell on the 22 August, 3 weeks later than last year due largely to Covid-19 impacts. The Race to Net Zero campaign aims for participants to eliminate their own personal Carbon Footprint by undertaking a Personal, Group or Office Wide Challenge. The aim is for every individual, company, nation and city to make the commitment. To support this new initiative, I ran 25 km along the Norfolk beach where I grew up, in an area very vulnerable to climate change, and became the first person globally to complete this new challenge.

Climate change affects us all and we need to rapidly decarbonize our global economy. We are all involved in a race. The most important race in history: the race to net zero. Hopefully, edie readers will also be able to join this exciting new initiative so that we can all start to accelerate the change we need.