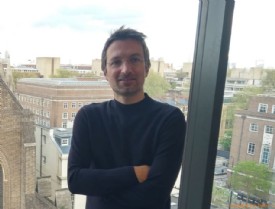 @isize_co More from this blogger Create your own blog

Content comes at a cost: Reducing the harm of our video habits on the planet

When watching a TV show or a movie online, the environmental cost of our appetite for content is probably the last thing on our minds.


You may not be aware that when you load the first episode of David Attenborough’s ‘Our Planet’ on Netflix, it’s not just the electricity from your laptop or phone that is being used. You are also connected to Netflix’s content distribution network through a chain of data centres, each of which incurs energy costs. In fact, data centres already use about 10% of the world’s energy supply, giving them the same carbon footprint as the aviation industry.

The true environmental impact of our video consumption could be a wake-up call. The Shift Project has calculated that internet video traffic is responsible for 306 megatonnes of carbon dioxide per year, equivalent to the annual emissions from the entire economy of Spain.

The energy consumption of our entertainment habits is only set to rise. Research by Cisco has shown that global internet traffic is increasing by 26% every year, and will reach 4.8 zettabytes – that’s 48 followed by 20 zeroes – by 2022. By far the biggest culprit is video, which Cisco predicts will account for 80% of this traffic. To add to this, with Vodafone reporting a 50% increase in internet traffic in the UK, and Italy reporting a staggering 70% rise, it’s clear that streaming for both entertainment and video conferencing has ballooned since governments began advising to work from home.

In part, consumer demand is fueling this growth: consumers want more options from more companies, and want to be able to watch shows from their phones, computers and televisions. This doesn’t just mean that we’re consuming more video, but that content distribution networks have to work much harder to deliver it to this rich ecosystem of device and transport conditions. For example, they must now support multiple file formats (so-called “standards”), video resolutions and transmission bitrates in order for each video to optimally reach different devices, HD and 4K displays, and standard, high and ultra-high dynamic range in the pixel representation. This is why Netflix’s Environmental Social Governance report this year showed that Netflix’s energy usage is growing at 84% year-on-year, compared to subscriber growth of 20%. Juggling all these variations requires ever-more processing power, using ever-more energy.

However, consumer demand isn’t the only factor behind the growth in video traffic. The more fundamental issue is simply the huge size of video files; 10 hours of HD film – that’s about 5 movies or 10 episodes of a series – uses more data than all the articles in English on Wikipedia.

Therefore, an important part of mitigating the environmental impact of video streaming is to develop better methods of video representation and compression, to reduce the size of these massive files so they take less processing power to send, albeit without compromising quality.

Before transmission over the Internet, video files are compressed by software or hardware solutions called “codecs”, reducing the amount of data it takes to send the file (the bitrate) by a scale of up to 500 times in comparison to uncompressed pixel data. Lower bitrates need less computing power, and thus less energy, to send. As such, one potential solution for the environmental impact of streaming video is to improve these codecs, to get the same perceived quality in an even smaller bitrate.

However, there is a significant problem to this approach. More efficient codecs themselves require more processing power to run, so any energy savings from sending more tightly-compressed files are cancelled out by the extra energy needed for this compression to happen in the first place. A form of a catch-22.

Not to mention, new codecs have to be ratified against internationally-agreed standards. This process typically takes years – by which point, the environmental damage may already be done, the quality (and size) of video files being sent online will have grown even further, and legacy standards will have rooted themselves in the market making it too difficult to “unroot” them – the 30-year old JPEG image format is one such example.

So, if changing the codec proves unfeasible, how can we reduce video file size? One solution we (at iSize) are exploring is to pre-process video files before they even reach a codec. By “learning” mathematical models of human visual perception from data, we can learn which parts of a picture the human eye barely notices, allowing data-driven artificial intelligence (AI) to reduce the bitrate requirements for those sections of the image. This decreases the file size without losing quality or needing a new, complicated codec.

Conveniently, this process requires relatively small amounts of power and can leverage the enormous power unleashed by the latest graphics processing units (GPUs) while also reducing files size enough to cut energy requirements for video streaming over the Internet by 20 to 40% - all while keeping video quality at the same level or even improving it for the eyes of human audiences.

The implications of deep perceptual pre-processing of video through this method are significant. If we consider that video is estimated to take up 82% of internet traffic by 2022, and take the median data saving from above of 30%, this process could mean reducing internet traffic – and therefore the power consumption of data centres – by almost a quarter. And when we apply these potential energy savings to how much energy the internet is predicted to consume by 2025 (Source: KTH), such perceptual pre-processing could save roughly one-and-a-half times the annual energy consumption of Germany (Source: IEA). This is of course not the only solution to the climate crisis, but it is one worth considering.

All views expressed in the this article are those of the author and do not represent the views of either UCL or iSize Technologies.