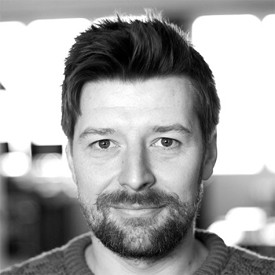 The fact that UK restaurants are responsible for higher carbon emissions than the whole of a Central American country - Costa Rica - strikes me as almost as unpalatable as spotting endangered species on the menu.


You’d have thought that, even if chefs and restaurateurs weren’t moved to action by E.ON’s recent finding that food outlets are producing eight million tonnes of CO2 annually, the monumental financial cost – £1.3bn – would have spurred them into action. Here’s an area of sustainability where the interests of profit and planet can align perfectly. By continuing down the same track, restaurants might just as well as start burning £10 notes.

The progressive alternative really doesn’t need to be complicated, expensive or particularly painful. There are hundreds of restaurants that have switched on to the benefits of lower energy consumption; many using a classic combination of common sense, communication and innovation. As is often the case with sustainability, what can seem like a small change can have a truly significant impact.

Patio heaters. Now, bear with me here as I know these are a divisive issue. They chew up precious energy, and yet British diners, with an unkind climate to endure, do still like some extra help to keep snug when eating alfresco.

Carluccio’s has received numerous emails over the years from members of the public railing about their very presence. Rather than alienate a large section of its loyal customers, looking for a night on the terrace reminiscing about Italy, the 104-site restaurant business investigated ways in which it could continue to provide them with a warm welcome while reducing the negative environmental impact. Sit outside a Carluccio’s now and you’ll find timers attached to all of their parasols so that if the customers warm up or leave, the heaters switch off automatically after 20 minutes. The company’s development manager has calculated that the move has saved enough energy to power 252 million LED lights for two minutes or, if you prefer, more than eight million LED lights for an hour – one for every London resident.

Demonstrating that there isn’t a one-size-fits-all solution, OXO Tower Restaurant, which boasts one of the best-appointed terrace’s, overlooking the Thames, recently chose to remove its heaters and invest in a stock of blankets instead.

In the same way as there’s been a massive move to harness the potential of what was called food ‘waste’ and is now more accurately termed ‘surplus’, the brightest sparks are now tapping into reserves of energy and heat that would otherwise be wasted. There’s plenty of it, and that’s not just the hot air emanating from chef’s mouths.

Mexican restaurant group Wahaca, which recently became the first restaurant group to be certified Carbon Neutral, doesn’t fit boilers in any of its new restaurants, preferring instead to generate all its hot water from the heat captured by the extractors or the fridges.

Both of these examples do involve some capital outlay, but neither is expensive, while the return on investment is short and far from insignificant.

The really significant and low- or no-cost solution available to every restaurant and foodservice business is staring it right in the face; it’s the only controllable cost greater than energy: the workforce. Here, if sufficiently informed, motivated and potentially rewarded, lies an army of active and engaged fridge door closers, light switcher-offers and gas burner turn-downers. Changing behaviour for the better can, on its own, result in a 35% reduction in consumption, according to consultants Carbon Statement. And most of it really isn’t rocket science.

For those restaurants that are keen on cutting their carbon emissions even further, there is another cost-lite option which by happy coincidence also chimes with dining trends. Subtly shifting the emphasis of a restaurant’s menu away from meat matches diners’ desire for a greater variety of dishes and can put a sizeable dent in its carbon footprint.

Rather than commit an environmental crime on a par with serving panda or Bluefin tuna, restaurant and foodservice businesses need to choose liberally from the smorgasbord of energy efficiency options. Throughout March, the SRA is calling on the industry to share the ways in which they are valuing natural resources and getting energy smart. Join the conversation at www.foodmadegood.org/energy or on social using #energysmart.

And for those looking for the ideal opportunity to highlight the positive environmental things they’re already doing, why not host a candlelit dinner to help customers celebrate Earth Hour on 25 March? Anyone with a handful of candles and box of matches can sign up here.