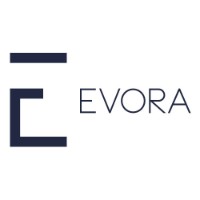 The Evora Blog
by Evora

Evora is an independent sustainability consultancy with unique expertise in commercial real estate. We recognise the emerging nature of sustainability, which brings new risks but also new market opportunities. At Evora, we are able to apply our depth of knowledge and experience to help your organisation understand and manage these risks as well as realise the opportunities to protect and enhance the long term value of your assets.

@evoraglobal More from this blogger Create your own blog

Does the UK's net zero future need the EU ETS?

The 2008 Climate Change Act already commits the UK to an 80% reduction in emissions compared to 1990 levels by 2050. However, the unwritten long-term target hopefully is, or at least should be, to achieve complete carbon neutrality.


Since its inception in 2005, the European Union Emissions Trading Scheme (EU ETS) has been Europe’s flagship climate policy. It has two stated aims, namely:

Approximately 15400 installations, accounting for around 45% of EU greenhouse gas emissions, are now covered by the Scheme, over 1000 of which are in the UK. However, with the Brexit negotiations looming, the UK’s place in the EU ETS is under threat.

As an EU member, the UK is currently subject to the Emissions Trading Directive, but this is unlikely to be the case by the end of the negotiation process as such a position is not compatible with the incumbent government’s Brexit rhetoric of removing European Court of Justice (ECJ) jurisprudence.

The only obvious option for the UK to remain involved in the EU ETS, whilst avoiding ECJ jurisprudence, would be to create a UK ETS and then negotiate a unilateral or bilateral linkage. Switzerland has been undergoing just such a process over the past decade, culminating in a technical-level agreement in January 2016 that is awaiting ratification.

Before beginning to debate how a UK-EU ETS relationship should be formed however, the question that we should be asking first is: is it worth it?

What is not clear is the extent to which the UK receives these benefits. Given that the EU ETS is now in its twelfth compliance cycle, there seems to be remarkably little research into the extent of the benefits the Scheme produces. With the March 2019 Brexit negotiation deadline fast approaching, the Government should give serious consideration to commissioning such a study for the UK.

The EU ETS is also far from perfect which, to be fair, is to be expected given that it was the first, and continues to be the largest, emissions trading scheme in the world. The large surplus of allowances, a lingering remnant of the 2008 financial crisis, and the persistently low and unstable allowance price are the stand out issues, and add up to mean the EU ETS is not functioning as well as it could.

If the UK Government wishes, the majority of the EU ETS’ regulatory design features could simply be replicated in an independent UK ETS. Therefore, the decision of whether to remain involved in the Scheme boils down to weighing the aforementioned economic efficiency benefits against the issues the EU ETS is facing and the challenges of negotiating an acceptable linkage deal for both parties.

The UK business community should seek to take greater ownership of this issue, firstly by pushing the Government to conduct the necessary research to make this decision properly, and secondly by each firm reflecting themselves on what the EU ETS does or does not do for them in the pursuit of carbon neutrality. As the global threat of climate change grows, stricter environmental regulations are inevitable, but high costs don’t have to be. Emissions trading schemes are a proven mechanism for producing low-cost emissions abatement, but to get the most out of them they must have the right design. Is the EU ETS right for the UK? This is something we need to work out.

Simon Cripps is a data analyst at Evora