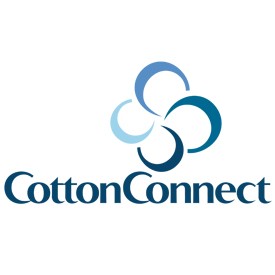 The CottonConnect Blog
by Alison Ward

CottonConnect is a pioneering company with a social purpose, delivering business benefits to retailers and brands by creating more sustainable cotton supply chains. The organisation works sustainability into cotton supply chains by linking all stakeholders, from farm to consumer.

@Cotton_Connect More from this blogger Create your own blog

From pledges to purposeful action and long-term change: reflections on International Women's Day


Whilst International Women’s Day has been in existence for over 100 years, 2016 marks the first time that there has been a legally ratified framework in place for countries to work to achieve gender equality. Last September, governments around the world pledged to adopt the UN Sustainable Development Goals, including a commitment to achieve gender equality and empower women and girls. And it couldn’t have come at a better time.

As CEO of CottonConnect, my goal is to help create more sustainable cotton supply chains from farm to store. A key part of our work in recent years has focused on how we engage with women farmers – critical to creating thriving cotton communities.

The evidence to support the greater inclusion of women in these communities is compelling. The UN estimates that closing the gender gap in agriculture globally would generate significant gains for the sector and society. If women had the same access to productive resources as men, they could increase yields on their farms by 20 to 30 per cent. A further study by the Global Development Institute in 2013 found that with higher incomes, women are more likely to support household welfare and their children.

In India, for example, more than half of the population is engaged in farming, yet female farmers – despite doing their share of the hard work – often receive a much smaller portion of income. Because of how these traditional, male-dominated communities function, men are also often the beneficiaries of the training offered by organisations like CottonConnect - something that we’re working hard to change.

It was therefore fitting that on International Women’s Day itself, we announced a six year extension of an incredibly effective collaboration with the Self Employed Women’s Association (SEWA) – a local NGO which operates in Gujarat, India – and Primark. Cotton makes up a significant proportion of Primark’s clothing range, and The Primark Sustainable Cotton Programme is designed to support female farmers to introduce sustainable farming methods, improve cotton yields and increase their incomes. The three year pilot exceeded our expectations, training over a thousand female smallholders and resulting in an average profit increase of 211%, which many used to improve household welfare and to invest in education for their children. Following the success of this pilot, we’ve extended the partnership for a further six years, enabling us to reach an additional 10,000 female farmers.

Having worked in sustainability for over 10 years, the biggest lesson I’ve learnt is that you can’t create change on your own: you have to work with like-minded others to have maximum impact. As we reflect on the pledges that have been made for International Women’s Day this year, I thought I’d share the guiding principles I work to in order to ensure a programme results in meaningful action:

It might sound obvious, but it’s important to acknowledge that you can’t fix everything at once. Instead, you have to look at where you can make a tangible, long-term difference.  In this case, we focused on female farmers in India because we knew we could have a big impact.

2. Work alongside specialists on the ground

Once you’ve agreed the issue you’re going to tackle, it’s crucial to identify local partners on the ground who understand cultural sensitivities and have the right relationships in place. For example, the Self-Employed Women’s Association has been critical to the success of the Primark Sustainable Cotton Programme because they provide the essential understanding of life on the ground for female farmers. They also have relationships with the male members of the communities that we’ve been trying to reach. Without their connections, the programme simply wouldn’t have worked as well.

When entering into a partnership, it’s vital that everyone is working towards the same goal. Make sure you agree what lasting change looks like and ensure you put measures in place that allow you to see if you’re actually delivering against it.

It’s easy to lose perspective when you’re unfamiliar with the people and communities you’re hoping to impact. Although working in collaboration with others is crucial to creating change, don’t become so reliant on your partners that you no longer take the time to witness the change in action yourself.

I’ve been fortunate enough to meet some of the women who have benefitted from the Primark Sustainable Cotton Programme. For example one woman, Jyotsanaben, told me that her husband is so proud of her that he has given her more autonomy to manage their home. Hearing these stories first hand is simply invaluable.

5. Don’t try and scale an initiative without first measuring its impact

And finally, while it can be tempting to roll out a particular project or initiative to as many people as possible from the get-go, the reality is very few projects are perfect the first time round. By starting small, you’ll find you have the freedom to test and innovate, so that when you increase scale you can be confident you’ll have the greatest possible impact.

So, while personal pledges are an important mechanism to encourage people to act this International Women’s Day, it’s important to remember that collaboration with others is key to ensuring that commitment to change lasts more than one day. None of the change we’ve achieved at CottonConnect would have been possible if we’d acted in isolation. In this instance, there really is strength in numbers.