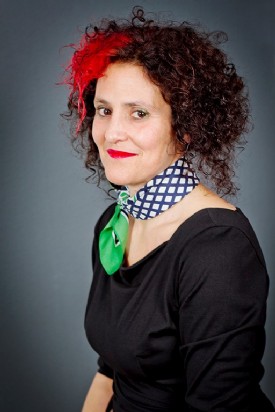 Benita Matofska is an international public speaker, change-maker and world-leading expert on the Sharing Economy. An award-winning social entrepreneur, she created the charity The People Who Share and Global Sharing Week. Through social innovation, Benita helps organisations become change-makers and features regularly in the media worldwide.

@benitamatofska More from this blogger Create your own blog

There's a new generation of entrepreneurs. They see themselves as change-makers, activists building businesses to save the planet. Like Greta Thunberg, they know that time is running out. Fed up with what they see as 'corporate inertia', they're calling on big business to become activists themselves.


These change-makers are part of the Sharing Economy, but not the Sharing Economy as we know it.  Until now, the phenomenon which has garnered much media attention since its birth a decade ago has focussed on peer-to-peer, technology-driven, VC backed start-ups, but this new breed of ‘activistpreneurs’ are not only commercially savvy, but hell-bent on delivering social and environmental value too. They know that the companies of the future are those who can become activists and change-makers themselves.

Take Ruth Anslow, co-founder of Brighton-based rebel supermarket HISBE (How It Should Be). Together with sister Amy and Jack Simmonds they’re reinventing the supermarket experience. “We’ve built an alternative supermarket model through collaboration and caring. We got fed up with the way supermarkets do business, it has a negative effect on people, communities and local economies. We’re about keeping profits in communities and in the hands of the producers”. For these activistpreneneurs, commercial success only follows social and environmental wins. HISBE broke even in a record-breaking two months, six months ahead of their targets. The founders believe this financial success is down to their values and approach.

“We help a lot of small suppliers get going, we share the profit with them, so every pound that gets spent in HISBE, 68p goes to suppliers. The equivalent figure in supermarkets is 9p. If they’re given the right price and the right conditions, they can make the products that contribute to a better food system.”

The real key to their success is the philosophy that lies at the heart of activismpreneurship - the contribution they make to the industry as a whole. ‘Our big vision is to transform the food industry by reinventing the way supermarkets do business”. This, they believe is the biggest lesson for corporations: focus on creating value for the wider sector and society at large and you’ll win.

Take 29-year-old Daan Wedderpohl from Amsterdam, who also shares this view. When his house burned to the ground, he lost his home, his belongings and his job, which proved to be the catalyst for creating goods-sharing platform Peerby, because, he says “the stuff we consume is the biggest contributor to our environmental footprint.” Again, his activism permeates his business approach. “The ultimate goal is that consumer goods will never be designed for one person, but for a community and if goods can be passed from person to person, then the manufacturers will have to create a business model for sustainability, reparability and reuse.”

So what should sustainability professionals and larger incumbents be doing? How can they ‘unleash the activist?’ First, answer these three all-important questions.

With over £3.5trn worth of idle resources and enough surplus food to feed 10 billion people worldwide, the true power of the Sharing Economy is becoming evident with activist entrepreneurs Dan Wedderpohl and Ruth Anslow demonstrating how everyday, positive activism can make a difference. And, with time not on our side, it’s time to unleash the activist in all businesses.