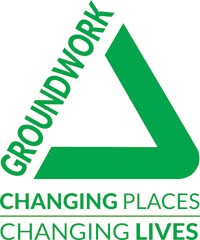 Graham was appointed Groundwork UK's Chief Executive in March 2014. He has nearly 20 years’ experience of helping public and voluntary sector organisations reach new audiences and deliver strategic communications and development campaigns. Graham joined Groundwork UK in 1998, prior to which he undertook a number of communications roles in the voluntary, public and private sectors.

@grahamduxbury More from this blogger Create your own blog

A number of core principles are considered received wisdom in encouraging pro-environmental behaviour change. Another core pillar of behaviour change theory is that the messenger matters as much as the message. People trust people like them.


A number of core principles are considered received wisdom in encouraging pro-environmental behaviour change: creating fear of the future doesn’t work; focusing on intractable global issues breeds powerlessness and inaction; behaviours can be nudged through a combination of incentives and rewards; people are willing to do the right thing but if the right thing isn’t easy to do it won’t get done. Another core pillar of behaviour change theory is that the messenger matters as much as the message. People trust people like them.

When it comes to tackling climate change we can see this in sharp relief if we look at the coverage given to Paul Polman, who recently stepped down as CEO of Unilever to set up the Imagine foundation, and Greta Thunberg, currently crossing the Atlantic by zero-carbon yacht en route to the United Nations.  Both have essentially the same message about the need for urgent action, but each is inspiring very different reactions and audiences.

Polman sees business as ‘the main engine for change’ while Thunberg maintains that direct action by ordinary people – in particular, the young - is the way to force policy-makers to act. We’ll get further faster if we see these positions as mutually reinforcing rather than conflicting. In a globalised economy, business can lead the way in terms of product innovation, responsible sourcing and the shift towards a circular economy. When it gets it right business can also inspire and support millions of people to take action in their homes and communities.

In the UK there is a long and successful track record of community-led action on environmental issues, from conservation groups protecting the biodiversity of green spaces to local energy schemes and local food-growing initiatives. The increased level of awareness generated by trusted messengers such as David Attenborough has seen a surge in this activity with new campaigns around plastic waste and air pollution. The degree to which this can impact on political decision-makers is evidenced by the fact that more than 100 local authorities have joined the central government in declaring a climate emergency. The trick now is to ensure that this rising sense of crisis leads to practical action, not paralysis.

Helping community groups to sustain and grow their climate-related campaigns and activity is one way business can demonstrate its leadership. Groundwork supports community-led environmental action by providing grants and support to grassroots groups. We know from experience that community organisations can achieve considerable success in reaching people – particularly groups considered vulnerable – and engaging them in activities which improve environmental awareness and promote collective voluntary action and individual behaviour change. However, we also know from surveys of the groups we help that many say life is getting harder. Dwindling government grants, the loss of local spaces such as community centres, village halls and parks and the contraction or closure of other public services due to austerity mean that in many places groups are having to deal with more significant challenges with a reducing level of resource.

The leaders of even the biggest businesses recognise that credibility within local communities is fundamental to commercial success. This means operating responsibility in terms of employment practices, supply chains and natural resources, but it also means helping the communities in which a business operates to be more resilient. Helping to maintain the social and environmental infrastructure on which our communities depend - through charitable partnerships, social value commitments and volunteering - can support colleague engagement, wellbeing and productivity, build the brand and deliver measurable impact in pursuit of Sustainable Development Goals.

In developing their approach to corporate responsibility, business decision-makers naturally respond to issues or causes that resonate with their customers and colleagues as they know that a direct, personal connection galvanises action. Extreme weather events, plastic-filled oceans, biodiversity loss and toxic air all used to be seen as someone else’s problem but now their impacts in the UK can’t be ignored. Combatting these dangers requires global decision-making and local community action.  Good business could and should be at the heart of both.