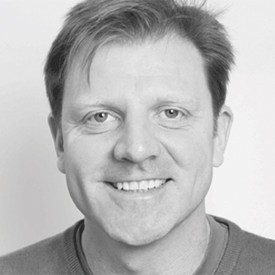 Chris Sherwin is the Director at Reboot Innovation, a creative consultancy on a mission to change what and how we innovate – for a better world. We fuse world-changing innovation, marketing and design with cutting-edge sustainability and ethical business. We are the sustainable innovation partner to brands and innovators who want to practically design a green, fair and prosperous world.

@sherwinnovator More from this blogger Create your own blog

One important event in the corporate innovation calendar is Boston Consulting Group's annual 'Most Innovative Companies' benchmark. This year Google was again acknowledged for its innovation leadership (holding the number two spot for the fourth year, again behind Apple) and the digital technology giant is also responsible for one of my favourite innovation projects. This blog unpacks the ways that Google, and other leading innovators, can teach us much about how we can and should be innovating for sustainability.


Several years back Google instigated one of its renowned ‘moonshot’ projects asking: ‘how can we provide internet access to everyone?’. We might think of the internet as a truly global communication services yet two-thirds of the world do not have access of any kind. Kicked off through an ‘Innovation Lab’ housed in the company’s mythical ‘Google Garage’, what resulted was Project Loon. The obvious answer to their problem would have been to simply lay more fibre optic cable; a costly, time consuming and resource intensive activity, but Google’s ambitious idea was for a network of balloons traveling on the edge of space, designed to connect people in rural and remote areas, to help fill coverage gaps, and to bring people back online after disasters.

Subsequent years have seen successful Project Loon trials in areas like disaster-torn Haiti and Peru and balloons have flown for more than 190 days thus far. The project is currently incubated within Alphabet X, the holding company’s R&D wing, all of which is pretty inspiring stuff. Yet what is it about Google that makes them so much more innovative than others, capable of pursuing such breakthrough ideas? And in turn, what can sustainability practitioners learn from this - to then apply to other big planetary challenges?

It certainly helps to have massive investment in R&D and innovation and Google’s ‘R&D intensity’ was 15% of pre-tax profit in 2017, stretching into $billions. On top of that the digital technology sector which Google inhabits - dominating the BCG benchmark - is characterised by being innovative and disruptive due to its fledgling nature. Yet these factor alone don’t explain Google’s innovation leadership and I want to highlight how the company structures and manages the early-stages of these innovation moonshots, with the takeaways for us. Here are Google’s three principles for front-end innovation success:

The first step to great innovation sounds obvious, which is to start innovating through the lenses of users and/or customers - who will buy and use your product or service, what are their needs, desires and aspiration? It is still surprising how many innovators do this poorly, often being blinded by their business model or technology.

For example, in 2009 the first steps of peer-to-peer accommodation platform AirBnB had seen sales initially lift, then plateau. Its founders decided to research and better understand the needs of early-adopting customers, by visited listed apartments in densely populated New York. They discovered an insight that would prove crucial to AirBnB’s stratospheric rise: the photos taken and uploaded by sellers were really bad quality, often blurred or off-centre. This was a big put-off for buyers who wanted certainty and security on the accommodation they were hiring, to give them piece-of-mind during these new virtual purchases. The founders hired a $5000 camera, took better photos themselves, then set up a photography program, and the rest as they say is history. A crucial step in building AirBnB’s $30bn valued business was better understanding their users needs.

Take-away: Stand in your users or customers shoes and work backwards to the ideal solution

Digital innovators like Google don’t look for 10% improvements, they strive for ten times better - increasingly known as ‘exponential thinking’. This sets-the-bar-high for idea generation, encouraging bold thinking and intrepid ideas, which Google’s head of innovation and creativity Frederik Pferdt requests as, “just beyond crazy is fabulous!”

Few innovators approach business or societal problems in this way, though Google founder Larry Page thinks they should, issuing the following call-to-arms to Singularity University innovators: “Are you working on something that can change the world? Yes or no? The answer for 99.99999 percent of people is no. I think we need to be training people on how to change the world’

Google uses rapid prototyping to make ideas real fast, to learn from doing and get user feedback early-on. One of the worlds best innovators IDEO advocates this too, describing this as ‘failing your way to success’.

One of my own projects, to develop a new technology for more efficient paint recycling, shows the benefits of rapid prototyping here. We developed prototypes for five technologies really quickly (a couple of days each), then developed three further rigs for the most promising route (weeks/months) before settling on a final design solution. The early prototypes were crucial steps in finding the right final solution.

Take-away: Prototype sustainability ideas fast and get them in-the-hands of a few users, to learn and improve

Far from being a post-it note jolly or starting with the proverbial blank-sheet-of-paper, Google follows a structured process for innovation which they manage and improve over time. Yet despite recognising the need to innovate for sustainability, we still invest very little in sustainable innovation processes, especially at these early stages. Imagine how much further we could get by applying these Google-like principles – knowing your user, 10x thinking and prototyping – to sustainability moonshots, like the SDG’s or a circular economy. The sustainability world can learn much from todays most innovative companies.