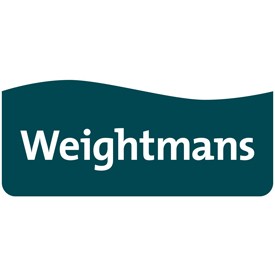 @Weightmans More from this blogger Create your own blog

How will Brexit impact our involvement in the Circular Economy Package?

The Circular Economy Package launched by the EU in December 2015 has many angles to it. Its main areas of focus are the use of natural resources, the manufacture and consumption of products, their disposal, recovery and reuse, as well as the markets for secondary raw materials.


The Package itself is comprised of a number of legislative proposals, but a lot of the detail comes in the form of policies and other mechanisms that are not legally binding.

To understand what Brexit could mean for the Package it is necessary to consider the two main Brexit options.

If the UK wishes to participate in the single market, it would need to sign up to the European Economic Area (EEA) Agreement (EEAA). Annex 20 of the EEAA sets out the environmental controls that signatories to the EEAA are subject to. Annex 20 is updated regularly to account for new controls that flow predominantly from the EU. A quick look at the legislation listed in Annex 20 confirms that if the UK adopted this route post Brexit, actually very little would change in relation to environmental controls and the majority of legislative proposals that form part of the Package once enacted would continue to apply to the UK.

Aspects of the Package contained in non-legally binding mechanisms would not apply to the UK. However, policy often dictates future legislation and so if the UK was going to be subject to future EU laws through its EEA membership, it would be daft not to align its own policies with those of the EU in order to prepare properly for the controls that it would be subject to in the future. As a result we would undoubtedly see some form of UK policy aligned with the Package.

The big stumbling block with EEA membership will be the requirement to adhere to the principle of the free movement of people. However, there is a debate as to whether or not there will be a restriction on  the free movement of people through some form of points scoring system to assess eligibility for entry to the UK. Many EU leaders have stated publicly that the UK will not be allowed to introduce such controls which would conflict with the free movement principle if it wishes to join the EEA. For that reason, membership of the EEA at the moment seems very unlikely.

What seems more likely at the moment is either the UK’s relationship with the EU is dictated by the World Trade Organisation (WTO) and its trade rules, or the UK will seek to negotiate independent bilateral trade agreements with key trade partners (often referred to as the Swiss model). It will take time to negotiate individual trade agreements and so it seems very likely that the WTO rules will apply at least in the short to medium term.

As a result, the UK would not be directly bound by many of the EU environmental controls including those relating to the Package. It would however be indirectly subject to a number of the controls that apply to trade specific activities in the same way as other countries trading with the EU. For example, US corporations whose products needs to comply with the REACH and Biocides controls or WEEE and ROHS related requirements. If concepts in the Package, such as minimum recycled content in certain products are brought forward, then these obligations would apply indirectly to the UK because they would affect products being supplied into the EU. However, other elements of the Package, such as recycling targets, would not apply to the UK.

So, in summary, although we are still unclear what our post-Brexit circular economy model will be, we can start to assess the external factors that will dictate the extent to which the UK will continue to be subject to the Package.

Other factors that must be considered include the approach adopted by companies that operate EU wide. It is hard to see companies complying with aspects of the Package within the EU, but then departing from that approach in relation to their UK operations. Car manufacturers are a good example. Many of them are leading the way in placing the circular economy at the core of their business without the need for any legal controls and stimulus.

Another consideration is the impact of supply chain requirements. It seems likely that companies operating in the UK and across the EU will require those that they trade with to adopt the circular economy concept.

From a UK perspective, we have seen Scotland and Wales embrace the circular economy concept and that trend is likely to continue as we see increasing levels of divergence relating to the environment resulting from devolution. The likelihood is that even without a direct or indirect obligation from the EU to adopt the Package, the UK will need to take its own steps to incorporate the circular economy concept into its own policies and from there to introduce its own legal controls.

The bottom line is that the circular economy concept appears to be here to stay in the UK, but the form it takes will be subject to some uncertainty in the short to medium term.

Simon Colvin is a partner and national head of the environment team at UK law firm Weightmans.