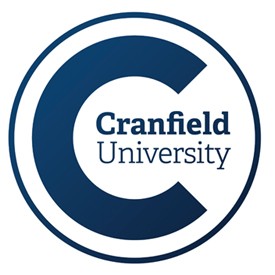 According to recent reports, flying cars could finally 'get off the ground' and be commercially available this year. By coincidence I was in Brussels with the Evaluation Expert Panel for the latest Horizon 2020's 'Green Vehicles' proposals at the same time, and over tea breaks we discussed the likelihood of this year being the 'Year of the Flying Car'. Not surprisingly, there was the usual degree of scepticism by the gathered experts about these new claims.


After all, the concept of flying cars boasts a long history. There have been countless science fiction novels and films, where flying cars have featured. The 1989 Back to the Future Part 2 film predicted flying cars to be the norm by 2015 – we’ve sadly missed that date! Yet rather ironically, "Where is the flying car?" has become the classic expression to highlight where technological developments fall short of human expectations.

So are this year’s claims any different from those before? Or they just are the latest subject of ridicule on the topic?

What makes some of today’s claims different from the ‘usual suspects’ in the past are the advances in drone technologies and autonomous vehicles. Drone technologies are developing so quickly that they are marching into application areas not contemplated only a few years ago, and aviation regulators are finding it hard to keep up with the pace of technological developments and commercial exploitations.

One of the key enabling technologies is the powerful rare-earth electric motor that has superior power density when compared with its engine counterparts, similar to the one developed in Cranfield’s Electric Power and Drives (e-PAD) lab. What’s more, Prof Shijun Guo (Cranfield’s Centre for Aeronautics) and I have been looking into new ‘electric bird’ concepts. Although these would need a new generation of high power electric motors to become a reality, innovative approaches and technological breakthroughs are happening and we’re getting closer to realising our dreams!

Outside of academia, Amazon last year launched its pilot Prime Air's service in the UK, with electric-powered drones sending small packages to users in Cambridgeshire up to a distance of 20 minute-flight time. Amazon said it would expand the service area and increase the parcel’s weight limit beyond the current 5kg.

But it’s not just flying cars. Autonomous (driverless) cars make frequent headlines with claims of enormous benefits, such as cutting road accidents by 90% and reduced car ownership costs. There is no shortage of companies claiming to develop autonomous vehicle technologies: Uber, Tesla, Google and Apple are all competing for the future market of autonomous vehicles.

Yet according to the veteran US magazine Popular Mechanics, autonomous flying cars might ‘get off the ground’ sooner than their land-based counterparts. One possible reason is that auto-piloting has been routinely used in aircraft for many years.

Which is where Ehang 184 flies onto the scene.  Leveraging maturing technologies in drones and auto-piloting, Ehang 184 (meaning 1 passenger, 8 fans, 4 axes) is a quad-rotor air vehicle, weighing 200kg with a height of 150cm, and a carrying capacity of 100 kg. Classified as an autopilot aircraft, the passenger uses a smart phone to enter the destination; meaning there is no need for a pilot license. The auto-piloting single-passenger aircraft will be constantly monitored by a command tower, which can take back control should it become necessary for security or safety reasons.

Although there are no doubt many safety concerns and legal obstacles ahead, Ehang 184 sets itself apart from the previous flying cars in two aspects – it is auto-pilot, and being electrically powered, it is also green. What Ehang 184 needed was the approval of a local government to exploit the technology, and in February it got just that with Dubai government closing a deal to launch a ‘flying taxis’ pilot scheme later this year.

A successful launch in Dubai may well be a defining moment in the flying cars long history, but what is certain is that new concepts of flying cars will continue to be developed.

Time will tell if 2017 will be remembered as the "Year of the Flying Car". Maybe it will be the year of the ‘flying bird’! But what’s more important is that 2017 represented the year when green, auto-piloted cars flew out of the pages of science fiction and into reality.