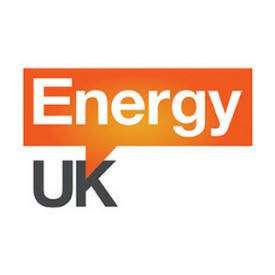 Lawrence Slade is the Chief Executive of Energy UK, the trade association for the GB energy industry with a membership of over 100 suppliers, generators, and stakeholders with a business interest in the production (using all forms of generation), retailing and transmission of electricity and gas for domestic and business consumers.

@EnergyUKcomms More from this blogger Create your own blog

It's time for a concrete Government plan to deliver net-zero

Extinction Rebellion's actions and Greta Thunberg's rise onto the global stage have forced climate change to the top of the media and political agenda - exactly where it should be. It led to the net-zero pledge and burgeoning public awareness of the urgency of our situation and what we must do to combat it.


Many of these are things that - on behalf of the energy industry we represent - we’ve long been pushing for progress on. It’s great that the wider world is now talking also about the future of energy and the role it will need to play in reaching that net-zero target.

Now we need the detailed plans and action to get us there – with a General Election in full swing, we’re already seeing the various political parties talking up their plans for energy, achieving net-zero and tackling climate change.

Of course, the energy sector has led the way in reducing this country’s carbon emissions – now down to levels last seen in the 1890s. Commendable but the last thing we can afford to do is sit on our laurels. We’ve shown what can be done but we know we have much, much further to go.

We’re ready to play our part but we can’t do it alone – no individual sector, department or country can. We need nothing less than a concerted transformation across our whole economy – as we’ve publicly said net-zero needs to be central to the consideration of every Government policy now.

We need concrete government plans, whoever that might be, to kickstart this net-zero revolution. Of course, there’s the long-awaited White Paper, slated for next year and we can only hope that the political circumstances which have already delayed this do not do so further. We’ve outlined some of the priorities in our recently published manifesto as did your own Achieving net-zero carbon in utilities report - part of the Mission Possible campaign - which we were pleased to contribute to.

Whilst the energy sector has already undertaken a lot of the heavy lifting we need to accelerate the decarbonisation of transport and also find alternatives to how we heat our homes and businesses.

By 2050 every heating source will need to be decarbonised. No one option is simple to implement and some have significant impacts for domestic and non-domestic customers. However, we believe innovation, driven by signals from Government, can deliver local solutions but we need large scale trials now to see which ones will be effective.

Meeting the UK’s decarbonisation targets will also require a drastic cut in emissions from transport over the coming decades. We believe the Government should bring forward the 2040 phase-out date for internal combustion vehicles to 2035 at the latest. We must implement smart charging as the default option for EV users, to reduce the costs of investing in new networks and ensure we have ultra-fast charging infrastructure to improve consumer confidence.

Government - and specifically the Treasury need to review alternative options for replacing fuel and excise duty that both encourages EV take-up and distributes costs appropriately. The Committee on Climate Change’s recommendation to electrify the entire rail network and introduce innovation funding for freight and larger vehicles, such as HGVs and shipping, need to be pursued with clear and positive signals from policymakers.

Brexit has, of course, consumed everything in its path for the last few years and at present still does but we face a far more important and enduring challenge. With the belated realisation of how drastically climate change could damage our planet and everything that lives on it (just watch the BBC “Seven Worlds, One Planet” series for evidence of how human choices and behaviour are affecting wildlife across the world), the urgency to act is clear - as is the responsibility we all have to future generations.

(On that note we made this film last year to commemorate the 10th anniversary of the Climate Change Act, featuring the brilliant kids at Micklem Primary School in Hemel Hempstead. I think it’s worth a watch to make the point about the responsibility we bear).

One result of recent events is that the voice and the concerns of the younger generations are now rightly being heard when it’s their future.

Time is not on our side but our industry remains fully committed to helping make a better future for the environment, our economy and our customers.

Following the UK's world-leading commitment to reach net-zero emissions by 2050, edie has launched a brand-new series of insight reports which investigate how particular industries can achieve rapid decarbonisation, starting with the utilities sector.

the inaugural 18-page report breaks down exactly how sustainability and energy professionals working for energy and water suppliers can drive the low-carbon transition – from agreeing and setting targets to scaling up on-site solutions.