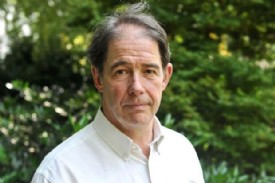 Jonathon Porritt is founder-director of not-for-profit sustainability organisation Forum for the Future, and an eminent writer, broadcaster and commentator on sustainable development.

It's time we embrace the fierce urgency of now

Jonathon Porritt recently provided the foreword to edie's flagship 2018 report for the Mission Possible campaign, which explores how businesses are scaling up effort and innovation across all areas of development to achieve a sustainable future.


I love the ambition behind Mission Possible: to define and then to help deliver a new role for business in society. It couldn’t be more timely.

Despite the fact that more and more companies are committed to doing more around a broadly-defined sustainability agenda, levels of trust in the business community are still stubbornly bumping along at a very low level, and the progress made to date on a host of big-picture sustainability challenges remains woefully short of what is needed. Meanwhile, our economies are still set on a dangerously unsustainable path, based on exponential, consumption-driven economic growth.

And that’s a big challenge for individual companies – and for the business community as a whole. Though lip-service is duly paid to the notion of sustainable wealth creation, ours is still a predominantly linear rather than circular economy; pursuing growth at almost any cost, externalising as many of those costs as possible, with a ‘shareholder first’ mindset continuing to distort any notion of ‘shared value’, let alone what is sometimes referred to as ‘inclusive’, ‘responsible’, or ‘sustainable’ capitalism.

And the reality is that we are running out of time. When it comes to climate change, we have no more than 10-15 years to do what has to be done to avoid potentially irreversible instability in our eco-systems. On species extinctions, ocean plastics, loss of topsoil, and the inexorable growth of dead zones in the oceans caused by fertiliser run-off and other pollutants – well, pick your own horror story.

2030 is the year adopted by the UN for delivering the 17 high-level Sustainable Development Goals (SDGs) – through which business must play a significant role. So, what would need to happen between now and 2030 to enable the business community to move from a position of very low levels of trust and extremely patchy Environmental, Social and Governance (ESG) performance, to playing the kind of systems-wide, high-impact role that is now demanded of it?

For me, there are three compelling challenges. First, companies have to become efficient and intelligent capitalists! It staggers me that so many companies today still fight shy of a properly integrated version of capitalism, continuing to trash stocks of natural, social and human capital to drive short-term commercial gain.

There can be no excuses here any longer. Companies now know the unacceptable costs that they continue to impose on the environment, on their suppliers, and on future generations, simply to gouge out a bit more for their shareholders. For instance, I feel less and less inclined to sympathise with companies who, in the name of competitiveness, claim they can do nothing about paying wretched wages to the poorest of their employees, let alone to some of the world’s poorest people in their supply chains.

Second, companies have to rebuild trust, individually and collectively, with civil society. They have to commit to the highest standards of transparency and accountability in everything they do, and to codes of business practice that leave no wiggle room. For instance, how dare banks and others in the financial services sector lay claim to ‘behaving responsibly’, when many of the products they bring to market are still unashamedly exploitative? If they just applied the Golden Rule in all product innovation (‘do unto others as you would have done unto you’), then there would be a lot less rip-off mis-selling going on.

Third, companies must step up as cross-sectoral solution-brokers, using their assets and brands to help others raise their game. The record of business here is impressive, and the contribution made by many leading companies to securing agreement on both the Paris Agreement on Climate Change and the SDGs was truly inspirational. But it’s an inconsistent picture out there. For instance, some of the today’s stakeholder or community engagement is so tokenistic as to merit only contempt; these initiatives have to be budgeted for properly, invested in substantively, and ‘justified’ to shareholders as the minimum price now expected of all leading companies to ensure that their ‘licence to operate’ is renewed year after year. This is the sort of thing that the authors of the 2017 Report from the Business Commission for Sustainable Development meant when they called for a new ‘social contract’ between business and civil society.

But to be honest, I’m a little weary of reading report after report highlighting the potential financial value to business if companies can work out new ways of helping to deliver the SDGs. Such an approach can sound very instrumental, exploitative even, focussing primarily on the billions of dollars of new dividend-yielding activity, with the benefit for society, the poor and the planet appearing almost as bit-part players in this race to squeeze the last dregs of profit out of an inherently unsustainable and inequitable model of capitalism.

Hard-pressed chief sustainability officers probably won’t thank me for raising the ideological stakes in this way! But, part of edie’s Mission Possible initiative must be to encourage organisations to begin re-imagining capitalism and business leadership. If[LN2]  individual companies get involved in the SDGs with a clear commitment to delivering ‘equitable shared value’ (Michael Porter’s original ‘shared value’ thesis has clearly failed to shift the needle so far), then people might feel inclined to trust business more as genuine co-creators of sustainable wealth.

Ten years ago – maybe even five – this kind of advocacy would have seemed outlandish, as businesses set out to meet their fiduciary duties by continuing to maximise shareholder return, whilst simultaneously seeking to reduce their negative impacts on the planet and on people. This ‘have your cake and eat it’ approach simply hasn’t worked, and it’s deeply dishonest for anybody in the world of corporate sustainability to make out that it has. Or that it will in the future.

So, what would it mean in practicefor companies to become ‘co-creators’ of sustainable wealth? Every company would need to develop a compelling narrative about its core purpose over and above what it needs to do to generate profits. Larry Fink’s much-quoted letter to the companies in which BlackRock is invested spells this out pretty clearly:

“Society is demanding that companies, both public and private, serve a social purpose. To prosper over time, every company must not only deliver financial performance, but also show how it makes a positive contribution to society. Companies must benefit all of their stakeholders, including shareholders, employees, customers and the communities in which they operate.”

And companies will need to be out there, loud and proud, using their voice to advocate for more effective policy-making and regulation, to speak up as defenders of ‘equitable shared value’ and of diversity in the workplace. That will obviously require them getting their own houses in order first, on things like the Living Wage, executive remuneration, taxation policy, equal pay for men and women, and the gender pay gap. And they will need to be even more engaged in supporting ‘coalitions of the willing’ to help accelerate change in key systems of today’s economy.

The message behind Mission Possible is clear: embrace ‘the fierce urgency of now’ in going much further, and much faster, to help build a genuinely sustainable world.