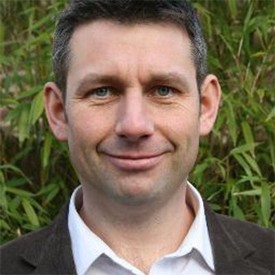 Learning from the French on food waste: carrots could be more effective than sticks

The French food waste law introduced earlier this year, which requires supermarkets and other food businesses to establish relationships with food redistribution charities - with penalties running to thousands of Euros for those who fail to do so - has sparked a great deal of discussion here in the UK, where we waste an incredible 10 million tonnes of food every year.


When you consider the resources we use to grow, manufacture, distribute and dispose of food that will never be eaten, that figure is shocking. Worse still, the waste prevention organisation WRAP recently estimated that at least 270,000 tonnes of food wasted at the retail and manufacturing stages of the supply chain is still perfectly good to eat and could be redistributed to feed people in need. Yet just a fraction of that amount, about 10,000 tonnes, is currently redistributed to charities each year, with the rest being used as animal feed, sent to anaerobic digestion to generate energy, or thrown away.

Just a few miles away across the Channel, the French redistribute more than 10 times the volume of food that we do here in the UK. So, should we follow their lead and bring in a new law forcing food businesses to send surplus food to good causes? That was one of the proposals in the Food Waste (Reduction) Bill introduced to Parliament last year, and while it failed to reach a second hearing, the possibility of legislation is up for discussion once more as part of the Environment Food & Rural Affairs Committee's inquiry into food waste.

At FareShare, we firmly believe we should learn from the French approach to food waste, and strive to match the volumes of food they redistribute to people in need. But we don't believe the new law is the reason France redistributes so much more than the UK, and we don't think following suit would make a material difference to our food waste problem. Not only would it be difficult to police but there's also the danger it could turn the redistribution sector into a dumping ground for food with short remaining shelf life - meaning it could still end up going to waste, unless the Government also invests in the charity redistribution sector's capacity, to ensure it could cope with increased volumes.

Instead of focusing on the legislative 'stick', we could learn more by focusing on the 'carrot' that the French use to incentivise businesses to squeeze the social good out of their surplus. Retailers and manufacturers can claim a tax break for providing food to redistribution charities - so they don't lose out financially for doing what's in the best interests of society and the environment. It's this fiscal incentive, not the new law, that the Fédération Francaise des Banques Alimentaires (FareShare's counterpart on the other side of the Channel) cites as the single largest reason that France is way ahead of us on food waste.

During more than 20 years working with the UK food industry, FareShare has found that most manufacturers and retailers want to redistribute their surplus food to people in need, but the extra costs can be a significant barrier. It can be far cheaper to convert edible surplus into animal feed or to send it to anaerobic digestion, where there are financial incentives for generating green energy. The ability to create energy from food waste is a wonderful thing, but with more than 8 million people in the UK struggling to put food on the table, the priority for good, edible food should be to feed people first.

We believe the best results are obtained when businesses act voluntarily. That's why, FareShare wants the UK government to introduce a level playing field, so that it doesn’t cost businesses more to ‘do the right thing’ with their surplus food. Removing that barrier could bring significant economic, social and environmental gains, and ensure we're no longer the 'poor man of Europe' on food waste.