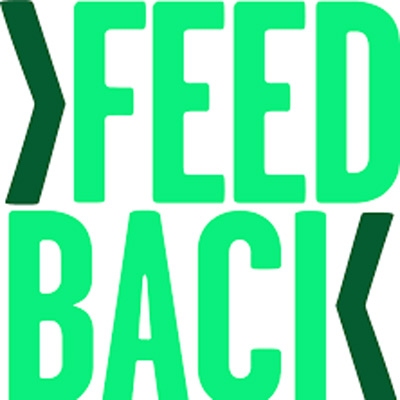 Feedback Global is a campaign group working to regenerate nature by transforming our food system. To do this we challenge power, catalyse action and empower people to achieve positive change.

Founded in 2013, we combine hard-hitting investigative research, mass public participation feasts,  and on the ground pilots for a better food system.

@feedbackorg More from this blogger Create your own blog


Over the past decade, industry has watched while a commodity integral to hundreds of food and consumer good supply chains became inextricably linked with ecological disaster. That commodity was palm oil – is the same thing now happening to soy? Brands flexed their marketing muscles in an effort to head off palm oil’s toxicity, struggling to reassure concerned consumers that their palm oil was responsibly sourced. But, in the end, the position that cuts through the noise was an absolute one: Iceland pledged to remove palm oil from its own-brand products.

Now attention turns to another soft commodity with a supply chain scarred by deforestation. The 3.3 million tonnes of soy the UK imports lurks one step removed from the supermarket shelf, mainly within the supply chains of UK chicken and pig feed. But while it might not appear on the back-of-the-packet, it cannot be ignored. Just like palm oil’s origins in Indonesian rainforests, the UK’s soy supply comes from iconic biomes such as the Brazilian Cerrado, where the native vegetation, rich biodiversity and vital cultures of its inhabitants are under existential pressure.

Attempting to learn the lessons from palm oil, brands have been quick out of the gates to cobble together sustainability pledges. For palm oil, pledges such as these failed dramatically: palm oil forests certified as sustainable are being destroyed faster than non-certified land. And now we see this same picture for soy. Even while more than 74% of the UK’s soy supply chain is not covered by a zero-deforestation commitment,  soy traders in the Brazilian market who do have zero-deforestation commitments – Cargill, Bunge, ADM and Amaggi – have been associated with similar deforestation risk in both the Amazon and Cerrado as companies that do not. Put simply, there is no such thing as sustainable soy.

This was dramatically underscored last year by an expose by the Bureau of Investigative Journalism. This is not a story of a rogue operator: it is of the largest soy trader, Cargill, buying from one of Brazil’s largest producers, and selling to the UK’s largest retailers. A farm owned by SLC Agricola - whose largest shareholder is the UK’s Odey Asset Management – cleared forested land, to grow soy, traded through Cargill- itself backed by some of the world’s largest banks, including the likes of HSBC and Barclays, that have made deforestation and climate commitments-  to chickens that end up on Tesco’s shelves branded as ‘Woodside Farms’ and in cardboard boxes at McDonald's. The environmental destruction captured in this story – like 85% of forest clearance in the Cerrado – was perfectly legal. Tesco’s vocal support for the Cerrado Manifesto, which calls for the “adoption of effective policies and commitments to eliminate deforestation and conversion of native vegetation and disassociate their supply chains from recently converted areas” collided headlong with its purchase and sale of deforestation-linked chicken.

As the clock hit midnight on 31 of December, high profile pledges by commodity traders and retailers to eliminate deforestation from their supply chains were consigned to history, all missed. Cargill has already moved its own deadline back from 2020, to 2030. For retailers, this presents a conundrum. Is it time to double down on pledges, roundtables, and certification processes? To point to rogue traders and promise reviews and processes in an attempt to distance themselves from ecological destruction? That’s been the approach so far – with retailers such as Tesco demanding soya traders drop soya from farms deforested after 2020. But this approach increasingly exposes retailers to accusations of greenwashing. The reality is, pledges and commitments will continue to collide with the reality of intensive animal agriculture and its supply chains. If there’s no such thing as sustainable soya, there’s no such thing as sustainably farmed soya-fed chicken either.

To get ahead of the story, a more radical approach is needed. With no evidence that deforestation-free soya is possible, the time has come to marginalise this dangerous commodity in supply chains altogether. For retailers, this means the only meaningful target is one that commits them to selling less of these most damaging forms of meat – the Committee on Climate Change says we need to eat, at a minimum, 20% less by 2030, and other experts suggest a reduction by half by the end of the decade will be required for ecological, health and equity. The race is on for supermarkets to adopt meaningful science-based targets for meat reduction.