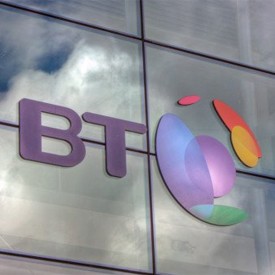 We bring together the best networks, the best technology and the best people. Making connections, creating new possibilities. When we do all these things business grows, communities flourish and people get more out of life. That’s the difference we’re determined to make, every single day.

No more strawberries at Wimbledon

Something unusual happened at last year's Wimbledon tennis championship. The competition's 2011 quarter-finalist, Australian Bernard Tomic, was forced to call for post-match treatment after feeling dizzy. Elsewhere in the grounds, a ball boy fainted and was then hospitalised.


The reason wasn’t - fortunately - from being the unwitting victim of a 230km/h Federer serve. It was the weather. Or, more precisely, the scorching temperatures of 35.7C – the hottest ever recorded at the All England Club.

Earlier in the year, in Tomic’s home country, the Climate Institute issued a report. Those that read it took heed. In less than 35 years, rising temperatures will leave Australia’s ski slopes mostly bare. Already, more than half of rural Victoria’s community sporting leagues have delayed or shortened their seasons due to drought. By the end of this century, Sydney will have four times as many days where mercury breaks 35C than today.

The home of the Miami Dolphins, housed in a city a mere 10 feet above sea level, could be completely submerged if sea water levels rise by even just 35cm. To put that into perspective, they have already risen some 30cm since the 19th century.

Heatwaves, changed rain patterns, floods and drought are challenges sports not just in Australia, but around the world are coming to terms with.

Now, would I rather watch championship tennis when the sun is shining?  Undoubtedly. But that’s not the question here. If the effects of unfettered climate change go untackled, there’s a scenario in which I won’t be able to watch lawn tennis. Period.

The powers that be at Wimbledon have taken heed. At this year’s Championships, 95% of waste was diverted from landfill. Considering that a quarter of a million bottles of water, 200,000 glasses of Pimms and 28,000kg of strawberries are consumed in the two week period, that’s no small feat. Working with the Centre for Sustainable Energy the carbon footprint of the competition has now been measured, and benchmarked for reduction in 2016.

We have other reasons to believe. Soon after the torch was extinguished at the London Olympics, we learned the organisers had ensured 100% of the game’s waste was diverted from landfill. Emissions were 28% lower than expected. And energy use at the Olympic venues generated 31,000 metric tons of CO2 less anticipated. That’s the same amount of emissions generated by driving 71 million car miles.

Yet in 2009, something changed. NASCAR launched a programme to reduce its emissions. In that time the body has planted enough trees to offset carbon emissions for all NASCAR national series racing for the past five years, and the coming 40.

NASCAR, Wimbledon and the organisers of the London Olympics have all done revolutionary things. But, and you can call me a radical for suggesting so, I believe progress outside of the boardrooms is essential for scale and lasting change.

Progress requires a social contract with spectators, viewers, and indeed sports men and women that has instigated action on a greater scale. We avoided dumping those 200,000 Pimms cups during Wimbledon because spectators recycled them. NASCAR planted those trees with the support and help of their own fans.

It’s not just as professionals, parents and people that we should care about the effects of global warming - it’s as sports fans too.

As people involved in sport we have the ability, and the responsibility, to inspire. To illustrate the point, consider the following question. What is the difference between Ellen McArthur’s trimaran and, let’s say, our globe? During her circumnavigation in 2004-5 McArthur realised the answer. Just as she was completely self-sufficient for the 73-day trip on the food and fuel in her yacht, so too are we all dependent on the finite resources at our disposal.

Sir Ben Ainslie, the most successful Olympic sailor of all time and America’s Cup winner, champions sustainable sport, and is now pioneering fuel-efficient boats made from recyclable composites and powered through only solar and renewable energy sources

I was proud to share a stage with Ben when we launched what could be the start of a global movement.  Both of us realised something has changed. And we both want to be part of it.

Fans around the world are uniting around a common call to action.  Whether it’s recycling in stadiums, walking to matches or planting trees for carbon abatement. But we can do more.

So together, we launched 100% Sport - a global initiative to inspire sports fans around the world to take action to tackle climate change and reduce carbon emissions by using clean energy.

When we consider how sports clubs and heroes can inspire action - like Ellen and Ben - the potential of that social contract comes to life.

The opportunity for us is clear.  Let’s create a world that’s sustainable, not just for our love of sports, but for a future generation of fans too.

Niall Dunne is the chief sustainability officer of BT Group