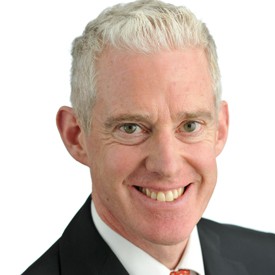 The Plan A blog
by Mike Barry

Mike is director of Plan A at the UK retailer Marks & Spencer (M&S). He was part of the small team that developed the company's groundbreaking 100-point, five-year plan to address a wide range of environmental and social issues.

@planamikebarry More from this blogger Create your own blog

One foot in 'today', the other in 'tomorrow'

The retail sector has done much in the last decade on sustainability, but it is increasingly apparent that all this has just been a dress rehearsal, a beginning not an end.


The sustainable business consensus of the last decade is being washed away. Lots of linear, individual targets, steadily ‘ticked off’ served a purpose, and got the ‘flywheel spinning’. But this model cannot keep up with the environmental, social and economic pressures that retail faces. The urgency of the call for change from consumers, colleagues, shareholders, policymakers is palpable and far greater than our current collective response. To pick just three examples of how the world is accelerating beyond us:

Biodiversity has been under pressure for years. But new evidence, particularly on the closely related topic of birds and insects, has set alarm bells ringing again. For example, a new study shows that Puffin populations on Shetland have plummeted from 33,000 birds in 2000 to just 570 today as climate change and overfishing disrupts their food chains. France’s farmland bird populations are down by a third since 1989 and in the UK they are down by half since 1970. In North America, 74% of farmland bird populations have shrunk since 1966. All of this potentially links back to a recent German study that suggests the mass of flying insects is down by 75%. Meanwhile, a study of 8236 Marine Protected Areas covering 4% of the world's oceans showed that just 2.8C of warming by 2100 will wreck the precious ecosystems/species they are meant to protect.

Climatically, we’ve smashed through the 410ppm level for atmospheric CO2 levels. Much of the Northern Hemisphere has been in the grip of a heatwave. Oman took a staggering three years of rain in 24 hours. Kerala has had record flooding. We’ve seen a record Arctic heatwave which has been preventing sea ice from forming and may well have driven the truly horrible ‘Beast from the East’ across Europe (as reference, North Greenland saw one sub-0C recording in Feb 1997, five in Feb 2011 and now 59 in Feb 2018). And a NASA study has identified 19 crucial global hotspots for water stress including China, India, California and the Middle East, none of them inconsequential.

With eight million tonnes of plastic pouring into the world’s oceans each year, it has become a ubiquitous pollutant in nature (found in fish, birds, sediment, drinking water, sewage sludge, etc) and the ‘poster child’ of all that is wrong about a throwaway society.

So let’s be harsh on ourselves, the scale of our current plans is wholly inadequate. But as Mission Possible shows, we can change provided we develop quickly a new mindset, one that recognises we need to:

1) Satisfy a massive untapped customer need on sustainability: The biggest blocker to change currently is the paralysis induced by a 20th-century view of sustainable consumption, i.e. that green products inevitably cost more and perform worse and consumers are not willing to take this hit. Yet people do want to drive EVs (but first they need a charging network they can be confident in). They want to eat meat alternatives (provided they look and taste fantastic). They want to recycle clothes (provided it’s easy and they are rewarded for it). Retailers who square the circle of ‘good for you, good for others’ will win.

2) Seize the potential of the digital revolution: Retail is made up of big numbers – thousands of shops, tens of thousands of stock keeping units (SKUs), factories and farms, and billions of items. Tracing all of this and tracking its social and environmental performance using a conventional ‘spreadsheet’ approach is impossible. Now AI, big data and sensors allow us to do this simply and efficiently.

3) Be active participants in creating a policy system in which sustainable retailing can thrive: Retail today is regulated in a 20th century way (Business Rates anyone?). We need to help shape actively a new policy system on issues such as renewables, human rights and water resources that helps rather than hinders us in creating a sustainable future. If we don’t, others will.

4) Supercharge collaboration: We are a competitive bunch but in the last few years we’ve started to learn how to collaborate to get sustainable things done faster, more cheaply and with greater scale. The UK’s Plastics Pact, Champions 12.3 (food waste) and the Consumer Goods Forum (deforestation) all point to the potential of collaboration, and we need to be hungry for more.

5) Take a systems approach: Perhaps hardest of all, we need some systems thinking. We’ve spent 40 years breaking retail down into tiny, functioning silos. Now we need to recognise that consumption is a dependent ecosystem, not just along an economic value chain. Not just in how we see consumers swapping seamlessly from a physical to an online retail experience, but also in how we understand that the food system and nature are symbiotically linked and need to be managed as such.

And ultimately this is what Mission Possible is, a mindset shift as much as a technology revolution, that recognises the profound need for change and embraces its potential to serve positively consumers, planet and society alike.

Mike Barry is director of sustainable business at M&S