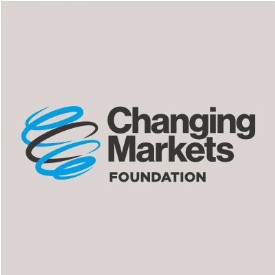 Palm oil: Certified but NOT sustainable

Last month, Jonathon Porritt stated in his edie blog that the intent of the Changing Markets Foundation was to 'undermine the creditability of certification schemes' without suggesting alternatives. As the Foundation's campaign's director, I was surprised by this accusation and feel compelled to provide my own response.


In his blog post (23 January), Porritt stated: “[the Changing Markets Foundation] never like to say what the alternative to certification schemes might be, but they are very vocal in their contempt for them.”

If Porritt had fully read ‘The False Promise of Certification’ report which he was referring to – of which I was one of the authors – he would have seen that it very clearly recognises that certification can play an important role in driving sustainability; and that it notes that the existing schemes should be judged on the merits of what they have delivered for the environment, people and truly progressive companies. When they do more harm than good, it is time to call for significant reforms and to look for other solutions.

We have evaluated palm oil certification schemes as part of our research into sustainability initiatives in the fisheries, textiles and palm oil sectors. Palm oil is so common that it is estimated to be present in half of all supermarket products, while a significant share is also burned as biofuel. Almost all oil palm grows in areas that were once tropical moist forests and the world’s thirst for this commodity makes palm oil one of the key drivers of deforestation. As numerous companies and governments have committed to reducing deforestation, there is a large and growing market for deforestation-free commodities, driven by corporations and demanded by consumers. Therefore it’s not surprising that a myriad of initiatives to clean up palm oil production were developed over the past decades, including many certification schemes.

We have started from the premise that, in theory, certification is a good idea, because it gives a quick and easy way to consumers to identify more responsibly produced products and an incentive to companies to switch to more sustainable suppliers and production methods. But in recent years, there has been a massive inflation of certification. Palm oil certification is a case in point: 60% of all palm oil used by the European food industry and all palm oil used for biofuels has some kind of sustainability certification. We have identified and analysed six different schemes, some of which had tailor-made modules for specific needs of different market players. However, none of the schemes lived up to its promise of sustainability.

Our report suggests that none of the schemes have been particularly effective at slowing down deforestation, peatland draining or the loss of biodiversity. We also believe that they have failed in stopping human rights violations and mistreatment of workers. While RSPO – which certifies around 19% of global palm oil production – is often referred to as the best scheme in the sector, our report concluded that it too had several major shortcomings and that it needed to be seriously reformed to maintain its credibility.

Since our report was published, RSPO has adopted new standards that will prohibit conversion of secondary forests and peatlands and strengthen labour rights protections. While definitely a step in the right direction, this long-awaited reform must now be properly implemented. Unfortunately, RSPO does not seem to have a good track record of enforcement, and the grace period to implement the reforms has been criticised by some NGOs.

The conclusion from our research in all three sectors is that certification has lost its way and that its contribution to creating a more sustainable world is minute. Our study joined a significant body of other evidence, which casts serious doubt on whether private-sector-driven solutions are the best way to address commodity-driven deforestation and other sustainability problems in globalised supply chains.

So, what are the alternatives to certification? They mostly come down to governmental regulations in producing and consuming countries. First of all, we need to reduce the unnecessary consumption of palm oil and stop burning it as biofuel in our cars, trucks and planes. While Porritt, in his blog, claimed that NGOs have not addressed the fact that other vegetable oils have much lower yields, we believe he is missing the elephant in the room: the hugely wasteful biofuels industry. I suspect that if we reduce the demand for vegetable oil from the biofuels market, we can meet all our demand for food without having to grow much more palm oil on newly cleared land. The European Commission has made the first steps in this direction by classifying palm oil as what it is: more polluting fuel than fossil diesel, but it should go much further and stop encouraging the use of vegetable oils for biofuels.

On the supply side, governments of countries with high rainforest density should create and implement effective forest conservation policies, including introducing an immediate moratorium on deforestation and peatland conversion. Instead of extending new plantations in the new forested areas, companies and governments could invest in efficiency improvements, better production methods and training. Perhaps organisation’s like Porritt’s Forum for the Future could help with the latter instead of relying on what we believe to be weak certification schemes?

Nusa Urbancic is campaigns director at the Changing Markets Foundation