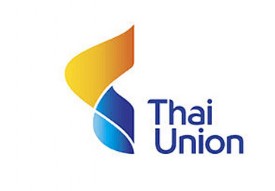 @thaiuniongroup More from this blogger Create your own blog

Paris is always a good idea: Why modern slavery needs a proper framework and definition

Dr. Joy Murray, Dr. Arunima Malik and Dr. Darian McBain look at the need for modern slavery to be properly defined on a global level and how effective initiatives to combat it can also have an effect on climate change.


Humanity currently faces two overarching and immediate threats. These are: climate change, with a headline indicator of greenhouse gas (GHG) emissions and inequality, with a headline indicator of modern slavery. They are ever-present and must be tackled—quickly. They’re complex, with wide-reaching effects and consequences. They also affect all of us, whether or not we realise it. However, there’s good news. Addressing one can actually make large inroads into combatting both.

Modern slavery is big business. The International Labour Organization (ILO) estimates illegal gain from forced labour generates annual profits of US$150bn, US$46.9bn of that in developed economies. Annual profits per victim are highest in developed economies at $34,800 per capita. Imagine the impact on inequality if some of that was taxed and used to support education for the poorest members of society. Imagine the effect on the lives of those subjected to modern slavery if the $21bn rightfully theirs was paid as wages instead of ending up as profit. With poverty a key factor driving people into slavery we’d have a double dividend—workers getting paid and poor members of society gaining an education to help protect them.

The Walk Free Foundation’s Global Slavery Index 2018 found modern slavery in many industries, including: garment manufacturing, mining, and agriculture. It also identifies laptops and computers, cocoa, garments, sugarcane and fish as the top five products imported into the G20 nations that are at risk of modern slavery in their supply chains. Just about any business could risk supporting inequality. In fact, modern slavery is second only to drug trafficking in the black economy, meaning some financial institutions may be laundering the proceeds, albeit unwittingly. Businesses and banks, directly or indirectly, benefit from modern slavery. At the same time, some of them actually support the fossil fuel industry and even champion climate denial, using profits for lobbying. Everything is linked to everything else. It’s clear we need to understand and address modern slavery with the same seriousness as GHG emissions, particularly given the not-always-apparent links between the two. If we can convince businesses and organisations to investigate supply chains diligently and take steps, we will reduce some of the most damaging inequalities. Simultaneously, we can remove money from the system. Money that’s fuelling the fossil fuel industry and undermining government efforts to combat climate change.

But modern slavery hasn’t received the same global attention as climate change. In 1997, the Kyoto Protocols extended the 1992 United Nations Framework Convention on Climate Change (UNFCCC) and was accepted by 192 parties. The Paris Agreement was signed by 195 parties in 2016. Despite an occasional perceived lack of engagement from governments, there has at least been a common framework and language created around climate change. The issue has been recognised as one that is shared by all, rather than the responsibility of individual states. Business has also followed suit, recognising there’s an issue. In December 2018, the Alliance of CEO Leaders drafted a letter to world leaders asking them to be ambitious in addressing climate change. While this may not have been followed-through with the same enthusiasm, the issue is out there and there have been efforts to define and tackle it at all levels, from consumers up.

This has not happened for modern slavery. There is no Paris Agreement for inequality. We lack powerful metrics similar to the carbon footprinting used to define and measure emissions. This makes it hard to assign targets and document progress. Likewise, unlike climate change, where we all speak the language, there hasn’t even been complete agreement on the definition of modern slavery. How can we properly legislate if we can’t even agree on what it is? With a few notable exceptions, such as the aforementioned Walk Free Foundation, created by Andrew Forrest, former CEO of Fortescue Metals Group (FMG), businesses have also been slow to proactively tackle supply chain abuses. In many ways, it’s been left to consumers to form a reactive, if decentralised, modern slavery police force, using social media to name and shame—a far cry from the organised accords, agreements and pledges being made around climate change by governments and businesses alike.

This needs to change. Modern slavery is just as damaging and as dangerous to the planet and people as climate change. If anything, it’s more immediate. We must come together as people, governments, NGOs and businesses to address and combat this issue. We need a common framework, effective legislation and recognise that individual, local Modern Slavery Acts such as in Australia and the UK aren’t enough. Once we firmly establish what the problem is, and how we talk about it, only then can we properly tackle it with the same global impetus and attention as has been placed on climate change. While we’re doing that, we can even reduce our environmental burden.