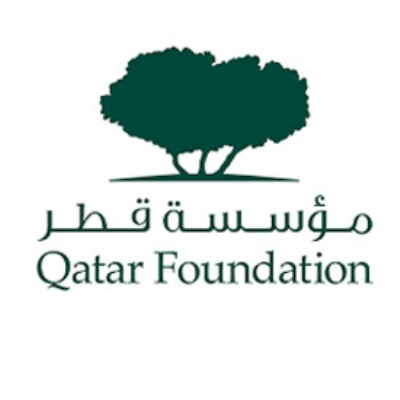 The QEERI blog
by Qatar Environment and Energy Research Institute

@QEERI_QA More from this blogger Create your own blog

Partnerships in space to avoid the 'jaws of death' on Earth

Last year, Sir James Bevan, the chief executive of the Environment Agency, warned that within 25 years England could face endemic water shortages. Or as he put it, speaking to The Guardian at the Waterwise conference, "the jaws of death".


Water use per person around the world continues to increase, which inexorably increases pressure on water systems and the groundwater sources they often rely upon. As sea levels rise, seawater intrusion into coastal aquifers will accelerate the collision of the supply and demand curves, threatening domestic and industrial water use but also the viability of agriculture.

The very idea of permanent water shortages was shocking for Bevan’s audience in a country that averages more than 1,400mm of rainfall per year. However, we in the arid MENA region face this challenge as a fact of daily life, particularly in the rapidly developing urban areas of the Gulf region, where annual rainfall is consistently less than 80mm per year.

Despite their seemingly inhospitable environments, deserts in North Africa and the Arabian peninsula conceal vast underground reservoirs that have made it possible for humans and animals to survive there. But the rhythms of how that water moves through the deep underground structures, what affects those rhythms and how climate change may be altering them is poorly understood. To ensure the sustainable use of these scarce resources, even as the human communities that depend on them grow and develop, improved knowledge of these ecosystems is essential.

For this reason, we at the Qatar Environment and Energy Research Institute (QEERI) at Hamad Bin Khalifa University recently announced a partnership with NASA to address the global challenge of water security and climate change.

Researchers from the Earth Science Program at NASA’s Jet Propulsion Laboratory are collaborating on a new initiative – the Orbiting Arid Subsurface and Ice Sheet Sounder (OASIS) project. Advancing from traditional methods such as core drilling and airborne scans, OASIS will establish a space-based capability to penetrate the surface and create rapid, near-real-time 3D imagery of the aquifers and how they shift over time. Think of it as the difference between an X-Ray and an MRI Scan. Not just a static picture but a model that encompasses changes over time.

The OASIS project will map the distribution of aquifers up to 160 feet (50 meters) beneath the desert's surface in North Africa and the Arabian Peninsula with an unprecedented spatial resolution below one mile (1.6 km). Scientists also plan to study how those aquifers originated, and how groundwater moves through the complex subsurface fractures that spread out like a spiderweb beneath the deserts.

The mission will also examine the Earth’s other most arid regions – the ice sheets in polar regions. OASIS will make it possible to measure in far greater detail how ice sheets are changing over time, enabling a better understanding of the likely impact on global sea levels. Melting ice sheets in places like Greenland and Antarctica, as well as thermal expansion of the oceans with increased global average temperatures, contribute to rising sea levels. This threat is popularly thought of normally in terms of the threat of inundation of low-lying coastal cities. But the exacerbation of saltwater intrusion into coastal aquifers is in some ways a more insidious threat, and one that can affect areas of the world where the effect of sea level rise will be – initially – less dramatically visible.

The idea that the problems of water supply in rainy England could be affected by the same factors as those in the driest parts of the Arabian Gulf is counterintuitive to many. And it can be tempting to think of these problems as neatly separated by national borders or vast distances. In a small country like Qatar, we’re perhaps more aware than most that this is an illusion. It’s why we are always seeking to partner with the best institutions worldwide, like NASA’s JPL, to form the fullest picture of how these interconnected issues affect each other.

Only by taking that partnership approach can we hope to avoid those very “jaws of death” that Sir James Bevan warned us about.