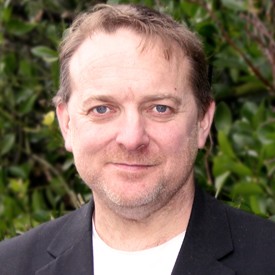 The Greener for Life vlog
by Winston Reed

Winston Reed is a livestock farmer and founder of Greener for Life. He established Greener for Life because he recognised the significance of sustainable food and energy production in regenerating the rural economy. The Greener for Life business has built and operates eight anaerobic digestion plants, with 8 further plants under development.

Kicking off edie's Resource Management month, I wanted to start this new series of vlogs by discussing my vision for creating a resource-efficient farming industry that has the potential to lead the world in closed-loop food and energy systems.

The UK will dramatically fall short of its 2020 renewable energy and transport targets, according to a recent report from the European Commission. The EU’s Renewable Energy Directive (RED) reports that the UK is targeted to source 15% of its total energy consumption from renewables by 2020.

Although the UK is on track to meet its power percentage generation targets, with 20% of the UK’s electricity needs provided from renewable sources, it appears that we are unlikely to hit targets in other areas – by quite some margin.

According to a report from the Energy and Climate Change Select Committee released in September 2016, the UK is less than half way towards meeting its heat targets. Transport targets are even less in sight, with the renewable share flat-lining at just 4.75%. Last month, the Commission issued a “final warning” to the UK over its consistent breach of air pollution levels.

The renewable energy sector has been propped up by Government incentives, which in light of these new figures, are clearly not working. If we want to reach the targets set out in the EU’s RED, the Government needs to reconsider its approach to renewables.

My company, Greener for Life, has built and operates eight anaerobic digestion (AD) plants across the South West, with a similar amount in development. AD has the potential to reduce the UK’s greenhouse gas emissions by 4%, which would save £1.2bn in carbon abatement costs and could supply the gas and electricity needs for 30% of the UK’s homes.

The AD plants use a mix of feedstocks, including agricultural and food wastes, to generate biomethane. This can be used for heat and production of electricity, injecting back in to the mains gas grid, and as green fuel to power trucks.

Last year, the combined output of all our plants put 600,000kWh gas and 120MWe electricity into the UK grid every day – and 320,000 tonnes of ammonia-free fertiliser as a bi-product of AD has been provided to farmers.

As well as contributing to the energy targets, AD could improve the transport targets. The aim for my business by 2020 is to be in a position to fuel 20 million road miles with green fuel from AD. We see a huge potential in the development of compressed biomethane that is a clean alternative to diesel in HGVs. Gas from AD could fuel 80% of heavy goods vehicles while emitting 70% less CO2, and is far cheaper and quieter than diesel.

We need a more sustainable way of living that provides consumers with a choice of efficient energy and food management systems. Through these systems, we can trace both gas and electricity in the grid back to its source, right down to location, production method and feedstocks.

During the last quarter of 2016, the UK ran coal-free for almost six days – the first time the country produced electricity without coal since 1881. There is vast potential for the use of ‘waste’ in energy production, and the revolution is starting, but we need a committed and innovative Government to help power the change.

March is edie’s Resource Management Month, with a series of exclusive interviews, features and podcasts running throughout the month to drill down on the most effective ways of driving a resource revolution.

From recycling and recovery to closed-loop solutions, our Resource Management Month will explore the various ways businesses can help to deliver an economy that has moved away from ‘take, make, waste’ to a circular economy-based model based on resource efficiency, re-use and redistribution.