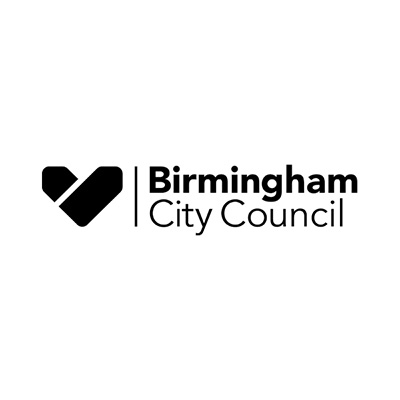 
As the climate crisis deepens, businesses are quite rightly being held accountable for the impact they have on the environment. As a result, recent years have seen a flurry of net-zero pledges and carbon reduction goals from businesses both large and small. These commitments are all admirable and necessary in the fight against climate change.

Critical to meeting these aspirations is ensuring that business operations are located in regions that share the same, if not more ambitious carbon reduction goals.

Take the West Midlands in the UK as an example. In the 18th Century, the region was the nexus of the first industrial revolution. Whilst it transformed daily life and advanced the economy, we now know that large-scale industrialisation has done more damage to our planet than we could ever imagine.

Fast forward to the present day and the West Midlands is leading a new green industrial revolution. Cities like Birmingham, Coventry and Wolverhampton are becoming an increasingly popular choice of location for organisations with bold carbon reduction targets, underpinned by a collective, ambitious commitment to net-zero carbon emissions by 2041.

Earlier this year, the multi-national engineering, design and consultancy firm Arup announced it would be creating its second-largest UK office in Birmingham in order to accelerate its transition to being net-zero carbon by 2030. Arup has been appointed by the UK Government as a sustainability consultant for COP26, it needed a home that has the infrastructure to support this area of work and help it meet its green aspirations.

It is easy to see why Arup chose the UK’s second city to locate its new office and advance its low carbon aspirations.  Birmingham is set to be the UK’s first sustainable global city with a low carbon energy infrastructure, building on its civic pride, commercial innovation and scientific achievement. To help deliver this vision the city has created a Green Commission, bringing together public, private and third sector leaders to develop a Carbon Roadmap.

But it isn’t just Birmingham leading the charge. Low carbon goods represent the fastest growing sector in the wider West Midlands, testifying to the region’s serious commitment to decarbonising an economy once rooted in manufacturing.  Meanwhile, Wolverhampton this year became the first English city to sign the European Circular Cities Declaration – an agreement designed to accelerate the adoption of circular economies across the continent. Wolverhampton joins a high-profile network of major European cities, including Helsinki, Oslo, Prague and Florence, committed to creating resource-efficient, low-carbon and socially responsible societies.

It is through the reduction of indirect emissions across its supply and value chain where businesses can really reap the benefits from locating in a sustainable city, particularly when it comes to green transport systems. Businesses need to locate where their employees can travel to work in the most sustainable, efficient and timely way. In a recent survey by PwC, half of respondents said that they were willing to pay more in travel costs to maintain environmental improvements seen during the Covid-19 pandemic, such as reduced pollution.

The West Midlands is a world pioneer in green transport.  It is leading the UK’s electrification of the automotive industry, with both the UK Battery Industrialisation Centre and a new Gigafactory both in Coventry. Coventry and Birmingham have incorporated the first-ever zero-emission hydrogen fuel cell double-decker buses as part of their fleet. Visitors to next month’s COP26 in Glasgow will also be able to see for themselves the low-carbon hydrogen-powered HydroFLEX train, the first of its kind in the UK. Developed in collaboration between the University of Birmingham’s Centre for Railway Research and Education and rolling stock company Porterbrook, the project will help to decarbonise the British Rail network. While HS2, which is Europe’s largest rail infrastructure, projects will deliver low carbon journeys and cut carbon emissions from other forms of transport.

Whilst green transport and mobility systems are important when it comes to reducing indirect emissions across is supply and value chain (the so-called “scope 3 emissions”), it is just one piece of the puzzle. The development and operation of office space in a sustainable manner is critical to net-zero business operations, with the UK Green Building Council reporting that 40% of all UK carbon emissions originate from the built environment.

To help combat this, Birmingham City Council launched Our Future City Plan, a template for a major change in our city. Using the climate emergency as impetus, we are setting a new direction, one where we aim for a zero-carbon approach to development. In addition to this, we will build inclusive growth principles into the very foundation of all plans to ensure that every citizen in Birmingham benefits from development.

Next summer will see Birmingham host the world’s first-ever carbon neutral Commonwealth Games. Our ambition to be a global leader in tackling the climate crisis aligns with Commonwealth Sport’s commitment to ensure that the Games leave a positive social and environmental legacy to come. The Birmingham 2022 Commonwealth Games Organising Committee has already made a huge commitment to reduce and offset its carbon emissions as part of preparations and delivery of the event, promote a range of low emission travel options during the Games and organise carbon-neutral international travel and accommodation for the Queen’s Baton Relay, currently traversing around the Commonwealth. This steadfast dedication to low carbon practices during the Games will undoubtedly propel the West Midlands into the sustainable spotlight but will also inspire even more creative initiatives to drive down carbon emissions in the region.

Businesses or projects who are serious about reducing their carbon footprint cannot achieve this in silo with the communities, cities and regions where they operate.  They need to be located somewhere, like Birmingham and the West Midlands, that shares the same aspirations and can be a partner not just a home to support their sustainability agenda.