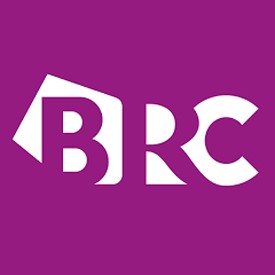 The British Retail Consortium (BRC) is the go-to trade association for all UK retailers, promoting the story of retail, shaping debates and influencing the issues that matter to the industry.

@the_brc More from this blogger Create your own blog

Plastic products and packaging are increasingly generating debate and discussion. And rightly so, as the extent of plastic pollution in the world's oceans is becoming clearer. Although there's strong commitment among retailers to tackling the problem, the industry's role is coming under some scrutiny.


Most recently, the Daily Mail, in conjunction with Greenpeace, published a news story centred around correspondence from the BRC and other trade bodies to DEFRA ministers about producer responsibility and deposit return for drinks containers, which has prompted some interest in our long-standing position.

We work openly and transparently with policy-makers and stakeholders and our position has always been clear, consistent and publically available. UK retailers are committed to long-term action to boost recycling and protect the environment and agree that low recycling rates and litter need to be tackled head-on. However, this needs to be done within the context of a broader and more long-term approach to improving household recycling rates and reducing litter. Decisions on specific products need to be taken in the context of the circular economy where all resources are valued and reused.

The retail industry is keen to work with Government to set a holistic framework, rather than dealing with issues individually. At the moment, the focus remains stuck on single issues, such as plastic bottles and black plastic trays, rather than a bigger and broader discussion on how we make a more meaningful difference across all products and the way our economy currently works. In many ways, this distracts retailers and others from agreeing a more comprehensive approach and from innovating in packaging design. Retailers are continually innovating in relation to packaging and recyclability and, investing with their suppliers, are pioneering a number of initiatives that could make a significant difference to the recyclability of packaging and use of recycled material, if workable and adopted at scale.

For example, retailers are working to set a minimum recycled content in their milk bottles and have introduced lighter coloured milk bottle caps to ensure that they are recyclable. The industry is also working to eliminate non-recyclable elements, such as PVC and polystyrene, from their packaging. The industry has also worked with WRAP and packaging companies to remove metal from trigger sprays with the result that 90 per cent of trigger sprays in the UK are now plastic only and recyclable. UK retailers are part of a cross-industry group that has committed to find solutions by the end of 2018 that will enable the recycling of black plastic. Our members are exploring the use of innovative packaging materials and approaches, such as: laser printed bar codes on fresh produce, fungi packaging as an alternative to polystyrene and egg boxes made from rye grass. Composite packaging, such as containers for gravy granules or cocoa powder, is being redesigned for some retail own brand products so that the tubes are 100 per cent cardboard and recyclable.

The UK has an existing kerbside recycling infrastructure, which could provide improvements with investment and the right support from industry, and efforts should be focused on increasing uptake of these existing schemes. While we agree that further improvements to kerbside collection are now required, the impact of initiatives such as a deposit return scheme, on UK retail operations and local authority recycling collections is not fully understood and could spell the beginning of the end for our current kerbside approach.

We have to consider the bigger picture and the long-term, rather than remaining stuck on single issue solutions in an ad hoc and piecemeal approach. The key is encouraging much wider behavioural change that makes it normal and widespread to recycle, and unacceptable to litter. Additional challenges are posed by the growth of on-the-go consumption and the need to match recycling infrastructure with this change in consumption patterns. Clearly, there is a role for industry here and we are open to discussions on how to reform the current producer responsibility regime for packaging to improve on the go recycling and reduce litter. However, these discussions must look at packaging more generally and the requirements of the EU Circular Economy Package, rather than being blinkered by specific products such as beverage containers.

edie webinar: How to solve the plastics problem

The latest webinar masterclass series will take place on 7 December. The webinar brings together retailers, manufactures and circular economy experts to discuss how we can achieve a much-needed shift in mindsets to catalyse change in this material flow and rethink the global plastics economy.

To learn more about the event or register for the webinar, click here.