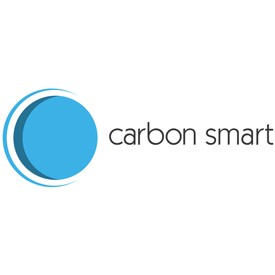 Science based targets: a journey of discovery

Setting targets for action on climate change has been both best practice and a dark art for some years. Businesses, with light pressure from NGOs and investors, have acknowledged for some time that targets need to be stretching and industry needs to take a leading role, but the question has remained - how do we know if, collectively, we are trying hard enough?


For example – a 10% absolute reduction in operational emissions for a business just setting out on its climate change journey might be achievable in a few short years – (I allude, of course, to the bountiful ‘low hanging fruit’ that the sustainability community regularly references). The same target, however, for a business more mature in its journey, could take many more years, with significant operational and structural changes required. And what is the result of either of these achieved targets in the context of the global emissions reduction required?  Depending on business sector, size, location and emissions profile, these efforts (whether easily executed or hard fought) could be highly impactful or woefully benign.

To address this, the Science Based Targets initiative (SBTi) is striving to level the playing field, and provide a recognised framework to ensure businesses (and wider sector-organisations), are aiming as far as they need to, to play their part in the global emissions challenge. The SBTi challenges signatories to set targets to cut the emissions they can influence, in line with the level of decarbonisation required to keep global temperature increase to below two degrees.

How hard can it be?

It appears to me that the SBTi, signatories and business advisors are all on this journey together.  There are a number of steps on the road to an officially recognised science based target (SBT) and the path certainly isn’t well trodden yet. The steps to be undertaken seem fairly straightforward at first glance, but there’s clearly a few years of finessing to be done before signatories, NGOs and advisors are all singing from the same hymn sheet.

Once an organisation has signed the SBTi’s commitment to act, they must develop their targets within 2 years.  This may sound like a long time, however anecdotal evidence suggests the time and effort required may take signatories by surprise – it took Land Securities a couple of attempts and a year from start to finish. Whilst Pfizer’s journey appears to have been much more straightforward – they had already set operational targets in line with the IPCC 4th assessment back in 2012, their recent work focussed on setting additional scope 3 targets to add to their basket of qualifying SBTs rather than starting from a blank sheet of paper.

Thereafter there are two further steps to setting SBTs – determining the right approach to setting targets and getting the targets officially validated.

At the outset, the SBTi were amenable to organisations submitting targets based on any approach that met the core SBT criteria, however, perhaps under pressure of increasing uptake, they have pared this approach back. Organisations must now model targets using one of the SBT's approved methods – which are broadly aligned to three approaches to climate change mitigation:

Finally, to get official recognition for an SBT, organisations submit their targets to the SBTi and their panel of adjudicators to ensure they pass muster. Whilst the SBT manual and criteria are still under modest iteration, providing some cause for concern for business advisors, the core requirements appear to be embedding well. Highlights include:

Who is on board?

After a slow start, some 220 businesses have now signed up to disclose their SBT in the next 2 years, in addition to 42 sets of SBTs that have already been approved. It’s likely that over the coming weeks, as the CDP investor and supply chain response deadlines draw nearer, we will see both of these numbers creep upwards, a sure sign that the scoring systems designed by the CDP are succeeding in assisting uptake of the SBTs.

In terms of where the momentum for SBTs is coming from – we are seeing the USA take the early lead with 17% (38) companies ‘committed’ (out of 220), followed by Japan with 11% (25) and then the UK and France 9% (20). Time will tell whether all of these commitments turn into approved SBTs.

And finally, in terms of which sectors are leading – the clear favourite is currently food and beverage sector businesses with over 20% of all approved targets (Coca Cola, Diageo, Kellogg, Kirin, Nestle and Tetrapak to name a few), followed by those working in technology.

What are the major SBT trends?

Whilst it is still too early to tell exactly which methodologies and target types will prove the most popular amongst SBT applicants (indeed as the SBTi councils – organisations must adopt the approach and targets with the earliest peak and least cumulative emissions, as opposed to the method most lenient or convenient), we have already observed a few early emerging trends:

With the early adopters setting the bar high, in terms of adopting direct, indirect and value chain emissions targets; and knowledge of the core target setting models growing, it will be interesting to see if the current trends persist.

Where does the journey end?

It is clear from the ambitious SBTs made public so far, that the SBTi framework is driving organisations to commit to more challenging, longer term action on climate change than ever before. The process of setting SBTs is, however, still very new and clearly quite hard to get right. It’s certain that a raft of in-house and business advisory work will need to be undertaken over the next few years until a critical mass of sectoral best practice can be leant on in this space. And finally, thereafter is the small question of actually hitting the targets…

Julie Craig is a director at Carbon Smart