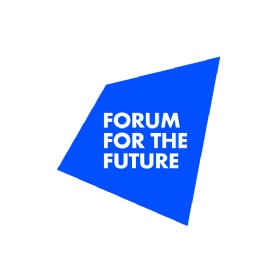 Scrolling towards a better future or coding for chaos? What the 'Onlife' means for sustainability

Half the world's population does something unimaginable every day. We each connect into a species-wide hive mind that reaches into our pockets, our screens and controls what we see, think and believe.


There’s no denying this digital revolution has been invaluable to logistics, commerce, education, service access, and scientific research and development. However, this bright new world, which should be a magic formula for mobilising around humanity’s greatest challenges, has steadily been co-opted by a novel for capitalism - surveillance capitalism.

Hallmarked by data exploitation, misinformation, polarisation and chronic distraction, many are feeling increasingly uncertain about the boons of the internet. What we term the ‘Onlife’ is the new normal, and it’s not just changing how we vote, interact and learn. It is increasingly the realm where our political and environmental fates are coded into reality.

We are entering a new stage of capitalism, argues Professor Shoshana Zuboff, which extracts our very human experience as the raw material for data fuelled business models. Everything that’s connected – apps, home assistants, smart metres – is part of a vast sensing network attuned to your every move. Whatever the service, from dating apps to food delivery, it’s just the lure into a spotlight where you can be observed, understood, predicted.

These dust trails of data we leave in the Onlife are sifted, siphoned and sold as a product to advertisers, creating an entire market from ‘behavioural surplus’, feeding everything from AI to advertising programmatics to political campaigns.

Understanding the dynamics of this new system and naming it is an important first step in reclaiming it. Next, we should also recognise that the system itself is neither inherently bad nor good, it’s the goal of the system that counts and helps us understand the consequences of the Onlife for sustainability.

The collective effort of Google, Alibaba, Amazon, Baidu, Facebook and others has built the largest human surveillance network conceivable. With them resides the greatest understanding of human behaviour that could possibly exist in the hands of rogue capitalism with commercial, rather than pro-social, goals. It means that the online realm in which we spend a vast amount of our day is built upon a predatory economic model that will endlessly corral and categorise you in order to better sell to you, shape your views and predict your choices. That’s the goal of the system, and so far it has not proved an unalloyed blessing for sustainability.

What does that mean for tackling global sustainability challenges?

Let’s look at three realms of the Onlife that make sustainability harder in a world under surveillance capitalism: politics, consumerism, and climate change.

First the political. We are all too aware of the polarising influence of social media on democracy and how it has subverted the expectations of those in power and made progressive climate policy a politicised debate. In part this is because it is so poorly regulated and partly because it is morally agnostic - Facebook or Youtube’s algorithms don’t care if the video you’re watching claims climate change is a conspiracy, the earth is flat or that vaccinations harm children, even though all are objectively incorrect. That means at a time we should be rallying around our greatest environmental and political challenge to date, we are fractured, divided and bickering behind our keyboards.

Secondly, consumerism. Surveillance capitalists seek dominion of our data for commercial ends, and this goes hand in hand with runaway consumerism. Our consumption-heavy lifestyles make up a whopping 60% of emissions and 50-80% of all land, water and material use. A large proportion of that is stuff we neither want nor need, pushed to us and bought by the tap of a finger, catering to our deeply held mindsets around convenience. Allowed to continue unfettered and we’ll shop our way beyond planetary boundaries in a decade.

Finally, climate change. Hugely significant but less discussed is the vast environmental cost of the internet age. The carbon cost of all our browsing is equal to that of the global aviation industry and set to take up 14% of our emissions budget by 2040 at current trajectories, and that’s all before you even consider emissions from mining and extraction of rare earth elements to manufacture the infrastructure of the internet. The hard fact remains that, while we figure out the moral questions, we need to rapidly scale the renewable energy revolution and circular e-waste solutions just to prevent our online lives from contributing to making the offline planet uninhabitable.

How do we respond?

Secondly, let’s be clear: this is not a fight against tech, it’s a fight against a  predatory form of capitalism. We must demand our governments to protect our privacy. We need our representatives to be well informed and able to hold big tech to account for privacy infringements and threats to democratic institutions. Europe is getting ahead on this, with GDPR an important first move, and the regulators are closing in.

We should also look to scale examples of tech for good, where the goal of the system is compatible with sustainability. Ecosia, for example, uses revenue from its Google-esque paid search model to plant trees around the world. Provenance uses unprecedented global connection to bring searing transparency to supply chains. The Conscious Advertising Network is pushing for better ethics in digital advertising.

Finally, we must also make an urgent call to tech giants themselves to use their powers to fight climate catastrophe, inviting them to join forces with the sustainability community to puzzle this out together. The onlife is an unprecedented tool for action, a periscope to pull the reality of our effect on the planet into sharper focus, a portal into each and every life, a node in the hive-mind of the human species. Only by fully realising its potential can we tackle the greatest challenge humanity has ever faced.

George Harding-Rolls is Senior Communications Strategist at Forum for the Future and co-author of The Future of Sustainability 2019.