I'm Andy Clarke and in my 41st year in the Energy Industry -when I started I called the bit I was in "The Gas Industry"! I described myself as "an Energy Manager without portfolio" or "The Best Available Energy Professional" -all of which translates as that ,after working for people like British Gas, MOD , Thales and Leicestershire County Council. Across the decades I've also picked up a lot of qualifications -BSc C.Eng MIGEM MEI CMVP AIEMA FEMA Chartered Energy Engineer plus qualifications in Marketing, Management and Business - if that gives any credibility? I, tweet as AndyCEnergy , am on Facebook and Linkedin and am working on my own website but I felt I wanted somewhere less formal to comment on the sometimes absurd world of sustainability and energy management -so here it is. Andy's Energy Musings - and that is what I hope they are -often without a direct point to make they are thoughts around the subject with asides which I hope will lead to thought in their own right - Let me know if they interest you and maybe I'll ramble round that subject in another blog. I hope I can provoke thought and entertain - If I don't at least I tried! I'm currently Vice President the UK Association of Energy Engineers and Chair of the NE Branch of the Energy Institute but I clearly need to say that my comments are mine alone!

@AndyCEnergy More from this blogger Create your own blog

Sending the wrong message: we don't care how hot the room is

It seems that the UK Government is beset with following the Law of Unintended Consequences. An example of an underused and possibly badly repealed law from 2014 might send the wrong message.


Some time ago, I was asked at a presentation what was the single measure Her Majesty’s Government could take to improve energy efficiency in the UK (implied with minimum cost and effort). My reply was: “put enforcement onto the Statutory Instrument 1980/1013."

As you may guess, that got blank expressions all around because no-one had the faintest idea what I was talking about! 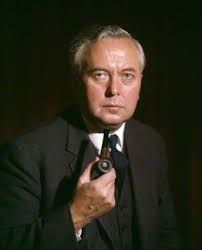 In the depths of an energy shortage (described as an 'oil crisis'- I’m old enough to remember), Harold Wilson’s Government passed SI 1974/2160 - snappily named the Fuel and Electricity (Heating) (Control) Order 1974. And in the depths of another crisis (“flight from oil”, I think), Thatcher amended it by SI 1980/1013. Pretty obscure, that?

The regulations were actually very simple; aware that, the hotter a building is (these were before widespread air-conditioning and hot computers on every desk), the more energy is being used to get it to that temperature and keep it there, they defined a MAXIMUM temperature to deliberately heat a building to (it could be hotter from non-deliberate sources like solar gain or equipment) - initially 20˚C and then 19C (yes the loss of the “degree” symbol is deliberate), because Thatcher was under greater pressure and she knew that the Carbon Trust would, in the future, state that 1C increase adds 8-14% to your bill. 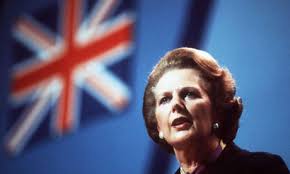 Beleaguered energy managers (like myself) have therefore been able to point to this legislation when occupants demanded higher temperatures as justification for our refusal. (Personally, I think 19C is too chilly for offices where people are seated at desks and usually allow 21C or so). The trouble is that legislation was completely without any enforcement powers. So no-one could make it happen and no-one could be prosecuted in any way for exceeding the maximum figure. So they were (apart from an excuse to justify conservation measure) pretty useless.

So... am I upset that The Fuel and Electricity (Heating) (Control) (Revocations) Order 2014 says: “This Order is made by the Secretary of State in exercise of the powers conferred by sections 1(1) and 17(2) of the Energy Act 1976(1). In accordance with section 1(2) and (3) of the Energy Act 1976, the Secretary of State no longer considers it to be desirable for the purpose of conserving energy to control the use of the substances mentioned in section 1(1)(a) of that Act, or of electricity, for heating premises.”? (It then goes on to revoke the previous SI’s on room temperature completely).

Well... yes I am. Previously, energy managers could say “It’s the Law”. Now, despite the financial pressure of higher (MUCH higher in some cases) energy prices, and legislation like the CRC Energy Efficiency Scheme, ESOS and Mandatory Carbon reporting, if someone tries to lower temperatures to reasonable levels, they can be accused of doing it to keep their job at the cost of the comfort of others or just being a “tree-hugger” (or worse, a “bean-counter” - only interested in reducing costs).

You could also decide from reading the legislation that the Secretary of State does not believe it is necessary to conserve energy – where is the climate change reduction measure there?
Now, no temperature figure (above those of the mandatory minimum) has any legal justification and anyone who objects can point out that all others are merely “guidelines” – what use is that?

If I had the authority, I’d reinstate the regulation (with a more sensible maximum temp of 22C and a minimum for cooling of 19C or so) and give it real enforcement powers with fines for breach. That should save a significant amount of energy – perhaps 10% of the heating/cooling load of the UK business sector (I wouldn’t apply it to homes, hospitals or similar as it would be unenforceable anyway).

On the other hand, if I were a politician with that policy, I’d be unelectable until climate change really bites (but the gripping hand is that we must make such changes if we are to survive - extra credit to anyone who understands the reference).

My advice to energy managers: get a policy for temperature agreed by senior management and recorded appropriately, so you can use it as a rule within the business (just try not to get your name associated with it so you can blame others).