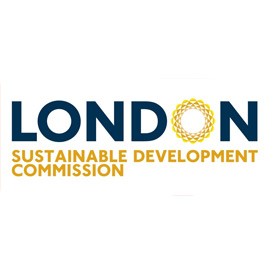 The London Sustainable Development Commission (LSDC) is a body that has an important role in promoting sustainable development in London and that provides independent advice on the sustainable nature of London-wide strategies, including those produced by the Greater London Authority (GLA). The LSDC works with the Mayor of London and others in the capital to help make this happen.

@LondonSDC More from this blogger Create your own blog

Taking the measure of sustainability

Managing what you measure remains as true a maxim as ever in the world of sustainability, especially given the additional impetus provided to governments, businesses and civil society by the UN's Sustainable Development Goals (SDGs). However, measuring progress on sustainability - whether for businesses or cities - is a complex task.


The London Sustainable Development Commission (LSDC) attempts to do exactly this for Londoners in its Quality of Life Indicators reports. The latest was recently launched and provides a much-needed temperature check on the city’s progress on sustainability.

Managing what you measure?

I have always had an interest in metrics, fostered by a training in science and environmental management and a desire to understand how things work, measure performance and then develop strategies to manage more effectively.

I get to bring my nous and passion for measurement both to my day job as a corporate sustainability expert and to the work of the LDSC. I am now one of the LSDC’s longest-standing commissioners, having been appointed by the Mayor of London in 2010. Being a commissioner is a voluntary, non-political role. We provide independent advice to the Mayor on how to make London an exemplar of big city sustainability. Indeed, one of the reasons I am a commissioner is that I am a Londoner and live here. I have travelled, lived and worked in many places, but I believe London is a great city and I wanted to help make it better.

Measuring performance in sustainability is not straightforward – especially at London-scale! Many factors can influence performance and understanding this interconnectedness and complexity is key.

As an LSDC commissioner, I have overseen the publication of their two most recent Quality of Life Indicators reports. These reports began in 2004 and draw on the most recent, existing datasets corresponding to indicators across the three, interrelated areas of sustainability: environmental, social and economic. In doing so, they provide a holistic snapshot of how sustainably the city is developing. They also provide evidence to support decision-makers – including the Mayor, boroughs, business, central government and others – in taking the actions needed to improve quality of life of all in the city, and to help London contribute to meeting global sustainability goals.

How does London measure up?

Our latest report examines 32 key indicators, and sets out progress since earlier publications. The good news is that progress is being made; many indicators are heading in the right direction.

For instance, London’s public transport mode share has increased from one of the lowest in comparable European cities in 1995, to higher than Stockholm, Paris, Brussels and Berlin in 2012.  London continues to be an economic powerhouse; gross value added per head in 2015 was more than 70 per cent higher than for the UK as a whole or any other region.  And more than a quarter of Londoners ‘give back’ to their communities through volunteering.

However, more needs to be done in key areas, and the pace of activity increased, to ensure that London becomes a truly sustainable mega city fit for the challenges of the 21st Century.

The report highlights an increase in social inequalities in London, with a widening of gaps in for instance access to affordable housing. The data show that between 2011 and 2016, buying a house in London became 40 per cent more unaffordable. Economic fairness also comes under the spotlight: Londoner’s disposable income varies widely by borough, and the most recent data reveal nearly two in five children are living in poverty.

The report also highlights areas in which the LSDC believes progress is being made, but where concerns remain about the magnitude of changes required. Among these is climate change. London's direct carbon emissions are reducing, but will need to continue to do so at scale to keep track with targets set out in the Paris Climate Change Accord. The Mayor has recently published numerous draft strategies with proposals to address these challenges, including strategies on housing, environment, transport, London’s economy and the London Plan; the LSDC welcomes and is commenting on several of these.

In terms of next steps, the LSDC will use the report to define its future priorities to sit alongside its current work on cleantech and innovation, and its developing work on green finance. It would also like London to be able to compare its performance against the SDGs as well as other internationally-comparable cities, and will be working to align the indicator set so that future reports allow us to do that.

What does this mean for CSR specialists?

I believe in taking an outcomes-based approach to sustainability, measuring the things that really do make a difference. We have tried to do that in our work at the LSDC, guided by what the Quality of Life Indicators tell us. Corporate sustainability strategies provide an opportunity to do likewise and integrate an outcomes-based approach into overarching business strategy. This process allows a business to connect with the social purpose and shared value it should have with its customers, staff, suppliers and broader citizens. So, for example, a construction company’s outcome for the refurbishment of a new school is not that the school was built on time, to budget and to the right design - these are outputs - the outcomes should be improved teaching facilities that lead to greater class satisfaction and attainment in exams. Of course, other factors influence exam attainment...but I did say it is a complex area - imagine trying to do it for a whole city!

Outcomes are really what we need to measure – and choosing the correct indicators for these is key. The SDGs provide a useful framework here. If you work for a London-based organisation or business that is aligning itself to the SDG's, the LSDC would be very keen to hear from you, to understand what metrics the business community is using. This will help inform our future reports, and our thinking on London’s role in meeting the SDGs.