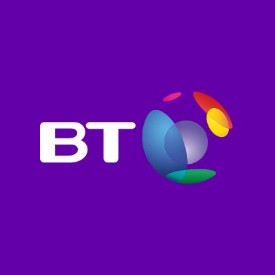 The BT Blog
by Gabrielle Giner

BT's head of environmental sustainability Gabrielle Ginér reflects on her time at the COP25 climate summit in Spain, and why science-based targets are driving the corporate sectors towards the Paris Agreement.


Approaching the COP25 summit venue from the metro, it’s hard to ignore Acciona’s billboards. ‘143 million people being climate migrants is not a change. Don’t call it change, call it a climate emergency.’ This is my fifth COP, and it’s clear the momentum towards a 1.5-degree pledge is growing.

The organisers have done a fantastic job of pulling it all together so quickly from Santiago to Madrid:  it’s good to see some familiar faces around and even better to see some new and younger ones too. I missed the demonstration here in Madrid at the start, but the voice of young people is present and heard.

That said, the most encouraging sign so far, has been the increased business take up of the 1.5 degree Celsius pledge. At the UN Climate Action Summit in September, the UN Global Compact, the Science-Based Targets initiative (SBTi) and the We Mean Business coalition announced that 87 companies had signed the pledge.

Today, that number has grown to 177 companies.

Representing 5.8 million employees, these companies have pledged to reach net-zero emissions no later than 2050.

When BT announced our 1.5 degree science-based target in September 2017, we were amongst a very small group of three companies. Now we’re part of a rapidly growing movement growing at scale.

Today’s pledge just shows the pace of change and what is possible. What we now need is for policymakers to follow suit. It’s clearer than ever that the only acceptable targets are net-zero targets.

At BT, we have set –a target to be a net-zero carbon emissions business by 2045.  We are collaborating with others to meet it, for example through coalitions like the RE100 and EV100 to send demand signals that drive innovation and change in the markets.

By collaborating with others, we want to send a signal to policymakers that it’s time to step up. Some already have, through initiatives like the Climate Ambition Support Alliance, which seeks to support climate-vulnerable country voices in international climate negotiations. Now we want to see stronger momentum towards COP26 in Glasgow 2020, to keep pace with ambition.

BT is up for the challenge and we hope that others will join us in setting their science-based net-zero targets, which will drive themselves, industry and policymakers to develop the right conditions for quicker, more impactful climate action.

As Antonio Gutierrez, current Secretary-General of the United Nations recently said: "Climate action is an idea whose time has come." Our direction is clear. It is 1.5 degrees.