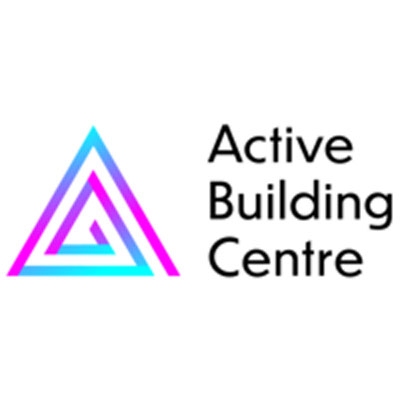 Ron Cowley is chief executive officer at the Active Building Centre, which seeks to revolutionise the way the UK designs, constructs and operates buildings by realising the potential for the integration of innovative renewable energy generation and storage technologies, coupled with state-of-the-art digital design.

@ActiveBuildingC More from this blogger Create your own blog

The challenge for Biden, Boris, and the rest of us

Imagine yourself several decades from now, settled happily in your rocking chair, when your wide-eyed great-granddaughter walks into the room. She fixes you with a stare and asks the question you have long dreaded: "What exactly did you do to cut carbon emissions from the UK's stock of homes and commercial buildings in the early twenty-first century?"


Now, I’ll admit – it may not play out quite like that. In the real world, small children don’t tend to phrase questions like policy papers, and even in my family, there is disappointingly little chat about Energy Performance Certificates and heat pumps from the youngest members.

But one way or another our generation will be held to account for the decisions we make – or fail to make – on green housing today. As things stand, those could be uncomfortable conversations.

For our leaders – for President Biden and Boris Johnson – the scrutiny will be intense. They know that more ambitious cuts to emissions, including the 78% reduction by 2035 announced for the UK last month, will not be possible unless we do more on the carbon cost of housing.

There are already plenty of criticisms that we are moving too slowly. Ministers are asked, for example, when we will see their strategies for decarbonising buildings and the country at large. But we all share some responsibility. Much as I’d like to see a few MPs on roofs installing solar panels, they are not going to solve all these problems for us. What gets announced at summits has to be implemented in the real world. The construction industry, organisations like my own, think tanks and even consumers are all going to need to act. I have a few ideas to get us moving. If I was a politician myself, I might call it a ten-point plan.

There is more that our governments could do. The Active Building Centre has already called for the new UK Infrastructure Bank announced at the Budget to fund upgrades for greener homes. A long-sought VAT cut on refurbishment and renovation would mean more of those upgrades took place, creating more green jobs for skilled workers.

It’s not all about new money though. We need a nation of smart homes that generate, store and redistribute their own energy, with electric vehicles charging outside. A tweak to the Future Homes Standard to mandate space for household batteries in new builds and a separate change to the way energy performance is assessed to take account of this storage capability would make all the difference.

In many cases, it’s not even new policy that’s needed. Let’s get the £300m promised for home upgrades when the Government scrapped the Green Homes Grant flowing. Let’s hear more about the mooted half-a-billion-pound trial of hydrogen for domestic heating and cooking, and a similar sum for decarbonising public sector buildings.

What about the rest of us though? What should we be doing for ourselves? While there are huge savings on household bills to be made, there will be extra costs in the short term as we transform our homes and buildings. The taxpayer is not going to foot that bill in its entirety. Sooner or later many of us are going to pay something and banks need to think now about how they make that possible.

So, we need a private-sector plan for help pay for upgrading existing homes. This is where the banks can step in. A well-constructed offer to consumers to finance new low-carbon technology like heat pumps in existing buildings could make all the difference. Interest rates are very low, and banks worldwide are keen to show how green they can be. It is an achievable aim.

The construction industry can do more too. Let’s have a statement of intent from big builders that greener homes will be constructed as regular features in major developments. It is not until we can all see the technology in action that we will really excite consumers.

That brings me to my own organisation – ABC. We exist to promote the understanding and commercialisation of innovations that help create low-carbon buildings. Part of that involves giving detailed advice on complicated topics to industry experts.

It’s also our job though to make this stuff straightforward and desirable. We need to collectively strip away the jargon and create a product that people can easily understand. A low-carbon home should be something they want to own, and for their friends to know they own. It should be what a home would be if it were marketed by Elon Musk.

None of us are going to meet this climate challenge alone, but the problem is now urgent. More demanding targets for cutting emissions will demand, in turn, swifter action. Our collective response will no doubt be imperfect. Big responses to big problems always are. But if we do enough, quickly enough, there is still a chance that we can look our future great-grandchildren in the eye when we tell them about the part we played.

More from The Active Building Centre