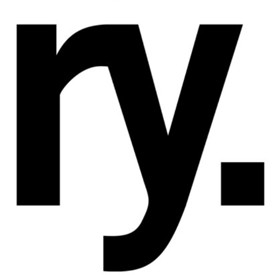 Radley Yeldar is an independent, London-based brand, marketing and communications agency. Our 200-strong team of specialists has been working with multinationals, start-ups, private companies and public bodies for more than 30 years. Together, we offer integrated services, including campaigns, reporting, sustainability and employee engagement – brought to life through film, experiences, print, digital content and platforms.

@RadleyYeldar More from this blogger Create your own blog

The impact of the Modern Slavery Act, two years on

The Modern Slavery Act shone a spotlight on the issue of modern slavery and human trafficking when it was written into UK law two years ago. But what effect has it had so far?


First, a quick reminder of the Act itself and the scale of the issue it seeks to address.

The Act requires all companies with a turnover of more than £36 million operating in the UK to publish an annual slavery and human trafficking statement outlining their approach to identifying and eradicating slavery in their supply chains.

According to the International Labour Organisation (ILO), 21 million people are victims of modern slavery, globally. Estimates suggest there are 13,000 victims of modern slavery in the UK and the number of people identified as slaves continues to increase each year. In fact, 3,085 people were identified as potential victims of trafficking by the government’s National Referral Mechanism in 2016, an increase of 17% from 2015.

Why is the onus on business?

Modern slavery risks are persistent in supply chains, particularly within sectors defined by the ILO as ‘high risk’; agriculture, construction, domestic work, entertainment, hospitality and manufacturing. The exposure of slavery within a company’s supply chain poses a significant reputational risk to companies, as well as impacting share price. Recent research by the Ethical Trade Initiative found that 25% of brands see investor concerns as a strong motivator to address modern slavery, up from 0% in 2015. And the cost of legal action and compensation to victims of slavery and trafficking can be crippling.

So, two years on, what’s changed?

Before the Act was introduced, modern slavery was a hidden issue. It just wasn’t a priority on companies’ radars, and if it was, it was considered a supply chain issue –  beyond the company’s direct remit. The Act has shone a harsh light on the issue, bringing it into the boardroom and sparking conversation across organisations. But their approaches to addressing the legislation seem fairly polarised.

On the one hand, there are a handful of companies going the extra mile to tackle slavery and trafficking across their supply chains. These organisations, such as John Lewis Partnership, Unilever and Nestlé tend to be the large, household names with more at stake. By using the Act as a trigger for change, they’re paving the way for genuine reform and ultimately, to make a positive and meaningful impact.

But on the other hand, the majority of companies seem to be taking a minimum-compliance approach. The requirements of the Act are relatively ambiguous. Just two elements are mandatory: the statement must be published on the company’s website with a prominent link from the homepage, and it must be approved by the board and signed by a director. However, research by CIPS in August found that 37% of supply chain professionals in businesses required to publish a statement had not read the government guidance.

It’s disappointing but it isn’t surprising. Of the companies I’ve talked to about modern slavery, most dismiss it as an issue that isn’t relevant to them - even those in the ILO’s high-risk sectors. They perceive the Act as simply another legal requirement that can be complied with at a very basic level.

Why has this polarisation occurred?

The Act is a legislative requirement that seeks disclosure and transparency via reporting. But these reporting requirements don’t necessarily drive real, tangible progress or a change in organisational culture. Companies that already have sophisticated human rights due diligence processes and remediation systems have been able to embed the modern slavery act requirements within these existing structures and affect tangible change from the outset. But for the majority of companies, these systems haven’t been established yet, meaning basic disclosure around the identification of modern slavery and human trafficking is a stretch.

It’s implausible for many organisations to consider the impacts they have beyond their tier one suppliers because they haven’t mapped their supply chains to a sufficient extent. The good news is that the Act is putting pressure on companies to start getting to know their supply chains, but this takes time.

When the Act was launched, government estimates suggested it would impact 12,000 to 17,000 companies. However, only around 3,064 statements have so far been collected by the Modern Slavery Registry. No action has yet been taken against companies that fail to publish a statement. Therefore, it’s become a law without repercussions, where stakeholders such as NGOs are left to police adherence -  CORE Coalition’s ‘Modern Slavery Reporting: Weak and Notable Practice’ is one such example. This lack of official enforcement, though, is hampering the potential impact the Modern Slavery Act could have.

Despite a huge push by NGOs, governments, standards setters, rating agencies and investors in recent years, human rights - and the multitude of issues that sit within the human rights sphere - still aren’t adequately acknowledged or addressed by most businesses. When the Act came out I was excited by the potential it could have to accelerate corporate approaches to human rights. But the truth is that many companies still don't know where to begin, or haven’t got sufficient resources or buy-in to implement the required due diligence.

There are upsides, though

Two years isn’t very long. Undoubtedly, the awareness of modern slavery has increased since the launch of the Modern Slavery Act, but real change will take time.

Already, the Act has spurred similar initiatives at an international level. French Parliament has introduced the corporate duty of vigilance law, applicable to the country’s largest companies, and new EU legislation will require companies to report on human rights within their annual reports from 2018. The G20 has made a commitment to sustainable global supply chains by committing to measures to eliminate child labour by 2025, forced labour, human trafficking and all forms of modern slavery. Australia is also considering the introduction of legislation similar to the UK’s Modern Slavery Act.

Collaboration will be key to accelerate change. For many progressive companies, the issue of human rights is seen as a pre-competitive issue. The Sustainable Development Goals (SDGs) have reinforced the importance of addressing modern slavery, specifically within SDG target 8.7. The launch of Alliance 8.7 by the ILO brings together companies from across sectors to advance this goal.

With any luck, the recent recommendation by the UK Parliamentary Joint Committee on Human Rights to introduce mandatory human rights due diligence will go a step beyond the Modern Slavery Act requirement for disclosure and reporting. Until then, stakeholders will continue to police company performance, and as leading organisations continue to raise the bar in terms of transparency and disclosure, a minimum-compliance approach will become unacceptable.