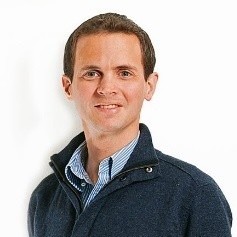 Jonathan Hampson is the UK general manager of Zipcar, a car-sharing company and rental company focused on lowering the environmental impact of the transport sector by redefining what green looks like and encouraging the use of alternatively powered vehicles.

@ZipcarUK More from this blogger Create your own blog

Our cities are facing unprecedented challenges. Urban populations are growing at a staggering rate and it is estimated that by 2050, 68% of the world's population will be living in cities. Such urbanisation puts pressure on every part of a city's status quo, and no transport is no exception - so how can we continue to move people around cities without worsening existing chronic congestion and air quality issues?


We believe passionately that offering a range of positive, flexible and cost-efficient options has to be the starting point, and that if we are to persuade people away from the traditional norms of car ownership we have to make the alternatives compelling. We also believe that these alternatives have to include ongoing access to a car.

This is where car sharing can form an important part of the future mobility jigsaw. By providing car access in a more efficient, sustainable way whilst preserving the functionality it brings, we have a great opportunity to remove the private cars clogging our streets and open up vital liveable spaces that will ensure our cities can continue to be places people actually want to live in and visit.

Car sharing is clearly only one part of the possible coping mechanisms that will facilitate future mobility. A forward-thinking, sustainable transport network needs to offer a full range of options to meet every possible trip type that modern-day city dwellers have. So which cities are leading the way?  How can London future proof itself?

Here are five cities that we think are leading the way when it comes to future-proofing transportation systems and giving people choice over how they get around in a sustainable way.

In 2015, Oslo made world headlines when it announced its intention to be the first European city to be car-free. To achieve this by 2019, the city has already started to prioritise people over cars, replacing hundreds of parking spaces with new and improved bike lanes and pocket parks. A pedestrian-only zone downtown, allows walkers and cyclists to explore freely and it has dramatically redesigned its streets, eliminating on-street parking. Car sharing is beginning to replace traditional car ownership, reducing the number of cars on the road, as well as the number of parking spaces required.

Hong Kong’s Mass Transit Railway (MTR) has been hailed as one of the best public transportation systems in the world, serving around 1.6 billion people per year. With free Wi-Fi at every station, a 99% punctuality record, over 1,300 shops at its stations, it combines technology, convenience and punctuality. The MTR’s Octopus smart payment card can be used for all public transportation systems, along with parking, dinners, and groceries, among other things.

Japan has committed to launching a driverless car system in Tokyo by 2020, to coincide with the city hosting the Olympics. Japan is pushing to test a self-driving car system on public roads this year. A Japanese conglomerate, SoftBank Group, has teamed up with General Motors to develop self-driving cars, with a $2.25bn investment into GM Cruise Holdings, the Detroit carmaker's autonomous technology division.

Argentina’s capital, a city of three million people, recently introduced two major bus rapid transit services.  The old 20-lane Avenue 9 de Julio–the widest avenue in the world - now has just ten lanes for cars. The remainder is a “surface subway” that combines aspects of a conventional bus service, with the comfort of a subway.  It used to take more than forty minutes to cross the city, now it takes an average of 14.

Like most capital cities, London’s increasing population means that new forms of mobility are needed to address the associated traffic, congestion, parking and commuting issues. Alongside the investments and upgrades to the public transport network, private car sharing and ride-hailing services continue to play a key part in providing Londoners with greater choice and flexibility, as well as fundamentally reducing the number of cars on the road. In 2018, at Zipcar UK we took this a step further by adding 325 electric cars to our London fleet (the largest number of publicly available shared electric cars in the country), thereby giving many Londoners a chance to experience electric driving for the first time. And Londoners have embraced the idea: since launching in July 2018 already 20,000 EV trips have been undertaken with Zipcar.

There is no doubt that cities need to provide choice and flexibility when it comes to transportation to ensure that people are making smarter choices. These choices will need to go well beyond an amazing public transport system and good walking and cycling options. The mobility sector is currently undergoing a revolution with new companies and ideas springing up almost daily. The options will be there, it is now up to cities as to how they embrace and implement them.