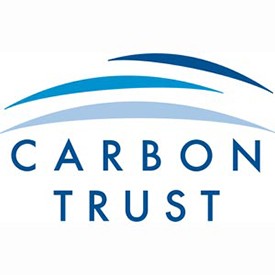 As part of edie's latest sector insight report, the Carbon Trust's managing director for programmes and cities Richard Rugg charts the progress being made across the sector towards a sustainable future.


On the international stage, we have seen local Government and other public-sector bodies thrust into the spotlight, becoming recognised as champions of climate change in a world where national governments are often failing to go far enough. This is especially true of major cities, who are setting ambitious goals and preparing themselves to face the increasingly evident impacts of extreme weather events.

Across the Atlantic, a wide range of cities and states are pledging to take a bottom-up approach to delivering on the USA’s commitments under the Paris Agreement, despite the Trump Administration’s intended withdrawal. New York City has even announced plans to reduce emissions in line with a 1.5°C trajectory and become zero-carbon by 2050.

Closer to home, Paris has committed to banning petrol and diesel cars from its streets by 2030. And the mayors of twelve major cities around the world, including London, have committed to buy only zero-emissions buses from 2025.

But against this backdrop of positive progress and high-profile leadership, it is important to remember that it does not show the whole picture.

While it is true that some organisations have made fantastic progress and rightly hit the headlines for doing so, it is also true that the overwhelming majority of the public sector is still well off-track when it comes to delivering on what is needed to address climate change.

Very often, the intentions are good, but the planning and implementation are lacking. This is true even within the UK, a country that has – by international standards – been a great example of coordinated progress with a track record of significant improvements.

Under the pathway set out in the Government’s recent Clean Growth Strategy to meet the UK’s Fourth and Fifth Carbon Budgets, the public sector will need to cut its current emissions levels in half over the next 15 years. This is a deliberately stretching goal, because the public sector can – and should – show other sectors what is possible. Collective action at scale helps to shift the market for more sustainable products and services: building skills, cutting costs, and pushing private sector organisations into making similar changes themselves.

Achieving reductions of around 50% by 2032 is not going to be easy, but nor is it going to be as challenging as many might imagine. Between 1990 and today, the public sector has successfully reduced its emissions by 40%. However, despite a lot of positive progress, in practice this is far below what should have been possible over that time period. To put it bluntly, there is still a lot of low-hanging fruit to grab.

Bolder action brings serious rewards as, in many cases, carbon and costs go hand-inhand. The annual energy bill for public-sector buildings in just England and Wales is more than £2bn. Through investing in cost-effective, energy efficiency measures, it is estimated that savings of around £860m a year could be achieved in the public and higher-education sectors.

Importantly, every taxpayer pound that is saved through this activity can be put to better use, which includes putting more into frontline service delivery.

However, this is easier said than done. Right now, public-sector bodies are facing very real barriers to progress. National austerity has taken a big bite into available resource and technical capabilities.

The spectre of Brexit means that most expect that things will get worse before they get better, meaning they will need to struggle on and find new ways to do more with less.

We are seeing a two-track system emerge, where there are those only just making their first steps into areas like strategic energy efficiency, alongside some early adopters that are already at the forefront of international best practice and pushing the frontiers of what’s possible. A policy framework is needed that pushes both of these groups to move forward at speed. This is an area where the Government has just finished consulting, with more substantive proposals expected in the coming year.

An empowered public sector can do more than just cut emissions from its own estate, which makes up around 2% of the national total; it can catalyse action across society. With greater vision and an increasingly sophisticated approach, organisations will be able to make better use of their powers in areas like procurement, planning, housing, education and transport to help drive reductions elsewhere in society. Getting it right could be the key to unlocking a low-carbon future for Britain.

The key drivers, challenges and opportunities facing sustainable business in the UK public sector are revealed in edie's latest sector insight report, which includes this contribution from the Carbon Trust.

The 27-page report includes the exclusive results of an in-depth survey of public-sector sustainability professionals, along with key industry facts and stats, inspiring sustainability success stories and best-practice case studies from an array of NHS Trusts, academic institutions and local authorities.