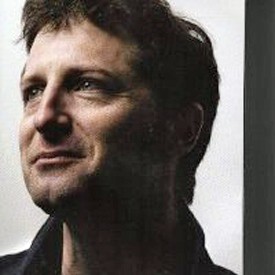 I have worked with Clear Public Space for over two years, and am constantly excited by our work. We run the 'A Future without Rubbish' project in Romania and London; and dramatically improve recycling rates through educating children and their households. Behavioural change is our goal and it is a long way off - but every long march, starts with one small step. One small step is our #StirCrazy campaign.

@clearpubspace More from this blogger Create your own blog

Three degrees of plastic bags and how they degrade

The claims and reality about plastic bags..... the reality is more positive than you might think, BUT as companies fight it out over their green credentials, we (consumers trying to do the best thing) and the environment suffer.


(Photo: a stork's nest in Transylvania, Romania - they fly from Africa to nest, and get this?!)

Plastic bags are problematic for the environment because, in short, they do not degrade very quickly. In fact, did you know that the average time for plastic to degrade is 450 years? (If Shakespeare had been drinking from plastic bottles, those same bottles would still be around today!)

To reduce their use, the UK government implemented a charge in October 2015:  A meagre 5p charge to shoppers has resulted in 6 billion less plastic bags used in the UK in one year. This miniscule change has had a massive affect: why do we think this is such a good thing?

In the main, there are three main types of plastic used in making bags:

The claims and then facts of each are as follows.., Hopefully by reading these, you can decide whether less bags is good news for us all and which type of plastic is best.

1) The claim for hydrobiodegradable/bioplastic and compostable plastic bags is that they are designed so that you can bury it in your garden compost unit, and then at least 90% of it decomposes: and it is also consumed by microbes (bugs): it goes through organic decomposition over several months. That is the claim.

The reality is that hydro is not designed for your garden waste – it has to go in an industrial composter.  And while ‘compostable’ must release 90% of its organic fraction - the LDPE portion of the plastic remains, for centuries. And, the process does yield carbon dioxide and methane, not good for climate and the Ozone layer. These bags are not recyclable.

2. The claim for Oxo plastic bags is that they biodegrade because an additive has been used in the plastic production process; biodegrading “the same as a leaf”.

The reality is that this is only partly true. Yes, they biodegrade (consumed by bugs) but only after they have fragmented. This fragmentation requires much regular heat, light and air. To best understand this, think of the ease of eating a big, tough boot compared to chewing through a soft, light slipper: that is what the microbes are doing, as it fragments - from hard boot to soft slipper. A research paper is soon to be published by a leading university in London which should really clear up the global confusions on this subject.

3. The claims for normal, LDPE plastic bags never focus on its degradability: because the reality is they last for centuries in their existing form. Considering that microbes and bugs cannot consume any element of them, really, are they recyclable at all? After all if a normal LDPE plastic bag had existed when Shakespeare was alive, it might still be around today. According to Axion Consulting (http://www.axionconsulting.co.uk/) “Film (bags) are more difficult to recycle in terms of economics, but technically they are fully recyclable”.

That was news to us, is it news to you?! Plastic bags ARE recyclable if the right mechanics are put in place.