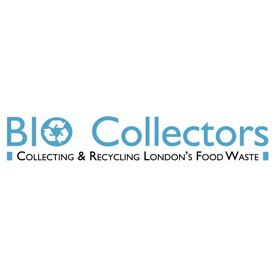 We must get behind wonky veg in the food waste war

As the food waste debate rages on, we need to leverage increased consumer interest to encourage real change in waste disposal attitudes and methods across the supply chain


Having been involved in the waste management industry for more than 40 years, there has never been such a laser focus on it as there is now. This is immensely gratifying to both me personally and to my business, which has worked exclusively on promoting the recycling and reuse of wasted food for over five years.

As with all burning issues, there is weight in numbers and the increased awareness of consumers coming to realise the ramifications of improperly disposing of food waste comes down to the involvement of major celebrity chef and TV stars. One of the most noteworthy is Hugh Fearnley-Whittingstall who recently took Sainsbury’s boss Mike Coupe to task over the lack of transparency in the supermarket’s waste footprint.

As a nation, we are wasting 15 million tonnes of food a year and while household and business waste are both big contributors, a great proportion is generated at source as supermarkets have historically refused to stock fruit and vegetables that aren’t perfectly formed. This could be avoided through not discriminating against ‘wonky’ fresh produce, and some big retailers have begun to address this issue in the past year.

Asda was the first of the big four to take action, launching ‘Wonky Veg’ boxes in February last year. By the end of April, the chain had already sold 160 tonnes, with a projection of shifting 500 tonnes by the end of the 2016. In March, Tesco introduced a ‘Perfectly Imperfect’ range that initially went live in 200 stores nationwide, before being considered for further roll out. Likewise, Waitrose debuted its version ‘A little less than perfect’ in February, which has been ramped up in subsequent months.

All supermarkets should be advocating the need to cut down on food waste throughout the supply chain, as well as with the end user as the issue continues to gain traction. Now that consumers are listening and plugging into the serious problem of food waste, we have a chance to really leverage change.

At Bio Collectors, we have always been transparent in adhering to and promoting the waste hierarchy. This is how the disposal of waste should be judged, with the most desirable outcome being the total prevention of food waste. Therefore, supermarket initiatives to accept all edible produce for sale demonstrates best practice – as well as better supporting British farmers.

Next in line is the reuse or redistribution of food, whereby charities such as FareShare (another edie blogger)and Felix come into play and we fully support the redistribution of food to those in need. However, once food has been thrown away, it is illegal to then retrieve it – even when in sealed packaging – and repurpose it. Secondly, when talking about large volumes, such as that produced by supermarkets, there are logistical issues in terms of the cost and practicality of transporting the goods.

In circumstances when redistribution is not an option, the best method of disposal is anaerobic digestion (AD), which is what we do. We are the largest food waste collection and recycling company in London, processing around 50,000 tonnes a year. Even if all London’s food waste was repurposed where possible, there would still be more than enough unavoidable food waste – the egg shells, banana skins and other inedible food – to fill all the AD plants in the capital to capacity.

As such, we are fully behind ‘wonky veg’ initiatives, and hope to see the remaining supermarkets follow the leaders soon.

The month of February sees edie shift the editorial spotlight to engagement, with a series of exclusive interviews, features and podcasts running throughout the month to drill down on the best way to bring the people you want on the journey with you.

From consumers to clients, investors to employees, ensuring your key stakeholders are on board and engaged with sustainability can mean the difference between success and failure. edie's engagement month will explore some of the most effective methods being used to drive positive behaviour change.