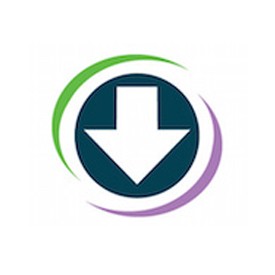 What did the Budget mean for energy managers?

The scrapping of the CRC came early in the Chancellor's budget speech, and with it the sense that this might not the be the whitewash on energy and climate change of some previous contents of his red box. There did follow a range of other tweaks for energy and climate change, but far from the policy 'reboot' promised by the Secretary of State last year at least, it was more of a sense of business as usual in the 2016 budget.


The headline statement of the budget is the ongoing funding for renewables through the Levy Control Framework (LCF). Despite their much reduced bounty, the FiT and RHI survive for now (albeit with the threat of further pruning), and with substantial allocation for the CfD, we will continue to see deployment at scale for less mature technologies.

Whether any of the balance of the £730m earmarked for this will end up going to mature technologies like onshore wind and solar after the next allocation will remain a politically charged question. But the treasury has essentially stepped up to the plate in terms of keeping the 2020 renewables target in sight, echoing the PM's positive comments on renewables from PMQs early in the day including a brag that 99% of UK solar panels had gone up on his watch.

For those in facilities and estates management or those focussed on utility management in their organisation, there is a fine line between public policy providing clear signals and support, and complicating and confusing the issue. For many the CRC was symptomatic of the latter.

Whilst the scrappage of this largely resented scheme will be welcomed, the board level attention its reporting and liabilities brought to utility efficiency did undoubtedly drive change.

It is reassuring that the costs impacts will still be felt for most businesses through the CCL, but without the often frustrating process of compiling and signing off of CRC submissions, these issues might get less limelight with all-important senior management, in turn catalysing fewer capital works and change programmes focussed on efficiency.

In the small print, there is more direct funding for storage and smart grids - good news for consumers as a whole, for whom these technologies should improve resilience and reduced costs in time. This may also drive opportunities for large users to play in the emerging markets of demand response and balancing services.

As far as energy efficiency goes, capital constraints are the chief bottleneck to progress. With less than 5% of commercial and industrial sectors running LED for example, it is clear that it's not technology or understanding of the opportunity that is holding us back, as I'm not prepared to accept that there is are many estates managers out there who aren't aware of the potential of refitting their lights.

Taking a step back then, we can hope that the reductions in business rates and corporation tax announced by the chancellor equate to an increased pile of cash for reinvestment and growth. It remains,of course up to energy and estates managers as well as those, like myself, in the FM or energy services sector, to make the case for our share of that investment.