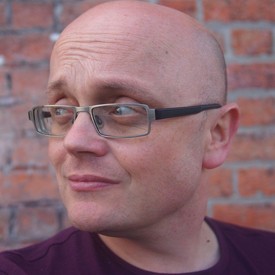 What the world needs now, is sustainable soy

Producing more responsible - and certified - soy will be critical in protecting the Cerrado region of Brazil.


This week twenty three major brands signed a joint letter calling for consolidated action to halt destruction in the Cerrado region of Brazil, the epic and biodiverse savannah that is less well known than the Amazon but still home to 5% of the world’s biodiversity.

At a high level summit with the Prince of Wales, hosted by his International Sustainability Unit, companies like Marks & Spencers, Ahold Delhaize, McDonalds, Nando’s, Tesco, Unilever and Asda Walmart launched a ‘statement of support for the objectives of the Cerrado Manifesto’ and commit to working with local and international stakeholders to halt deforestation and native vegetation loss in Brazil’s Cerrado.

One of the biggest drivers of the deforestation is soy production, and that’s why the global, multi-stakeholder organisation the Roundtable on Responsible Soy (RTRS) also announced its strong support for the newly-published manifesto.

Drawn up by more than sixty Brazil-based organisations, the Manifesto calls on companies and investors to take urgent action to ensure that their soy and beef supply chains are making no contribution whatsoever to deforestation and the conversion of natural areas to agriculture.

The Cerrado is considered one of the great natural areas of the world but has already seen half of its original area destroyed. Of the Cerrado’s more than 11,000 plant species, almost half are found nowhere else on Earth. It also stores the equivalent of 13.7 billion tonnes of carbon. Recent studies suggest that the emissions from losing only 31-34% of the Cerrado’s remaining vegetation would unlock than 2.5 times all the emissions reductions achieved in the Amazon between 2005 and 2013.

The agricultural area of the Cerrado expanded by 87% between 2000 and 2014, principally through soy production.

The destruction doesn’t have to continue, however. There are already more than 25 million hectares of cleared land in the Cerrado that are suitable for agriculture, and land already in agricultural use could be used more efficiently. That’s why the key to success, according to RTRS, is working with producers to bring certified, responsible soy to the market.

“Supporting growers and the wider soy supply chain to produce responsible soy to a zero deforestation standard that can be trusted, is the key,” according to RTRS president Marina B. de Engels.

“Already, RTRS members and growers are showing in Brazil that it is possible to produce soy to this standard, even while achieving business growth. We need to engage with local producers to become part of the solution, instead of being part of the problem.”

Although much of the world’s soy is produced in South America the main market for this vital commodity - whose scale is much greater than palm oil - is Europe, which is why the lead given by key corporate brands is so critical. By committing to deforestation-free, responsible soy across their supply chains, they can make a significant difference.

And supply chains are key because unlike other commodities, you won’t find soy listed directly on the ingredients list of most products driving deforestation. The challenge is that European consumers do not consume large amounts of soy directly; vegans are not eating up the rainforest. Due to a rising demand worldwide for meat products, soy has become one of the world’s biggest crops. The majority of soy is used as animal feed, with 80% fed to livestock, especially chickens.

Speaking this week as the 23-signatory letter was announced, Mike Barry, Director of Plan A  at Marks & Spencer, said: “Brazil has already taken important steps to protect its forests but there’s more to do for the important Cerrado ecosystem. Twenty three businesses, that collectively have huge buying power, want to source deforestation-free soy and, by coming together in this way, are sending a significant message to the whole industry that such an important region must be protected."

WWF have a long track record in action on soy and were key to drawing up the Cerrado Manifesto. WWF Global Soy Lead and RTRS Executive Board member Jean F. Timmers, underlined why for him, the work with producers will be a vital part of delivering progress.

"WWF signed the Cerrado Manifesto, is a key partner in the Collaboration for Forests and Agriculture, and considers RTRS as the only standard explicitly banning all conversion of natural vegetation, and a very useful tool ensuring the transparent implementation of this objective,” he said.

The bottom line? If we want to protect one of the world’s great remaining biomes, while working with and not against local producers, building European demand for certified, responsible soy will be key, as will getting more big brands on board with a passion for sustainability.

Endnote: Declaration of interest: RTRS and Asda Walmart are both clients of Creative Concern.